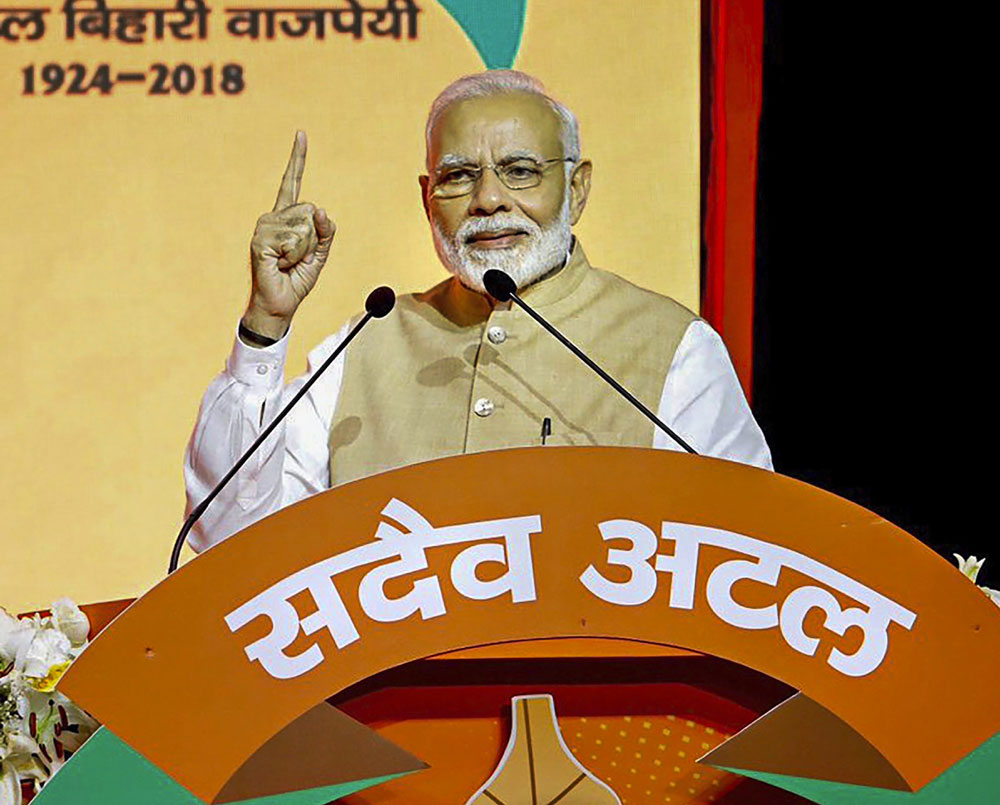 Prime Minister Narendra Modi on Sunday said that the doctrine of 'one nation, one poll was not being forced upon anyone, but there should be a debate on the issue.

Reporting Modi's address at the top party meet to the media, Union Law Minister Ravi Shankar Prasad said: "The Prime Minister said this (one nation, one poll) should not be forced upon anyone but there must be a debate on the issue.

"And this debate should not just be a political debate. Bar associations, youth parliament, trade bodies, teachers bodies... all should participate in the debate."