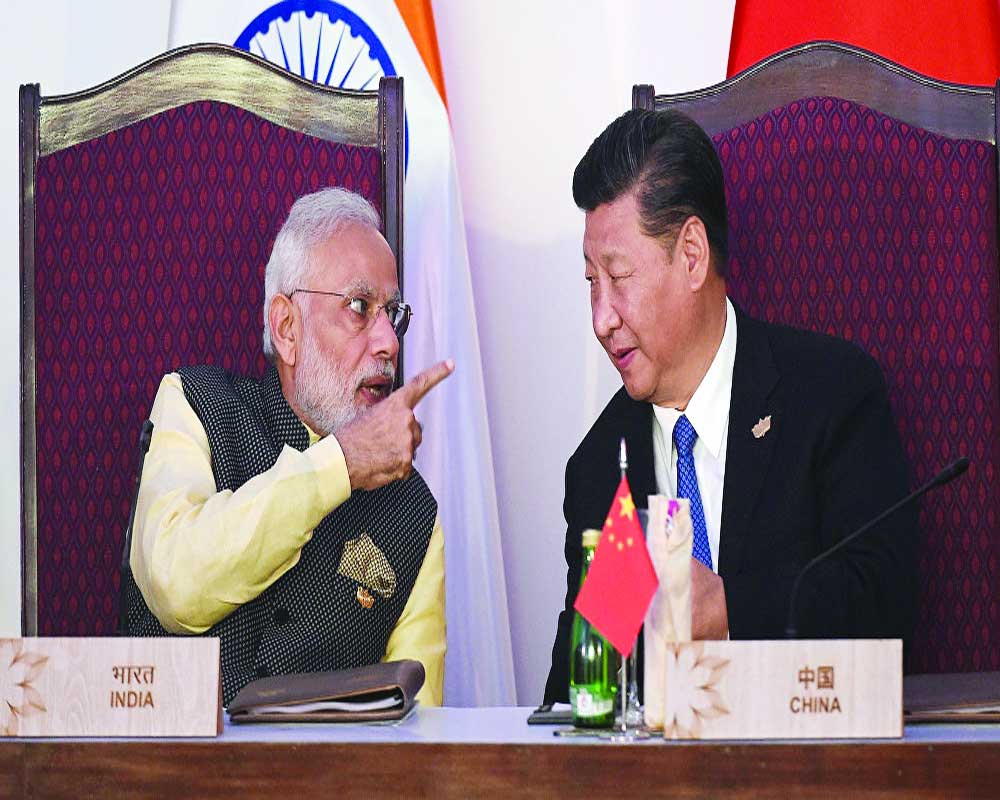 Despite contradictions between China and India at the RCEP summit and the latter’s refusal to participate in the BRI project, the two nations can develop cooperation in yet another endeavour

The latest round of the 16-member Regional Comprehensive Economic Partnership (RCEP) negotiations has yet again exposed frictions between Beijing and New Delhi, this time over the India-China trade deficit and market access.

New Delhi’s trade deficit with the RCEP grouping and China amounted to $105 billion and $53.6 billion in 2018, respectively. The tariff elimination under the RCEP may deal an additional blow to India’s economy, bolstering its trade deficit with the nations. In addition, New Delhi argues that it needs further access to the Chinese market for its key sectors, including IT products and services, pharma and agriculture.

Indian Commerce Minister Piyush Goyal backed out of the group’s ministerial meeting in Beijing, which was largely seen as a symbolic gesture, according to The Hindu. As a result, India was represented by Commerce Secretary Anup Wadhawan, who outlined the country’s demands at the meeting on August 2-3. Despite speculations of India’s possible withdrawal from the bloc, the country signalled on August 6 that it would continue the talks, according to the Hindu Business Line.

Amid the simmering US-China trade war, Beijing is pushing ahead with the RCEP, a proposed free trade agreement between the 10  member states of the Association of Southeast Asian Nations (ASEAN) as well as China, Japan, India, South Korea, Australia and New Zealand that was formally announced in 2012.

While neither clearly rejecting nor endorsing the initiative per se, New Delhi boycotted the first Belt and Road Forum (BRF) for International Cooperation in 2017 over the China-Pakistan Economic Corridor (CPEC) project. The proposed corridor passes through the Pakistani-administered Kashmir areas of Gilgit and Baltistan, claimed by New Delhi. The implementation of the Chinese-Pakistani initiative is tantamount to the recognition of Islamabad’s sovereignty over Gilgit-Baltistan in the eyes of India.

“The BRI, which seeks to alter extant political geographies and economic models, is China’s most potent tool in this regard. India is not part of this due to the violation of its sovereignty in CPEC passing from Pakistani-occupied Kashmir”, explains Amrita Dhillon, the founding editor of a New Delhi-based magazine, The Kootneeti.

On April 26-27, 2019, India did not attend the second BRF that took place in Beijing amid the simmering India-Pakistani conflict following the Indian Air Force’s Balakot operation in February 2019. For its part, India triggers China’s unease with its growing involvement in joint drills with the navies of Japan, Vietnam, Singapore and the Philippines as well as the US-led freedom of navigation operations (FONOP) in the disputed South China Sea, about 90 per cent of which is claimed by the People’s Republic.

Nevertheless, Beijing is seeking India’s participation in its endeavours: Being the world’s seventh-largest economy by nominal gross domestic product (GDP) and the third-largest by purchasing power parity (PPP), India could give a significant boost to China-led projects.

Thus, in July, Yang Yanyi, a member of the Foreign Affairs Committee of the Chinese People’s Political Consultative Conference, called upon India to join the BRI, arguing that “bilateral problems with Pakistan should not be turned into an India-China issue.”

Simmering contradictions do not mean that India and China are heading towards a stalemate, according to Adam Garrie, director of the Eurasia Future think-tank and Tom McGregor, a Beijing-based political analyst and senior editor for China’s national broadcaster CCTV.

AIIB is a way to soothe India-China contradictions:

Being founded in 2014, the bank is largely seen as a part of the Belt and Road project, although the two endeavours are not formally associated.

While the Modi Government has made it clear that it is not inclined to participate in the China-led BRI, India remains the bank’s founder. New Delhi enjoys the second-largest voting share in the financial institution after China. Additionally, India is one of the largest recipients of AIIB funds.

In February 2019, India and the AIIB inked a $455 million loan aimed at improving rural connectivity in Andhra Pradesh. According to the Indian Ministry of Finance, the project will “connect some 3,300 habitations with a population of more than 250, and benefit around two million people.”

“India’s rural regions remain largely impoverished and for the entire nation to succeed that requires more balanced regional development alongside urbanisation, industrialisation and modernisation campaigns”, McGregor presumes, adding that the AIIB “can play a crucial role to help eradicate poverty in the country.”

Having mentioned anti-China sentiment among Indian nationalist parties, the Beijing-based journalist opines that the improvement of India-China ties could become a win-win solution for both nations.

“Should [Indian Prime Minister Narendra] Modi choose economic expansionism, he must improve trade and investment ties with China and the US”, McGregor believes.

Adam Garrie echoes McGregor: “Although India has been opposed to membership in the Belt and Road initiative, India can and likely will benefit from closer cooperation with the AIIB”, the UK-based geopolitical analyst notes.

“It makes logical sense for India to work with the AIIB just as it does for countries like Turkey, Russia, Indonesia and Thailand”, Garrie says. “As such, the old expression ‘money talks’ is apropos when it comes to India’s position via-a-vis the AIIB. As things stand, India already participates in some BRI related projects but for political reasons will not likely ever sign up to BRI on the whole. That being said, AIIB is one important area where India and China can minimise tensions through win-win financial arrangement.”

According to Amrita Dhillon, “India is not opposed to China.” “In fact, it has always wished to promote mutual trade and shape relations between the two and join hands in focussing on innovative solutions for the Asian problems”, she points out.

However, the Indian journalist notes that China, for its part, needs to take India’s geostrategic interests into account in order to facilitate the development of the region.

“China and India share a long history of cooperation and AIIB is one of the important roads which connects Beijing and New Delhi”, Dhillon emphasises. “As of now, AIIB has approved six projects worth $1.2 billion in loans to India for infrastructure-related projects and an additional $1.9 billion is under review. Similarly, India’s cooperation in the Shanghai Cooperation Organisation (SCO) with China is growing, rapidly making it a platform to tap the potential of the relations India carries with the Central Asian Countries.”