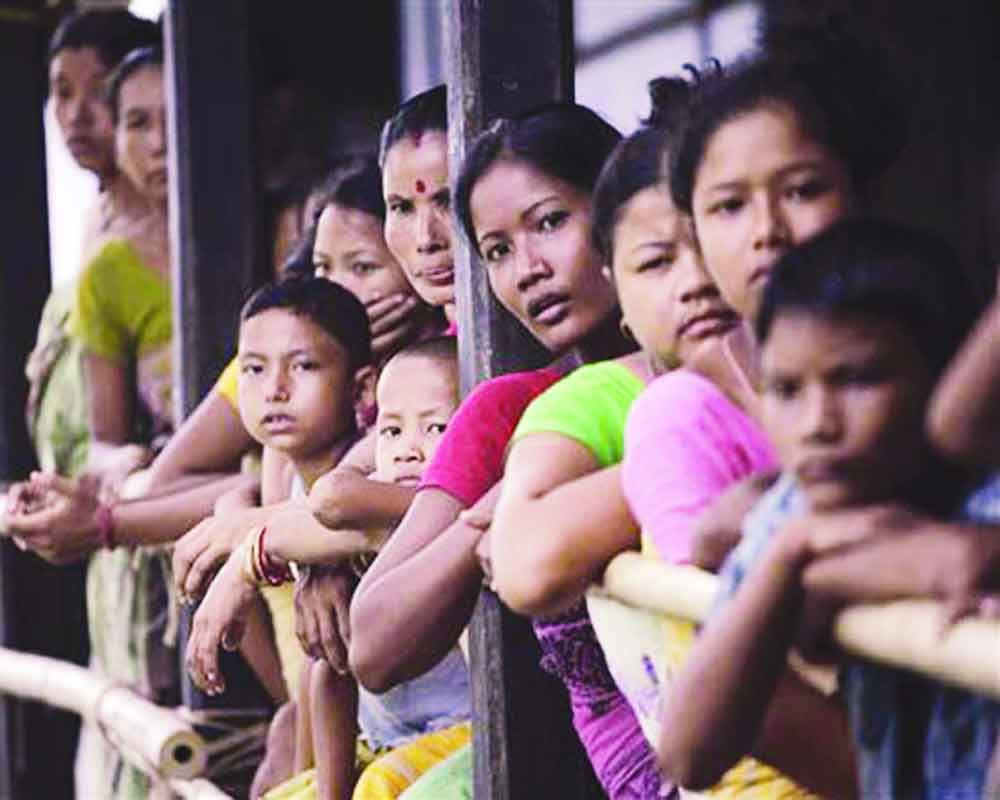 Leaders and intellectuals, who stand against the Citizenship Bill, must rise above partisan politics and understand that immigrants with Indic links deserve to seek refuge here

The anger in Assam and North-eastern States over the Citizenship (Amendment) Bill, 2016 is understandable but not justified. All these States must appreciate that Indian citizenship is a continuum of their civilisational heritage within the Indian Republic. Their leaders and intellectuals must rise above partisan considerations and accept that Hindus, Buddhists, Sikhs, Jains and Parsis (Christians cannot be abandoned either), fleeing jihadi terror in Pakistan, Afghanistan and Bangladesh, deserve refuge in India.

The current political leadership in Afghanistan and Bangladesh is not party to the persecution of minorities there but externally-funded fundamentalism is presenting serious challenges to governance in both nations. Pakistan is a cauldron of Islamic fundamentalism, which now seems beyond control. In Bangladesh, radicals have become morbidly intolerant of dissent, as attested by the brutal murders of bloggers demanding ordinary human decencies in society. Recognising this reality, Prime Minister Narendra Modi, while campaigning during the general elections of 2014, had asked the people, “where can persecuted Hindus turn for refuge if not India?” In response to a grim humanitarian crisis, the Centre is proposing that members of minority groups from the neighbourhood become eligible for Indian citizenship after six years of residency instead of 11 years at present. This applies to persons who entered India before December 31, 2018.

The tragedy of Bengali Hindus is a legacy of former Prime Minister Jawaharlal Nehru’s supreme indifference to the plight of refugees on both frontiers. His attempt to stem the tide of refugees from west Pakistan was robustly repulsed by Master Tara Singh. In Bengal, the great revolutionaries were no more and barring Syama Prasad Mukherjee, there was no one who could talk tough with Nehru and no organisation which could manage relief in the manner that the Hindu Mahasabha and the Gurdwaras did in Punjab.

Nehru’s attitude is best discerned in his letter to the then West Bengal Chief Minister Dr BC Roy (August 16, 1948): “I have your letter of August 4, about the influx from east Bengal…. But as I told you long ago, there is no reasonable solution to the problem if there is a large influx from east Bengal. That is why I have been terribly anxious throughout to prevent this, whatever might happen. I still think that every effort should be made to prevent it. I think that it was a very wrong thing for some of the Hindu leaders of east Bengal to come to west Bengal.”

Subsequently (August 22, 1948), Nehru added, “I have been quite certain right from the beginning that everything should be done to prevent Hindus in east Bengal from migrating to west Bengal…I think the Hindu leaders of east Bengal, who have come away, have done no service to their people. If as you suggest things have gone too far already, then naturally, we shall all do what we can but I shudder at the prospect and the magnitude of the human misery that will come in its train. To the last I shall try to check migration even if there is war”.

In other words, the leader, who abandoned the fight to regain territory grabbed by Pakistan in 1947-48, was willing to fight to keep unarmed, desperate and indigent Hindus away from Hindustan.

Syama Prasad Mukherjee resigned from the Cabinet on April 1, 1950, in protest against Nehru’s failure to take Pakistan to task for the continued suffering of his people. At a Cabinet meeting the same day, Mukherjee said, “What do you care for us Bengali Hindus? What do you care for the criminal assaults on our women?” (Soundings in Modern South Asian History, ed. DA Low) Enraged at the renewed exodus of Hindus, which he viewed as deliberate, he suggested an exchange of populations, which Nehru rejected vehemently.

The need to stem the flow of refugees on both sides of the borders and avert international opprobrium led to the Nehru-Liaquat Pact (April 8, 1950), wherein each side pledged to secure its minorities and give equality of citizenship regardless of religion. Both sides promised to help recover looted property, assist in the recovery of abducted women  and not recognise conversions made during communal disturbances. In India, the problem was especially grim in West Bengal, Assam and Tripura.

Dr Triguna Sen, former Union Minister for Education and former vice-chancellor of the Jadavpur University and Banaras Hindu University, observed in his book, The Marginal Men, “It is extraordinary how passively West Bengal accepted after Partition the uprooting and the near extermination of an entire people who participated almost to a man in the Indian struggle for freedom...” The Hindu population of east Bengal was almost entirely driven out by “riots sponsored by an Islamic State and social, economic and religious persecution of the Hindus by Muslims in collusive partnership with the bureaucracy…” The brutal massacres in various districts of east Bengal in 1950, however, provoked Hindus to retaliate and triggered a two-way exodus that “might have brought about an unofficial transfer of population and the natural solution of the communal problem in West Bengal”.

Nehru, for his own reasons, scuttled the de facto population exchange with the 1950 Accord. Thereafter, Muslims, who had left West Bengal, returned and Nehru ensured that their property was restored to them. But the tragedy of the Hindus continues to this day and has encompassed the Buddhist Chakmas of Chittagong Hill Tract.

Before shutting their doors on their Hindu brethren, the people of Assam must own responsibility for the illegal migrations that almost overwhelmed their State. Much has been written about the role of certain politicians in facilitating the influx (even before 1947), insinuating illegals into the voters’ list and helping them with ration cards et al. The Assamese allowed the illegals (overwhelmingly Muslims) to grab all vacant agricultural land and make deep inroads into the socio-economic and political fabric (as vote banks) before they finally protested in the late 1970s. Other States, unhappy with Bangladeshi immigrants, have only spoken now when humanitarian gestures are being mooted for Bengali Hindus.

What has the political and civil leadership of each State done to preserve their respective ethnic, social, cultural and linguistic identities? No women in modern Indian history have been so brutalised as the Hindu women of Bengal. Syama Prasad Mukherjee fought for and died in Kashmir. His daughters have a right to solace in their original motherland.