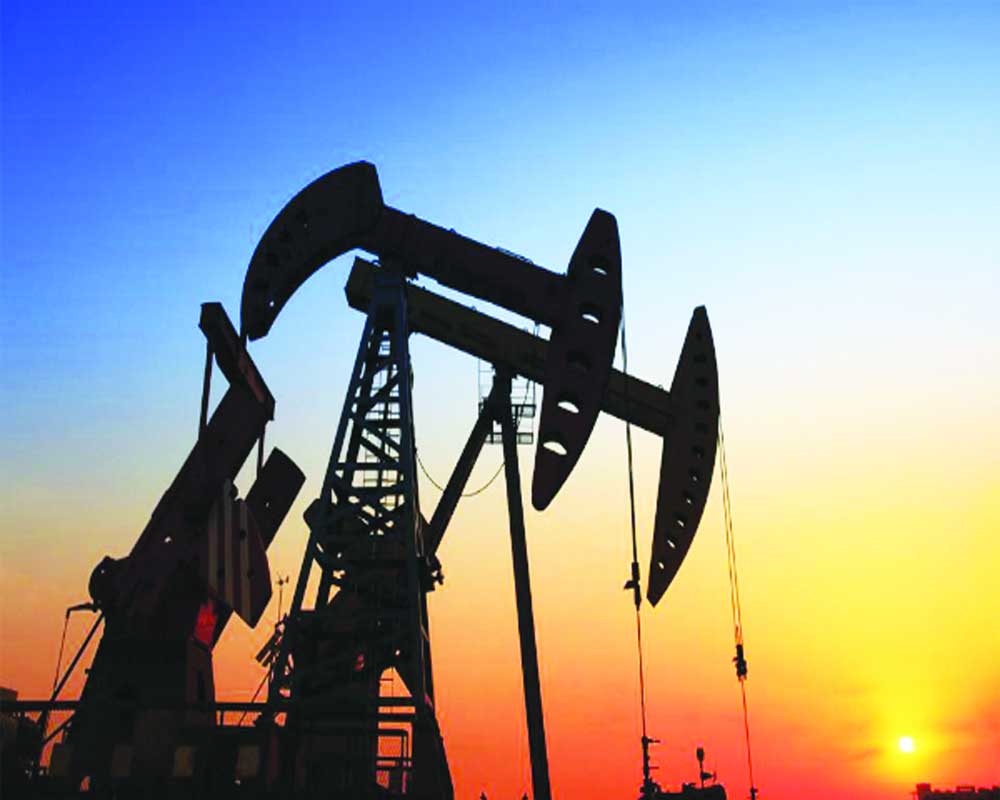 India must broaden its vision of oil security which should go beyond increasing indigenous production, to cover arrangements with other nations for assured supplies of crude and gas

Despite loud talk by successive Governments about increasing domestic production of oil and gas to make India self-sufficient in energy, we are producing less than 20 per cent of our requirement. The balance, over 80 per cent, continues to be imported. This heightens our vulnerability to a point whereby the slightest disruption in any of the major sources of imports (be it imposition of sanctions by the US against Iran or an attack on oil installations in Saudi Arabia) creates major ripples that have the potential to destabilise the country’s economy.

The problem is not lack of resources. India has 26 Sedimentary Basins (SBs) covering an area of 3.14 million square kilometres (sq km). But, the lack of a conducive policy environment and cumbersome regulatory processes have deterred global firms (who have the technology, expertise and capital) from investing in their exploration, development and commercialisation. At present, only six SBs covering 0.518 million sq km or barely 16 per cent of the total area are under commercial exploitation. Even these six SBs are sub-optimally utilised.

An overwhelming share of throughput comes from fields discovered over four decades ago in the 1970s, namely Bombay High and the  South Bassein fields and so on, with no major discoveries in recent times. The only exception were finds in the Krishna Godavari (KG) basin in the early 2000s, touted as ones that would contribute nearly 50 per cent of the country’s total gas production. Even that turned out to be a damp squib with the high-profile KG-D6 operated by Reliance Industries Limited (RIL) ending up with meagre reserves of about two trillion cubic feet (Tcf) against an initial estimate of 10 Tcf.

The Narendra Modi Government has tried to entice global energy giants by assuring a higher price for difficult deep/ultra-deep water fields on the one hand and giving flexibility to operators in choosing new areas with freedom of pricing and marketing under the 2017 Hydrocarbon Exploration and Licensing Policy (HELP) on the other. It has also tried to simplify processes for approval and reduce bureaucratic red tape. But controls on supply, distribution and use remain, even as multiple pricing regimes, depending on the supply source and hydrocarbon type, give confusing signals.

In the absence of any major breakthrough in securing a jump in production from fields already given under the 1999 New Exploration and Licensing Policy (NELP) and given the lukewarm response to the first three rounds of bidding held under HELP, it is unlikely that India would be able to reduce dependence on imports even by 10 per cent as committed by the Modi Government. The Centre will, therefore, need to explore other options for meeting the country’s oil and gas requirements.

The first option involves sourcing a major share of requirements under long-term arrangements with exporters, leaving a small gap, say 10-15 per cent, for buying spot to take advantage of price fluctuations, depending on global-demand supply at any given time.

India being the third-largest importer of oil and gas, we may leverage this to negotiate better prices. Joining hands with another major buyer, say China, could further improve the country’s bargaining power (but this is easier said than done). However, the threat of disruption always remains; due to the force majeure clause in such tie-ups.

A second alternative is for Indian companies to pick up equity stakes in foreign oil and gas assets with arrangements for buy-back. For instance, ONGC Videsh Limited (OVL), a Public Sector Undertaking (PSU), holds participating interest in over 40 assets in 20 countries. RIL, too, acquired assets in several jurisdictions. But this route is subject to a huge downside risk of erosion in the value of investment — as already experienced by both RIL and OVL.

A third alternative is one in which global behemoths such as Aramco — the Saudi Arabian Government-owned biggest petro giant and the world’s largest oil exporter — pick up stake in Indian companies which are focussed on refining and marketing of oil products. This route is free from the vulnerabilities inherent under the above two options.

It is also contemplating picking up 20 per cent equity in oil and gas assets of RIL. The most crucial feature of this partnership/joint venture is assured supply of crude oil by Aramco to meet 50 per cent of the requirement of the West Coast refinery. The arrangement is mutually beneficial. While, on one hand, India gets what it needs the most, that is crude in desired quantities on a long-term basis without any disruption, on the other, Saudi Arabia also gets what it needs the most, which is an opportunity to diversify its sources of income, thereby reducing its over-dependence on crude alone. There could not be a more apt example of the two countries exploiting synergies to the advantage of both.

Indian companies can pursue similar arrangements with other major suppliers of crude oil like Iraq, Iran and the United Arab Emirates (UAE), who will also be very keen to reduce their over-dependence on crude alone and make their economies immune to vulnerabilities resulting from price fluctuations.

From our perspective, even if there is loss of output in their crude production facilities, being a co-owner in Indian firms, they won’t cut supplies to the country. To take it a step further, the Government may even consider divesting its entire stake in oil refining and marketing PSUs to strategic investors who have ownership and control over crude assets.

As part of its ambitious programme of disinvestment to garner Rs 105,000 crore during the current year, it has decided to divest all of its 53.3 per cent shareholding in BPCL. If, it is sold to say Aramco or Adnoc, this will not only yield a whopping Rs 57,000 crore (at current market capitalisation of Rs 107,000 crore) but also ensure assured supplies of crude.

The Modi Government may also consider sale of HPCL — at present owned by ONGC which in turn is majority-owned by itself — to global energy majors. The sale of BPCL and HPCL won’t face any legal hurdles as the relevant legislations, which led to the creation of these PSUs, have already been repealed in 2016.

While, pursuing these initiatives, India’s political class needs to broaden its vision of oil security which should go beyond increasing indigenous production to cover arrangements for assured supplies of crude from all sources. It also needs to unshackle itself from the “socialist era” mindset that crucial assets such as oil must necessarily be owned by PSUs. In a world wherein supply chains are globally integrated, the focus should be on how best our economic interests are served rather than worrying about ownership.

The Modi Government should orchestrate its strategy combining the best of all available options like boosting domestic production, long-term contracts for supplies, letting global oil majors own equity in the country’s refiners and retailers and Indian companies acquiring oil assets abroad for ensuring adequate supplies of crude and gas to meet our growing requirements on a sustained basis.