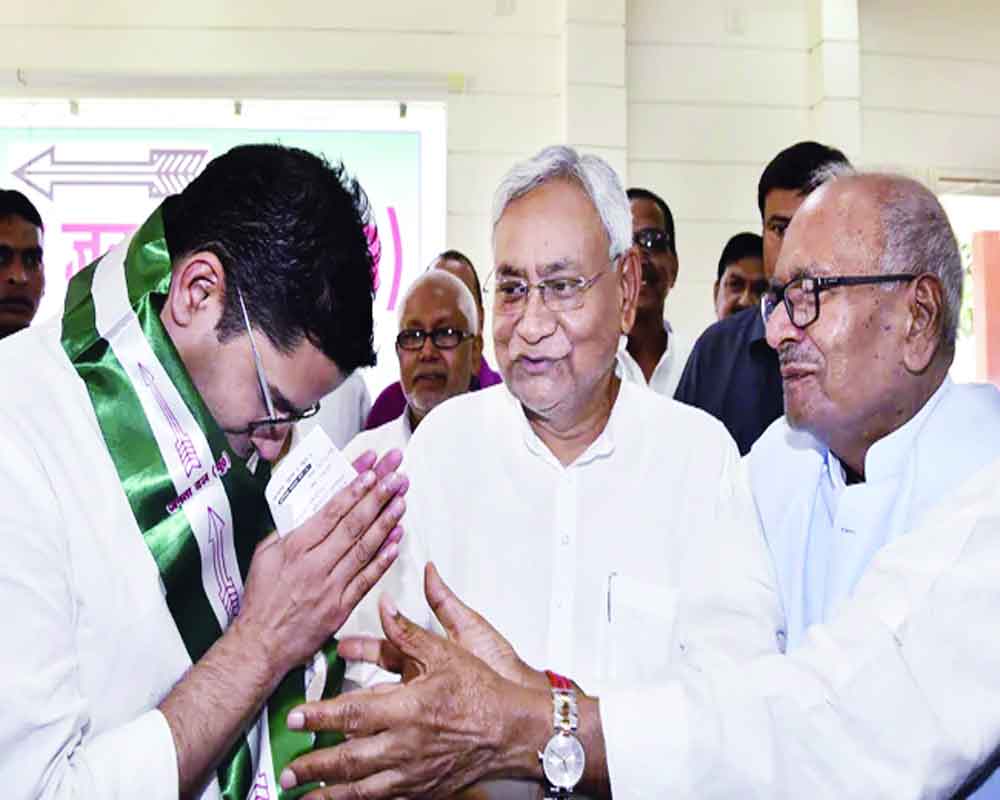 The Nitish Kumar government, in its bid at social reformation, has gone to the absolute limit of denial. The American era proves it was a social and economic disaster

The introduction of prohibition by the Nitish Kumar government in Bihar has caused tension from the beginning. It is not surprising since the experiment has been initiated in a state that incidentally borders Nepal, which is an independent country. From the viewpoint of law and order, prohibition is a difficult measure to enforce as the Bihar-Nepal border is porous. Nevertheless, for womenfolk in rural India, a teetotaller husband is a most welcome introduction as it enables family life to be more peaceful as well as comparatively prosperous. For the middle and poorer classes, money spent by the husband on liquor burns a big hole in the family budget. So the Nitish Kumar government, in its bid at social reformation, has gone to the absolute limit of denial by not even allowing liquor permits for the old and the medically weak. This is unlike prohibition in other states, which allow a monthly quota for spirits certified by a government doctor. This means that those people who cannot survive without some alcohol must quit Bihar. What effect such a strict prohibition would have is yet to be seen.

It is noteworthy that prohibition has failed to endure in India, be it in Tamil Nadu or Maharashtra, except parts of Gujarat. There are reports no doubt that illegal drinking does take place. So the state exchequer misses out on the revenue except on what is sold on the permits. On the extra-legal quantities, there are reports of backdoor incomes being earned by those in charge of implementation of the measure. In Gujarat, apart from the permit holders, the consumers have two other points of relief. The Union Territories of Diu and Daman are free from prohibition. These two towns, until 1961, were under Portuguese rule and were accustomed to entertaining customers for a merry evening life. Diu is situated on the southern coast of the Saurashtra peninsula while Daman is located in south Gujarat. Besides, it is easier for Gujaratis to accept a denial of drinks than Biharis. Since Gandhiji originated from Gujarat, it became embarrassing for Gujaratis to insist on alcohol and Bapuji’s thoughts shaped their social behaviour patterns. Bihar has a lesser reason to feel awkward in resisting prohibition.

There is a silent irony of prohibition in Gujarat, which has been overlooked by its own people as well as its observers from outside. The business of Mumbai was developed largely by Gujaratis, the trading by the Hindus, Khojas and Bohras, while industry and big finance were cultivated by the Parsis. Why is it that the same Gujarati-speaking people have not been able to take either Ahmedabad or Surat to comparable  business benchmarks in Mumbai? Why didn’t Gujarati genius flourish in its home state? The clue to the answer lies in a casual remark of the writer’s co-train passenger many years ago. In the course of the ongoing conversation, he happened to say that while he liked to live in Mumbai, he was comfortable running his spinning mill in Gujarat. That way he could get dual benefits — the industrial peace of Gujarat and all the creature comforts of Mumbai. The metropolis has high society, club life, five-star hotels, schools and colleges for his children and the wondrous seaside in Juhu, Versova, Chowpatty or Marine Drive. Many bank headquarters and  financial institutions are headquartered in Mumbai. Most international flights touch the city. Where in Gujarat could he find all these facilities?

Does the key then lie in prohibition? Let us see. For a flourishing club life, as well as for luxurious hotels to be sustained, an easy availability of drinks is a necessary ingredient. A club life comparable to Mumbai’s is nowhere to be found across Gujarat. To drink by oneself, perhaps with a friend or two, is not the same, or even comparable. If the owners of industry and the movers of commerce do not reside in the state, it cannot grow or develop in the way they do, say in Mumbai. In the bargain, nor do schools and colleges get established on the same scale. All in all, therefore, the state cannot be a destination for the aspirant.

The US has a fairly comprehensive experience of prohibition across the country for 13 years, between 1920 and 1933. Fortunately, a good deal was reported and written on the experience while it was under way. Moreover, detailed analyses of the experience were made by social scientists after it was over. Underneath is quoted a summary of what Prof Mark Thornton of Auburn University published.

National prohibition of alcohol — a seemingly noble experiment — was undertaken to reduce crime and corruption, solve social problems, reduce the tax burden created by prisons and poor houses and improve health and hygiene in America. The results of that experiment clearly indicate that it was a miserable failure on all counts. The evidence affirms sound economic theory, which predicts that prohibition of mutually beneficial exchanges is doomed to failure. The lessons of the Prohibition era remain important today. They apply not only to the debate over the war on drugs but also to the mounting efforts to drastically reduce access to alcohol and tobacco and to such issues as censorship and bans on insider trading, abortion and gambling.

Although consumption of alcohol fell at the beginning, it subsequently increased. Alcohol became more dangerous to consume; crime increased and became organised; the court and prison systems were stretched to the breaking point; and corruption of public officials was rampant. No measurable gains were made in productivity or reduced absenteeism. Prohibition removed a significant source of tax revenue and greatly increased government spending. It led many drinkers to switch to opium, marijuana, patent medicines, cocaine and other dangerous substances that they would have been unlikely to encounter in the absence of prohibition. Those results are documented from a variety of sources, most of which, ironically, are the work of supporters of the Prohibition era. These findings make the case against our prohibition that much stronger.

Where then lies the solution or the synthesis to minimise the consumption of liquor? Prohibition, in a blanket form, may be difficult and expensive to enforce. On the other hand, the social, family as well as health considerations are important. One suggestion is that every adult above 25 years be allowed to acquire an annual permission to drink,  whether foreign or Indian. The fee could be say Rs 50,000 per permission. For someone who cannot afford so much money, he/she should be able to acquire a permission for say Rs 10,000 but allowed to buy and drink only the desi variety. Enforcement should be comparatively less difficult because every policeman would have his eye on anyone drinking and have the authority to check the permit. If such checkers prove greedy, they would in turn induce the drinker to get himself permission on payment of a fee. These fees should be a source of revenue and with the income, the taxes on liquor could be reduced. This in turn would make the sale of spurious and harmful liquor less tempting.