Tipping points for an electoral victory

Tipping points for an electoral victory 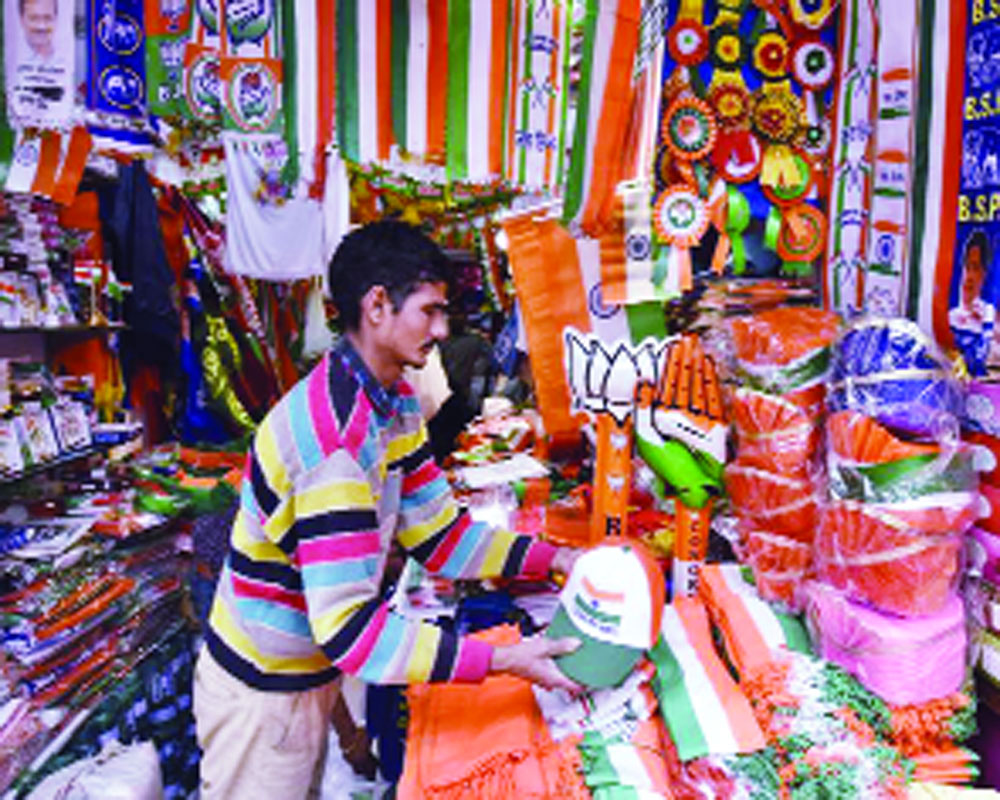 Gripping as much the coming general election gets, political parties must pay heed to the often neglected but always key factors that can swing seats in their favour

With high-stake polls round the corner, several important factors come into play for an electoral victory for any party. These components often influence the voters but are not constant as they keep changing according to the political situation at a particular period of time.

As in every election, several important aspects are emerging in the coming polls, too. For instance, the ‘Modi factor’ could play a key role. The BJP believes that ‘Modi magic’ will work this time too as India is gradually accepting of personality politics. However, the Modi of 2014 was a relatively new phenomenon. After five years of the BJP’s rule, the people have seen him, heard him and assessed his performance. Anti-incumbency can be an important factor for Modi as his report card is not very flattering. The bottomline is whether people are willing to give him one more chance or not.

Priyanka Gandhi Vadra, the latest entrant into politics as the Congress’ general secretary, has also emerged as a significant factor. There is a kind of newness and untested quality about her and through her articulation, presentable persona and the Gandhi family’s mystique, she can play a disruptive role. However, political analysts feel Priyanka Vadra will have a “limited impact” as political arithmetic, caste politics and alliance challenges might make the going tough for her. Also, she joined politics too late.

Bahujan Samaj Party (BSP) supremo Mayawati has been in politics for decades now but she has emerged as a force this time because the BSP is being touted as an important player. Many parties are turning to Mayawati because the BSP’s votes are transferable. In Uttar Pradesh, if the gathbandhan wins a sizeable number of seats, she will play the role of a king-maker in case there is a hung Parliament. She also has prime ministerial ambitions.

Rashtriya Janata Dal chief Lalu Prasad, though serving his sentence in Ranchi jail, is an astute player in Bihar. Feedback from the State is that the jail sentence has created sympathy for the leader and using this, he is planning to turn the tide in favour of the RJD-Congress alliance.

National security has become a crucial factor, which the BJP wants to milk to the full extent as Pulwama and the retaliatory Balakot air strikes have become the pivot of the party’s poll narrative. However, it may be difficult to sustain the momentum for the next two months as the Opposition wants to bring back real issues like jobs, demonetisation, Goods and Services Tax and agrarian distress among others.

Rural distress is expected to tilt the scales too. Though the BJP is seen as an urban party, rural voters played a big role in 2014 and endorsed Modi. But they all stand disenchanted with the party after five years. Agrarian distress is an equally important component in view of the increasing number of farmers’ suicides. This was said to be one of the reasons for the BJP’s defeat in the three States in the Hindi heartland in December. The farmers must be wooed and cajoled if Modi wants to come back.

Jobs might be yet another determinant as the youth are disillusioned ahead of polls. Modi has not been able to provide the number of jobs he had promised in 2014. The unemployment rate rose to a 45-year high during 2017-2018. This issue could overtake all other issues for young people.

Women voters, too, have become important for political parties. According to data from the Election Commission of India, the average turnout in general elections increased significantly in 2014 and the gender gap in terms of voter turnout was also lowest in the last general elections since independence. Significantly, the BJD has announced 33 per cent reservation for women in the coming Lok Sabha polls. The Trinamool Congress has set aside 41 per cent of the seats while Congress chief Rahul Gandhi has announced 33 per cent reservation for women in Government jobs. The BJP, too, is wooing the women through many Government programmes.

World over, many leaders have won and lost the election on the economy factor. In fact, Modi came to power riding on economic issues. However, initiatives like demonetisation and GST did not go down well with the electorate. The Opposition is hoping to pin him down on economic issues.

Caste is a reality in every election and the electoral arithmetic is mainly based on this. Most parties select their candidates based on their caste. Above all, social media has become an important factor for the campaign and influencing voters. All parties used this medium in 2014 and more so now. The interplay of these factors or a combination of them would be important for the results of the poll. Parties have to develop a multi-pronged strategy to emerge victorious.