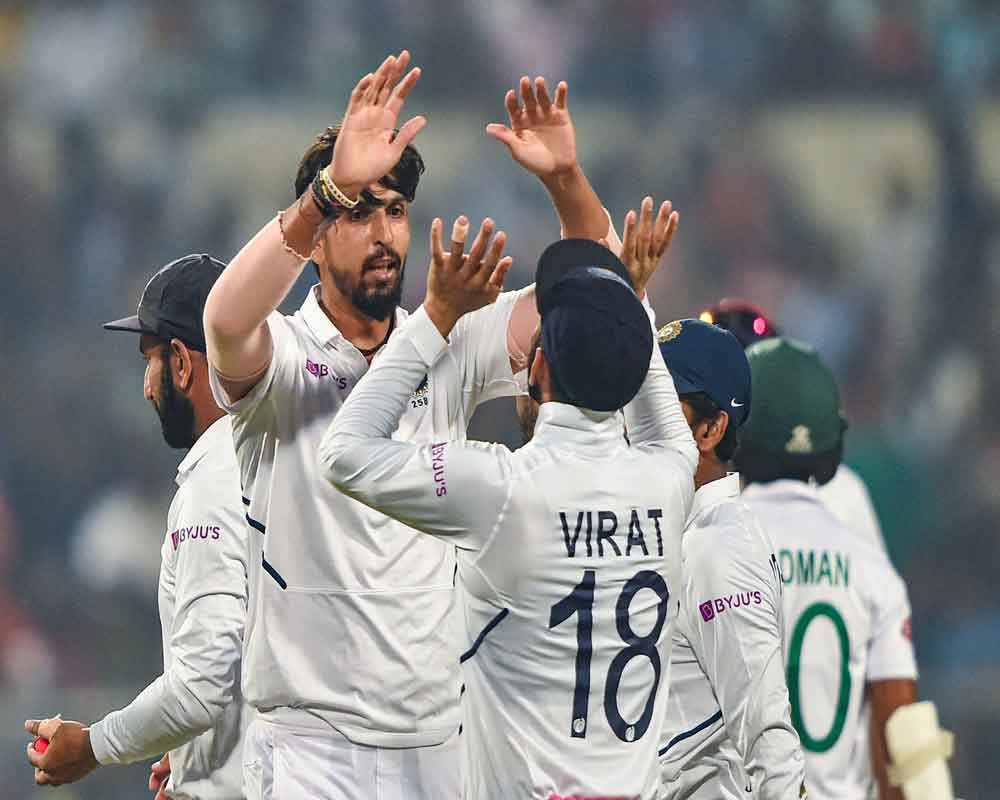 An untested pink ball was not able to reduce the glaring gulf between the two teams as India bulldozed Bangladesh by an innings and 46 runs in their first ever day-night Test to record a 12th home series win in a row.

With Bangladesh resuming their second innings at 152 for six on day three and trailing India by 89 runs, it was simply a matter of time for the home team to complete formalities.

The Virat Kohli-led side eventually completed the job for in less than 50 minutes for their four straight innings victory, becoming the first team do so. Barring Mushfiqur Rahim (74), Bangladesh batsmen were once again found wanting against high quality pace bowling, folding up for 195 in 41.1 overs. They were bowled out for 130 on day one.

With the resounding win, India also extended their lead in the World Test Championship by collecting 120 points from the two-match series. India had hammered Bangladesh by an innings and 130 runs in the series opener in Indore.

Eden Gardens played the perfect host for the historic game with packed crowds on all three days bringing back memories of the times when Test cricket was more popular. However, the lack of competition on the field was nowhere close to the hype surrounding the game.

The SG pink ball, which had not been tested in a competitive game before the big game, expectedly assisted India's lethal pace attack which took all the wickets on offer. An evidence of their menacing form was the amount of concussion subs Bangladesh had to use after the batsmen received heavy blows.

While Ishant Sharma took a five-wicket haul in the first innings, Umesh Yadav did the same in the second.

The game will also be remembered for Virat Kohli's 27th Test ton, extending his overall tally to 70 international hundreds.