A promise and a prayer

A promise and a prayer 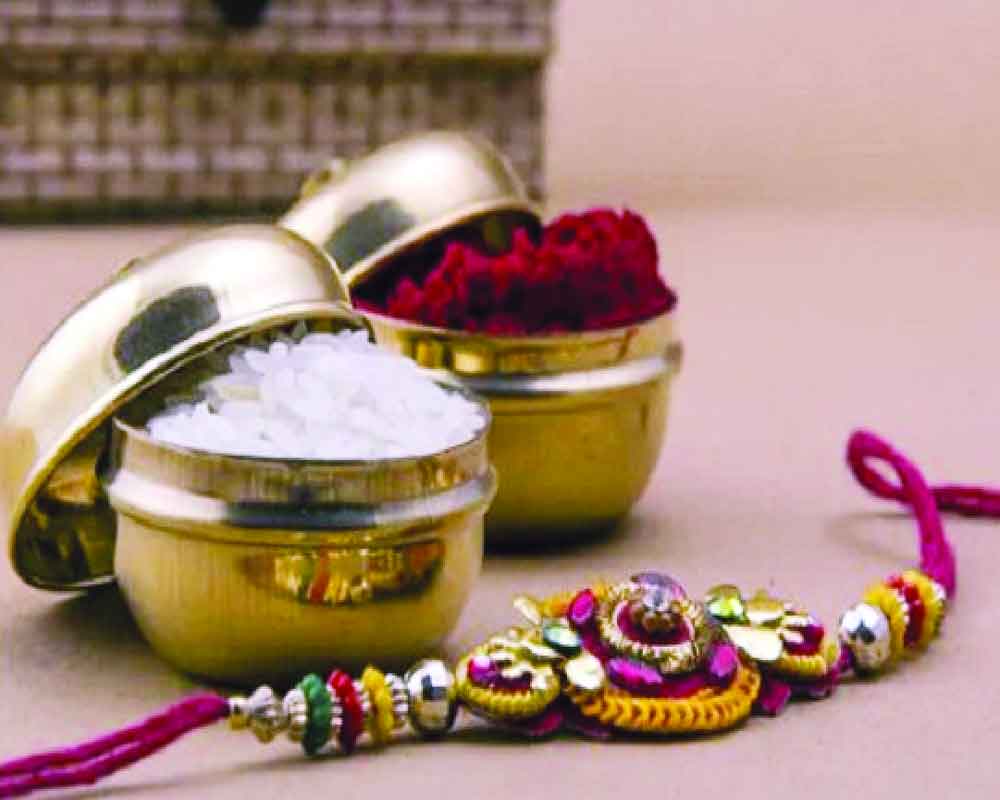 While Raksha Bandhan is cherished for the harmonious message it emits, we must understand it is incomplete without God in focus, writes Radhanath Swami Maharaj

August 15, 2019 is caught in a rare paradox. As usual, it is the acclaimed day of India’s freedom from foreign rule but at the same time it is a day of “Bandhan” that is Raksha Bandhan. While the public knows well about the former, I would like to throw some light on the latter. Although it is called Raksha Bandhan there is no bandhan or bondage of the usual kind. This is a bandhan of love mostly celebrated between brothers and sisters. Thanks to the innovative touch offered by Rabindranath Tagore to this event due to which it is also celebrated as exchange of good wishes between any two individuals formally tying a “Rakhi” as a symbol of propitiousness.

However, one of the legends narrates the origin of the event. As we know in great historic epic Mahabharata there is description of the Rajasuya Yajnya performed by emperor of the world, Yudhistir Maharaj. When the time came to declare the chief personality of the Yajnya Yudhistir declared Lord Krishna as impeccable person for the purpose. While everyone agreed joyously for the proposal Lord Krishna’s cousin Shishupal vehemently opposed it. Not only did he oppose but also started abusing the supreme personality of Godhead, Krishna. Everyone was enraged and ready to pounce on the envious reprobate but Krishna with his glance withheld them. After Shishupal crossed his concessional limit of blasphemy, Krishna summoned Sudarshan and dexterously chopped his head off without spilling even a drop of blood in the sacred arena.

Krishna, who is supreme personality of Godhead having a spiritual body unlike us, just to enhance his pastime managed to cut his own finger while dislodging the disc weapon. Everyone was hysterically searching for a bandage to apply while Draupadi, a great devotee of Lord without a second thought tore a piece from her saree and tied on Krishna’s lotus finger. Krishna very much gratified by this gesture of love promised to repay back at right time. Later, when Draupadi was being disrobed by Kauravas in the assembly, Lord repaid her love by appearing as ceaseless saree and protecting her.

This is believed to be the origin of Raksha Bandhan where sisters tie rakhi to brothers while brothers bring valuable gifts for sisters and promise to give them protection. At many places, mothers, friends, relatives also tie rakhi to their loved ones. Now it is no longer restricted to a celebration of brothers and sisters. It is a gesture of peace, harmony and love between two individuals.

While the event is cherished for the harmonious message it emits, we must understand it is incomplete without God in centre. A person who is a perfect moralist may drive his car on the road following all the traffic rules perfectly but if he is unaware of the destination, he is simply wasting his time. Being a peace-loving person and just wishing well for everyone without actual knowledge is an eyewash. If someone is lodged in the luxurious prison for a certain crime, he will certainly experience misery due to his abridged freedom. Even if he is given the best facilities there, it may make him comfortable but not happy for sure. He is comfortably miserable in the first-class prison. For him to be happy he needs complete freedom, which is outside the prison.

To make the world peaceful and harmonious place is good but getting out of this world and going to our original place, kingdom of God is best.

This world is described by Krishna in Bhagavad Gita as temporary and miserable. One may try to make this world a better place but do not try to settle here permanently. As Jesus Christ rightly said, “Don’t try to make your residence on a bridge”. Bridge is meant for crossing not for settling perpetually. Even if one tries to transform this place into paradise, the harsh realities will surely surface more than often. One cannot change the harsh realities of life. As one philosopher said, “One who thinks the world needs reformation himself needs reformation.”

I remember my childhood days when we would visit our sisters staying at distant places on the Raksha Bandhan day. There would be great joy and celebrations. Sisters would tie rakhi and pray for the brothers’ well-being while the brothers would offer gifts to sisters and promise to protect them. Now so many years have passed, and I have lost touch with my sisters. They have gone their way and me on my way. There is no news of them what to speak of protecting them from dangers. This is the onerous  reality of life.

Time and space make a difference in the material relationships of this world. I may wish well for my loved ones but that doesn’t change the vicious nature of material world. I may promise to protect my loved ones, but the fact is I cannot even protect myself. Ultimate shelter for everyone is the Krishna, the supreme personality of Godhead. He is our real well-wisher, friend and protector waiting fervently for us at our original home. So, let us celebrate Raksha Bandhan by tying rakhi to our loved ones and praying for their well-being while always being conscious of our real goal of life of going back to the Godhead.