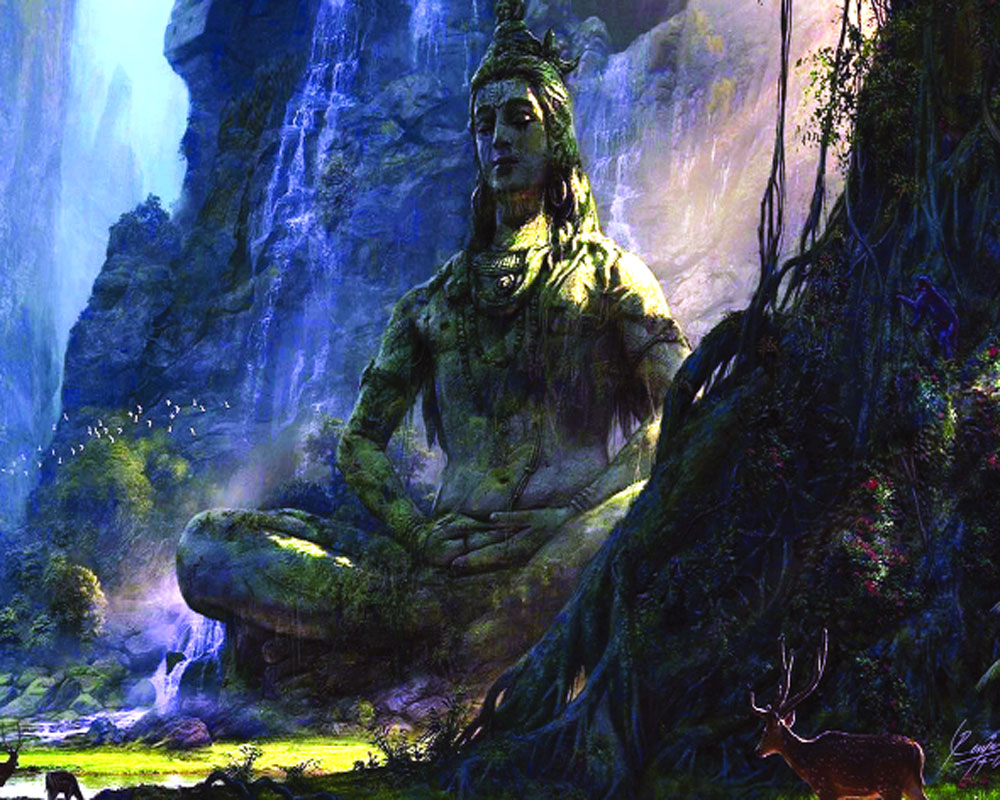 The whole of Shravana month, immediately following Guru Purnima, is dedicated to Lord Shiva, believed to be the Universal Guru. Those having a living Guru enjoy the privilege of being regularly guided, and so keep evolving according to their level of dedication and sincere efforts. A large majority, however, either not aware of the significance of a Guru, or not been able to find one, do also deserve to have an exposure to the existential realities of life. For them, a month-long self-education mechanism has been incorporated in annual Hindu calendar.

The believers submit to austere measures and make their offerings in temples dedicated to Lord Shiva across the nation all through the month. Seeking Lord Shiva’s grace, lakhs of devout can be seen picking up water from the Ganges and then taking all the pain of walking barefoot to their designated temples covering miles at a stretch. I leave it to readers’ belief — whether or not Lord Shiva overseeing from the heaven would be rewarding them in return for their transactional offerings. But the concept underlying Lord Shiva — not the form-God as we perceive him to be but symbolising that singular source and effective cause underlying the creation of the whole Universe — carries great meaning. It offers us educative inputs on the conduct rules that would help us steer life with relative ease and comfort.

In this context, it would be interesting to look at the two imageries of Lord Shiva. First, bare bodied Lord Shiva with tiger skin covering his private parts, seated in a meditative posture on ‘Mount Kailasa’. Second, Lord Shiva mounted on a bull with his entourage comprising an assortment of multitude forms of existence, some of them weird and even invisible. To name a few, divine presences; human beings; devilish existence; animals; birds; goblins, and even invisible existence such as ghost etc. Symbolically, his entourage stands for multipolar manifest world with all its enormity and diversity.

Mount Kailash is one of the high peaks in the Himalayan range to which lot of perennial rivers provide the ground necessary for emergence of live creatures. Remember, even science believes that the first live existence emerged in water body. Being one of the highest peaks, Mount Kailash symbolises the bridge between the cosmos and life on planet Earth, both rooted to the Creator Shiva. Added to that is presence of Lunar Crescent over Lord Shiva’s head. Moon symbolises convergence of all nature driven forces as it gains luminosity out of the light extended by the Sun, as well as all the planets and stars up above in the sky — marked with energy providers in the cosmos. It, thus, serves as interface between cosmic energies and life cycle of earth.

Meditative posture symbolises self-reflection — the stirring within — that excited the chain of creation. The corresponding sound note that emerged was Om, symbolised here as play of Damru (hand drum) that he holds. As this primal Shakti (Om) — comprising all energies playing in the world — gravitated, first emerged Shakti-trinity – Sata, Rajas, and Tamasa. The random mutation of the three guided by the element of consciousness intrinsic to Shiva, led to the emergence of innumerable differentiated energies. These energies following a course of progressive evolution eventually manifested into a multipolar world that runs in succession. The river Ganga flowing out of Shiva’s hair lock runs down the stream nourishing life all through its run, ending up in ocean. Water evaporates all along, which includes the sea-body, leaving the impurities behind, forms cloud, and then rains back to recharge the water bodies afresh. So does our life cycle run in succession.

Now coming back to Lord Shiva’s entourage, the divine existence are personification of the cosmic forces, vital to creation, sustenance, and recycling of existential order. Human beings armed with intelligence and awareness level, higher than other creatures, the onus lies on them to work towards qualitative existence. Devilish existence imply ignorant people with relatively lower intelligence level and primarily driven by animalistic instincts. They, therefore, are not expected to be conscious about their collective obligations. It also implies all negative orientation of mind that may prove detrimental to harmonious and peaceful coexistence.

The presence of invisible existence such as ghosts, make out a purposeful reference. These unseen creatures supposedly symbolise the invisible existence in the intervening period between two successive form-existence. They, therefore, symbolise continuum between successive lives. In a way it can be said that Lord Shiva’s entourage presents a picture of all seen and unseen existence forming this live world.