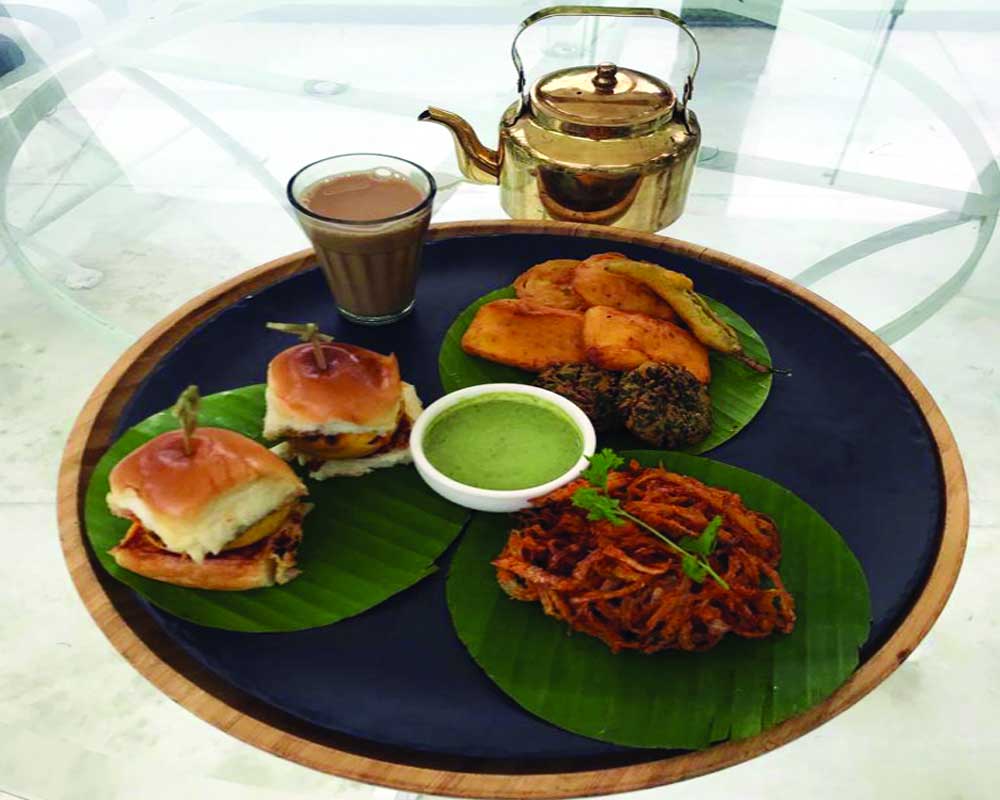 Nothing like some hot masala chai and pakoras on a rainy day, more so if you are meeting up friends at a tony coffee shop in town. Keeping this clientele in mind this monsoon, the Claridges’ signature coffee shop  Pickwick’s has laid out a break from the usual fare to suit the season.

As rain drops keep falling on your head chef Vikas Rana regales you with cuisine tales from the four corners that the monsoon fare spreads out on.

Be it the onion bhaji and vada pav from Mumbai’s streets or the Irani samosa and Osmania biscuit from Hyderabad or, for that matter, the good old Dilli ki chhalli with mixed veg pakoras, the fare is lip smacking for a lazy evening out.

Light, authentic and fulfilling for the rainy season the chef has worked well on the taste buds of simpletons who sometimes want the real ghar ka stuff away from home.

The spicy onion bhaji is both in spirit and taste true to the kiosks that line Colaba to fill your tummy with tasty treats. The highlight of the monsoon feast is The Claridges’ special chai. The extravaganza brings with it the familiar tastes of a typical rainy day. To top it, the wafting aroma speaks of the finest quality of tea leaves which are meant to more than merely quench your thirst for some hot stuff on an overcast and wet day.

The sips and the treats enhance your afternoon conversations with the very special cutting chai paired with savoury snacks.

The corn on the cob is hot, well-roasted on coal fire, spiced up with nimbu and salt and served with elan. The juicy almost sweet and soft corn sitting on the cob melts in your mouth, as does the wee bit crunchier parappu vada from down South.

All the regions propel the locally loved version of tea and so the South Indian stuff comes with filter coffee as tea is an alien brew in much of the Deccan. Take time out, it rarely gets so seasonal in five-star joints, that too with taste intact!