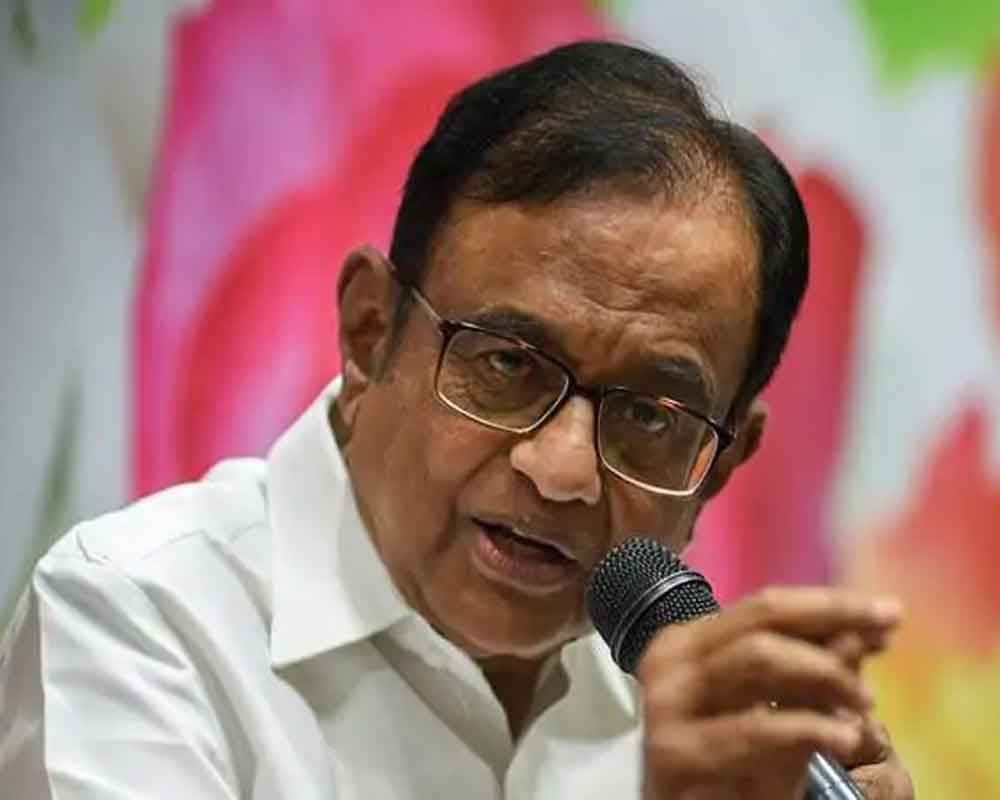 Senior Congress leader P Chidambaram on Saturday dubbed the detention of party's Jammu and Kashmir chief Ghulam Ahmad Mir as "outrageously illegal" and hoped that the courts will take cognizance of the matter.

In a series of tweets, the former finance minister said Mir is under house arrest in Jammu since Friday.

"There was no written order of detention. Outrageously illegal ... I hope the courts will act and secure the liberty of citizens," he wrote.

On Friday, Congress leader Rahul Gandhi and Leader of Opposition in Rajya Sabha Ghulam Nabi Azad had condemned the arrest of Mir and senior leader Ravinder Sharma in Jammu.

"I strongly condemn the arrest of our J&K PCC Chief, Shri Ghulam Ahmed Mir & spokesperson, Shri Ravinder Sharma in Jammu today. With this unprovoked action against a national political party, the Govt has delivered democracy another body blow. When will this madness end?," Gandhi wrote on Twitter.

The Jammu and Kashmir unit of the Congress was prevented from addressing a press conference on Friday as police detained its chief spokesperson and former MLC Ravinder Sharma at the party headquarters in Jammu.

Mir was put under house arrest in Jammu in the afternoon.

Azad said while the state and the central government were asserting that the situation was normal in Jammu and people were celebrating the Centre's decision to abrogate the constitutional provisions that gave a special status to Jammu and Kashmir, opposition leaders were not even allowed to address press conferences.