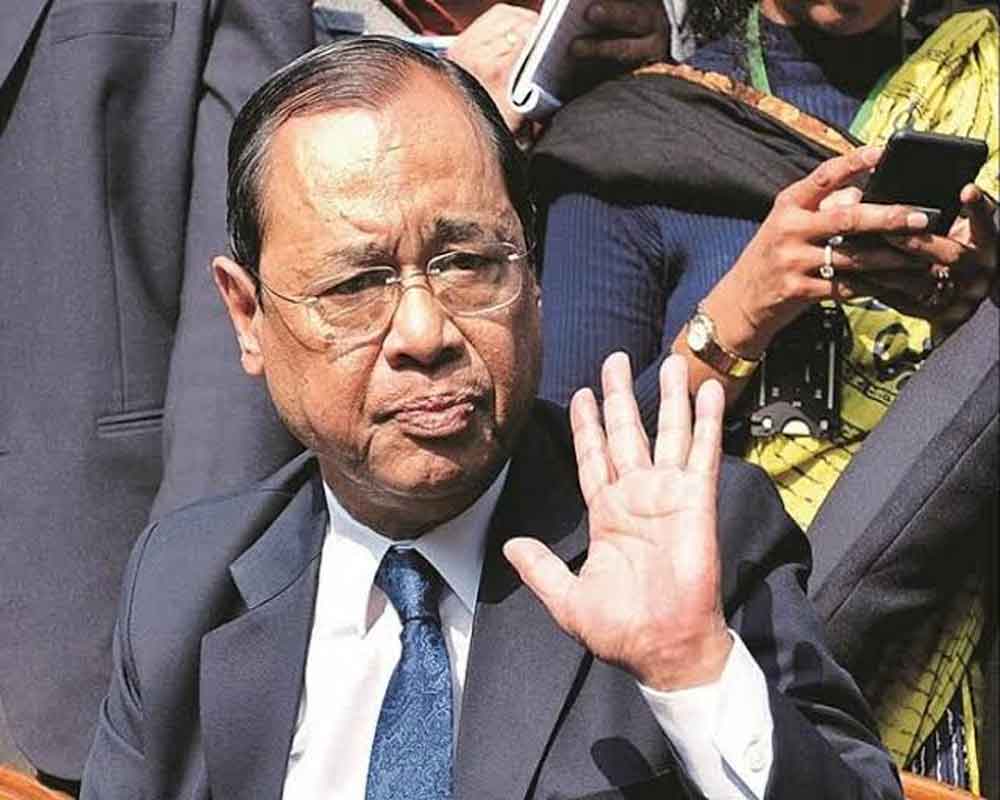 Chief Justice of India Ranjan Gogoi Friday held a meeting with Uttar Pradesh chief secretary and director general of police and took stock of security arrangements ahead of the verdict to be pronounced next week in the politically-sensitive Ayodhya land dispute case, sources said.

They said the meeting was held in the chamber of CJI for around one hour during which UP Chief Secretary Rajendra Kumar Tiwari and DGP Om Prakash Singh apprised him about the security arrangements made to maintain law and order in the state.

No further detail about the deliberations was made available.

The judgement on the Ram Janambhoomi-Babri Masjid title dispute was reserved on October 16 after a marathon hearing of 40 days. The judgement is likely to be pronounced before November 17 as Justice Gogoi's tenure as the CJI comes to end on that day.