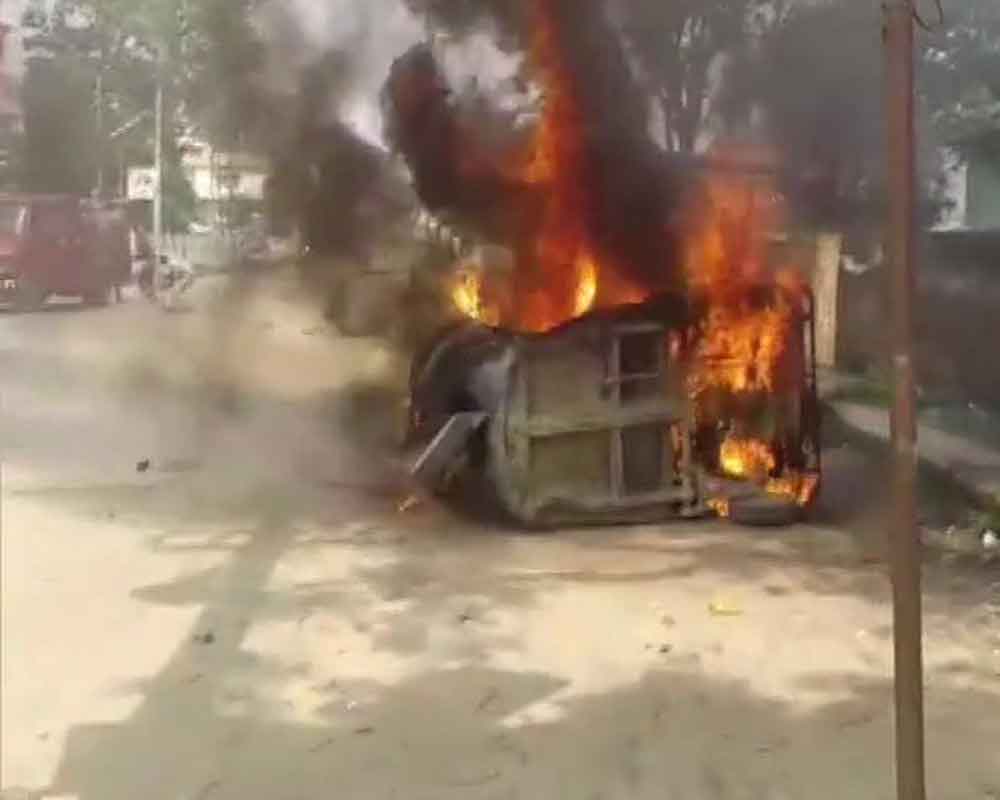 The Army has been called in to maintain peace after indefinite curfew was clamped in Assam's Hailakandi town on Friday following a communal clash that left 15 people injured, a senior district official said.

Of those injured, the condition of three are stated to be critical, officials said, adding more than 15 vehicles were damaged and 12 shops vandalised in different parts of the town.

Hailakandi Deputy Commissioner Keerthi Jalli has sought the Army's help after clashes broke out between members of two communities, when some people protested against prayers being held on a road in front of a mosque, the official said.

The curfew has been extended to the entire district from 6 pm.

It was clamped from 1 pm in Hailakandi town till further orders, as some groups were trying to "indulge in violence and there is apprehension of grave risk and danger to human life and properties...," Jalli said.

Trouble started when a group of people decided to hold the Friday noon prayers on the road, located at Kali Bari point of the town, in protest against some motorcycles being damaged by people belonging to another community, the official said.

Police attempted to disperse the protestors by firing in the air in which 15 people were injured and taken to hospital, the deputy commissioner said.

A tense situation arose that "necessitated immediate action for the maintenance of public peace and tranquility," Jalli said.

No one has been arrested in connection with the incident so far.