Jolt to Mayawati, all 6 Rajasthan BSP MLAs defect to Cong

Jolt to Mayawati, all 6 Rajasthan BSP MLAs defect to Cong 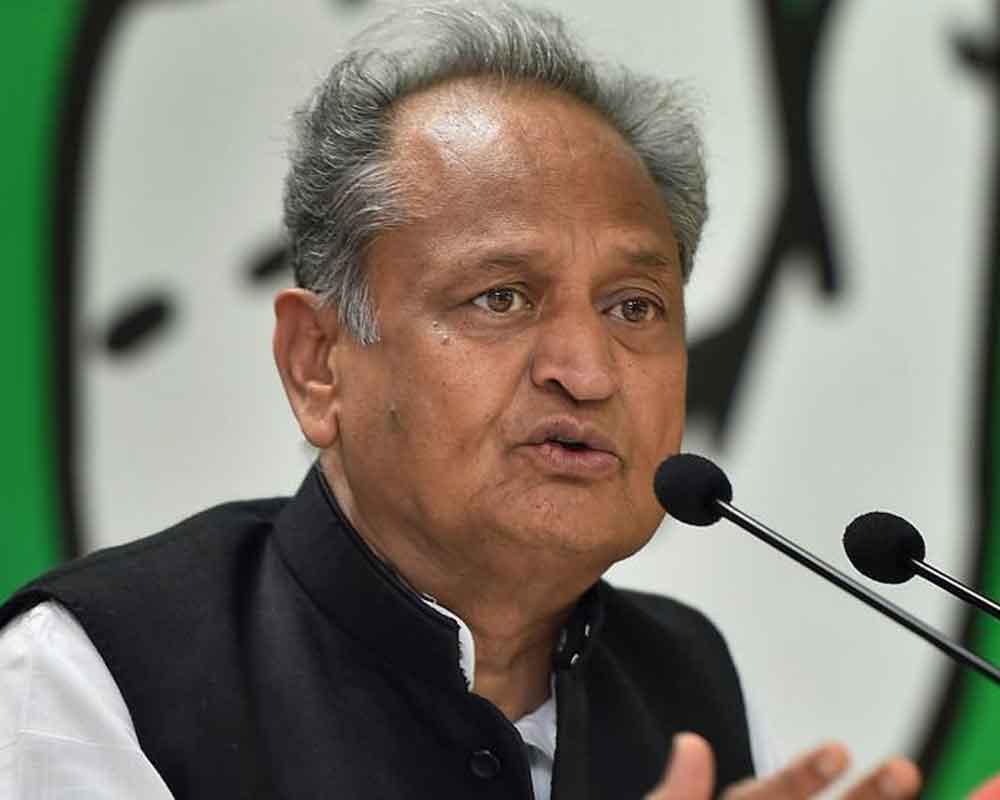 In a jolt to Mayawati, all six Bahujan Samaj Party MLAs in Rajasthan defected to the ruling Congress in a move that lends stability to the Ashok Gehlot government and is being called a "betrayal" by the BSP chief.

The defections have increased the tally of the Congress in the 200-member Assembly to 106. The Rashtriya Lok Dal, with one MLA, is an ally. Twelve of the 13 independents give it outside support.

The House has an effective strength of 198 as two seats are vacant. The development comes ahead of the civic body elections and the bypolls for two assembly seats in the state.

The BSP legislators earlier supported the Ashok Gehlot government in the state from outside and were in constant touch with the chief minister.

"All of us decided to join the Congress to strengthen the government in the interest of the state. We first met the chief minister and later gave a letter about our decision to the assembly Speaker," Jogendra Singh Awana told reporters in Jaipur on Tuesday.

The Bharatiya Janata Party, the main opposition in the state with 72 MLAs, called it Gehlot's “jugaad”, or a makeshift arrangement.

Gehlot and his deputy Sachin Pilot said the BSP MLAs are shifting to the Congress for the sake of development in their constituencies.

Hitting out at the Gehlot government, BSP chief Mayawati said the Congress has once again proved that it is “untrustworthy".

She termed the move “a betrayal of the BSP movement".

"The Congress government in Rajasthan has once again broken BSP MLAs and proved that it is an unreliable and untrustworthy party," she said in a series of tweets.

"Instead of fighting against its bitter opponents and organisations, the Congress always works to harm parties which cooperate or support it. The Congress is thus an anti-SC/ST/OBC party and has never been sincere and honest about the right to reservation of these classes," the former Uttar Pradesh chief minister said.

"The Congress has always been opposed to Dr Bhimrao Ambedkar and his humanitarian ideology. For this reason, Dr Ambedkar had to resign as the first law minister of the country,” she said.

“The Congress neither allowed him to get elected to the Lok Sabha nor conferred him with Bharat Ratna. Very sad and shameful," she added.

Gehlot said Mayawati's reaction was something that came naturally to her.

“The MLAs have taken the decision after considering the expectations of the people. If the MLAs have to do development and get work done in their areas, they can do so after joining the government. The government also needs stability," he said.

The chief minister said there were no inducements for the MLAs to shift loyalties.

The development is similar to the one in 2009, during Gehlot's earlier term as chief minister.

He had brought into the Congress-fold all the then six BSP MLAs when his government was five short of a majority in the Rajasthan House.

Gudha was also among the group of those six BSP MLAs. Last month, he levelled corruption charges against Mayawati alleging that tickets to contest elections are given in return for money in the BSP.

Apart from the now-strengthened ruling alliance, the BJP and the 13 independents, the Rajasthan House has two members each from the CPI-M, Rashtriya Loktantrik Party and the Bharatiya Tribal Party.