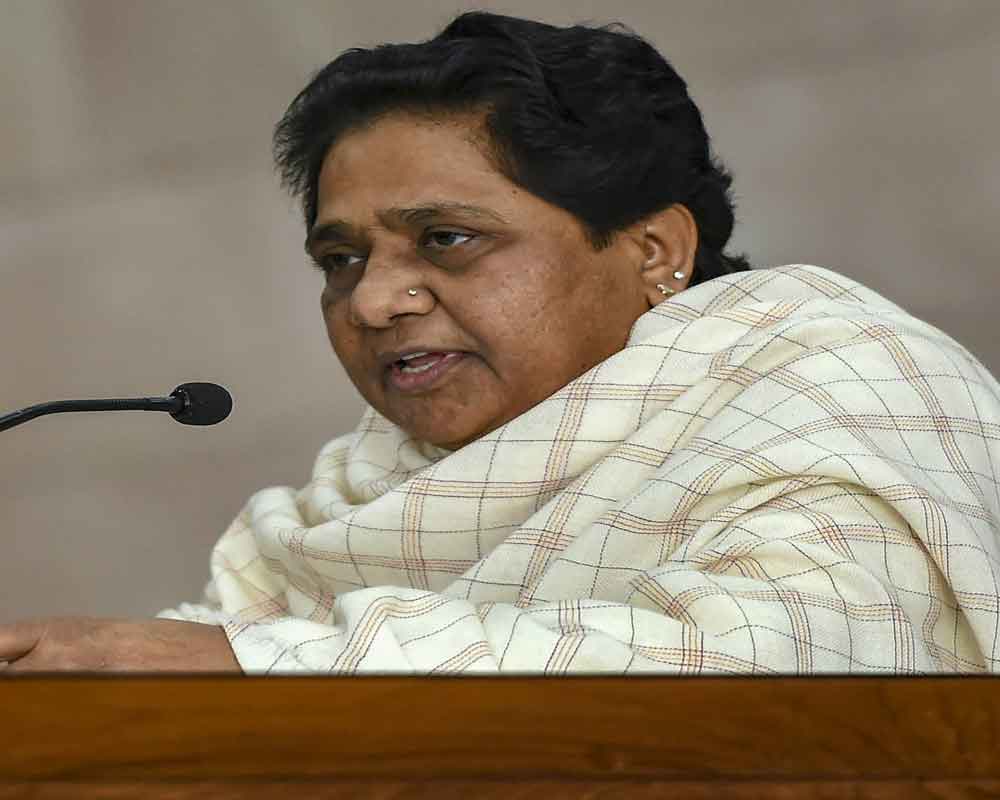 Bahujan Samaj Party president Mayawati Sunday accused the BJP of indulging in "petty" politics after the Pulwama terror attack and claimed people feel that the country's honour and security are not in safe hands.

"The ruling BJP should not have indulged in politics after the Pulwama terror strike...The worried 130-crore people have seen as to how the BJP could not desist from indulging in petty politics even at such a time and they have now realised that country's honour and security is not in strong and safe hands," the BSP chief said.

The BSP president ,who returned to the state capital only a couple of days ago after a long stay in Delhi, also called for  a "strong and dependable policy for issues concerning the safety and security of the country."

Mayawati appealed to the people to stand with the families of those killed in terror attacks and extend all possible support.

She also asked the government to fulfil promises made to them promptly.

The BSP president said it is important that all preparations are made for the country's safety, security and honour, and to ensure that no country is able to either ignore or threaten India.

Directing BSP workers to strengthen the organisation up to the booth level in preparation for the Lok Sabha polls and increase the party's base, she asked workers of the BSP and Samajwadi Party (SP) to forget petty differences and strengthen the alliance so as to defeat an anti-people BJP in the general elections.

The SP and BSP entered into an alliance recently.

"Only the BSP and SP are in a position to defeat the BJP in Uttar Pradesh," she said.

Mayawati, who held a strategy session with her party leaders, said in the present scenario, the SP-BSP coalition has to be careful and decide the way forward.

The SP and BSP are contesting the parliamentary elections in three states - Uttar Pradesh, Madhya Pradesh and Uttarakhand - which account for 110 seats in the Lok Sabha.

Though she has not yet formally announced the names of BSP candidates, the party will contest in 38 of the 80 Lok Sabha seats in Uttar Pradesh and its ally SP will contest in 37 seats as per the understanding reached between them.