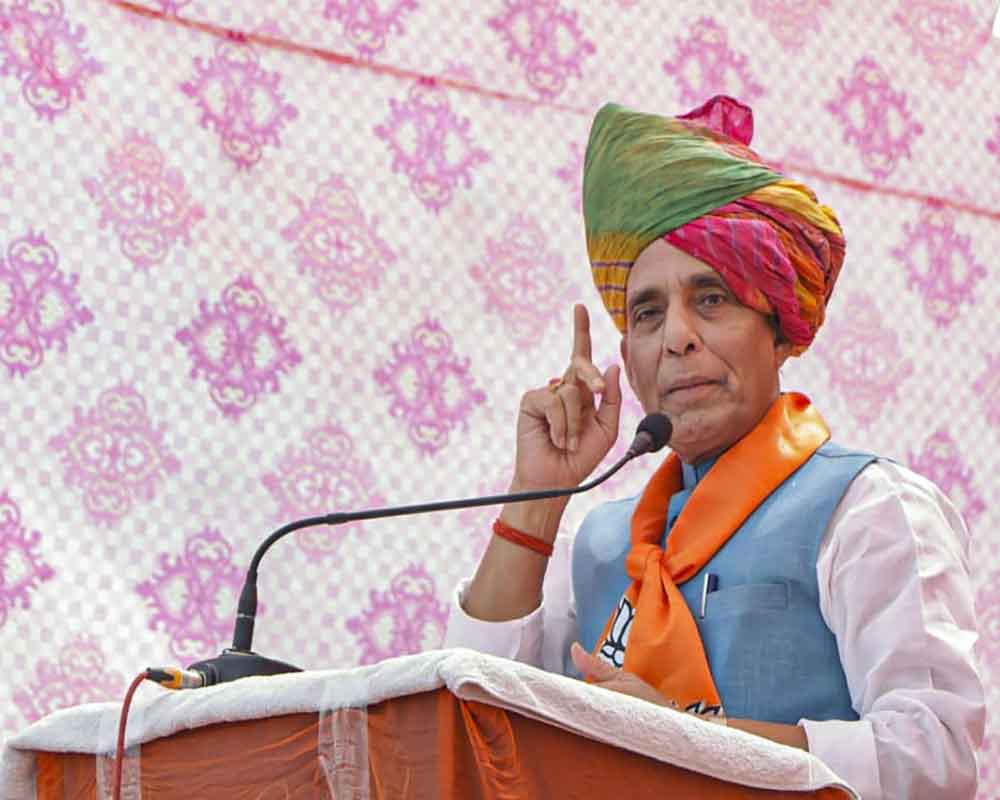 India and China share "cordial relations", and there are "perceptional differences" between the two countries on the boundary issue, but it has been handled with great maturity by both sides, Defence Minister Rajnath Singh said on Monday.

He was addressing a gathering on the occasion of inauguration of the Colchester Chewang Rinchen bridge over the Shyok river in eastern Ladakh, the highest-altitude permanent bridge in the country.

The bridge built by the Border Road Organisation (BRO) between Durbuk and Daulat Beg Oldie, will reduce travel time by about half, officials said.

The road "goes to the border with China. Now, India and China have good relations... Recently even the Chinese President (Xi Jinping) held a long meeting with our prime minister at Mahabalipuram, but he did not mention the Kashmir issue as China feels it's an internal issue," Singh said.

China's recent statement to all nations to combat terrorism in a concerted effort has also been welcomed, the defence minister said.

The bridge is about 45 km from the India-China border.

Later, Singh also tweeted, "India shares cordial relations with China. There are perceptional differences between both the countries on the boundary issue but the issue has been handled with great maturity and responsibly".

"Both the countries have not allowed the situation to escalate or go out of hand," he said.

In his address, Singh said there are "perceptional differences between the two countries on the border issue, but defence forces of both the countries are discharging their responsibilities very sensibly".