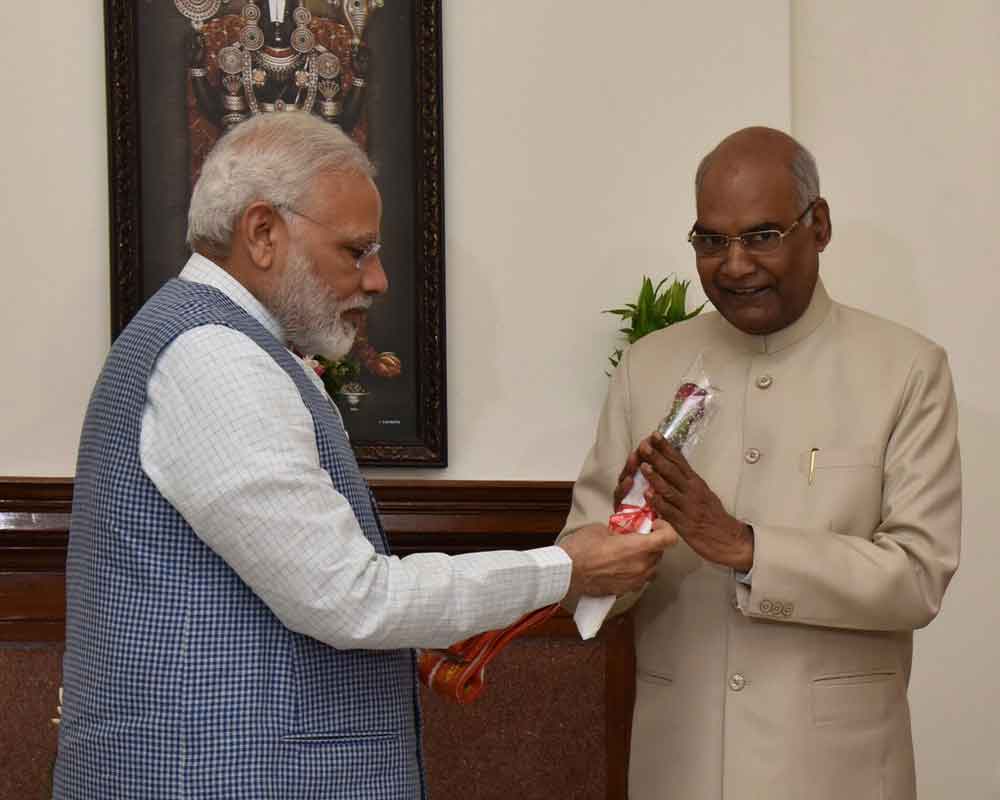 President Ram Nath Kovind Friday accepted resignation of Prime Minister Narendra Modi and asked him to continue till a new government assumes office, a communique from the Rashtrapati Bhavan said.

The prime minister met the president and tendered his resignation along with the council of ministers, it said.

"The president has accepted the resignation and requested Modi and the council of ministers to continue till the new government assumes office," the communique said. a