'Howdy Houston', says Modi as he lands in energy capital

'Howdy Houston', says Modi as he lands in energy capital 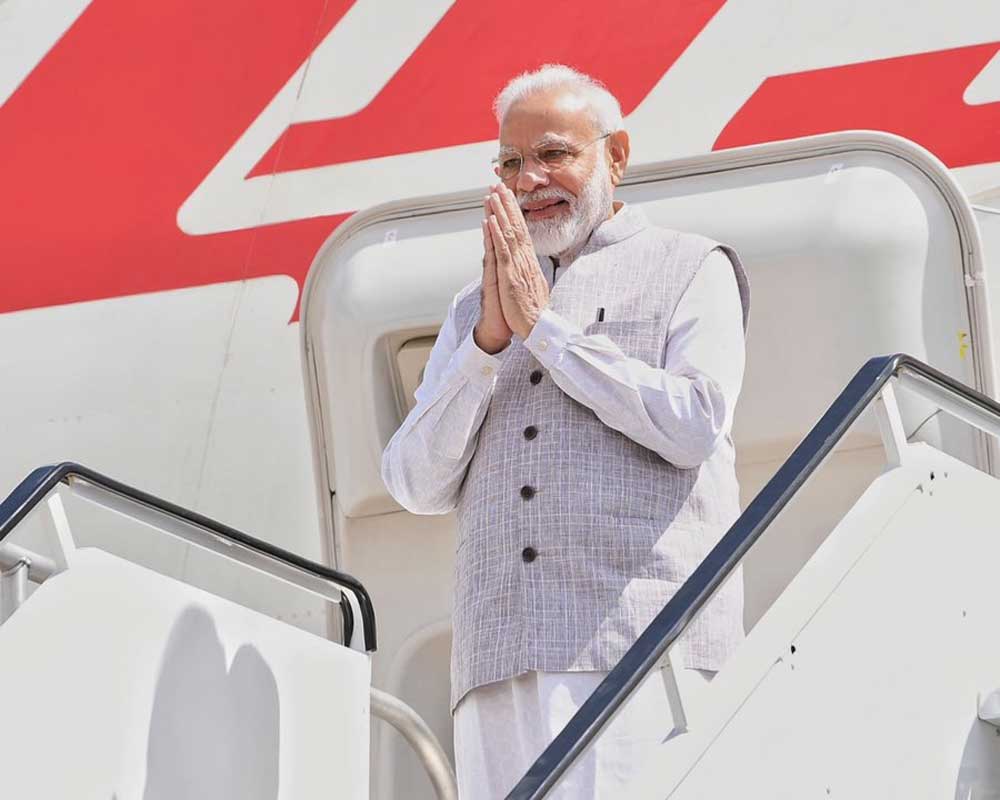 Looking forward to a wide range of programmes, including addressing a record 50,000 Indian Americans, Prime Minister Narendra Modi arrived in the energy capital of the world on Saturday with "Howdy", the traditional Texan way of greetings.

"Howdy Houston", he tweeted soon after landing in Houston in the afternoon. "It's a bright afternoon here in Houston," he added.

"Looking forward to a wide range of programmes in this dynamic and energetic city today and tomorrow," the prime minister tweeted.

Later in the day, he is scheduled to meet community leaders and hold a roundtable with the CEOs of top energy companies based in Houston.

India's energy independence is one of the major goals that Modi has set for himself.

The prime minister was received at the airport by India's Ambassador to the US, Harsh Vardhan Shringla, and his American counterpart Ken Juster.

Both at the airport and at the hotel entrance, Modi was greeted by groups of Indian Americans with flags of India and the United States.

On Sunday, Modi will be addressing the mega "Howdy Modi! Shared Dreams, Bright Future" event at the NRG Stadium. In a special gesture, US President Donald Trump and other officials will also be present during the event.

From Houston, Modi will fly to New York, where a packed schedule awaits him. On Tuesday, he is scheduled to meet President Trump on the sidelines of the UN General Assembly.

Soon after his arrival in Houston, #HowdyModi started trending on social media.

Congresswoman Tulsi Gabbard, who is also a Democratic presidential aspirant, greeted the prime minister on Twitter.

"Indian PM Narendra Modi has just arrived in Houston. And we cannot wait to say hello. Are you ready Houston?" she said on the microblogging website.

"We are already here to welcome our Beloved PM," said Rikin Talati.