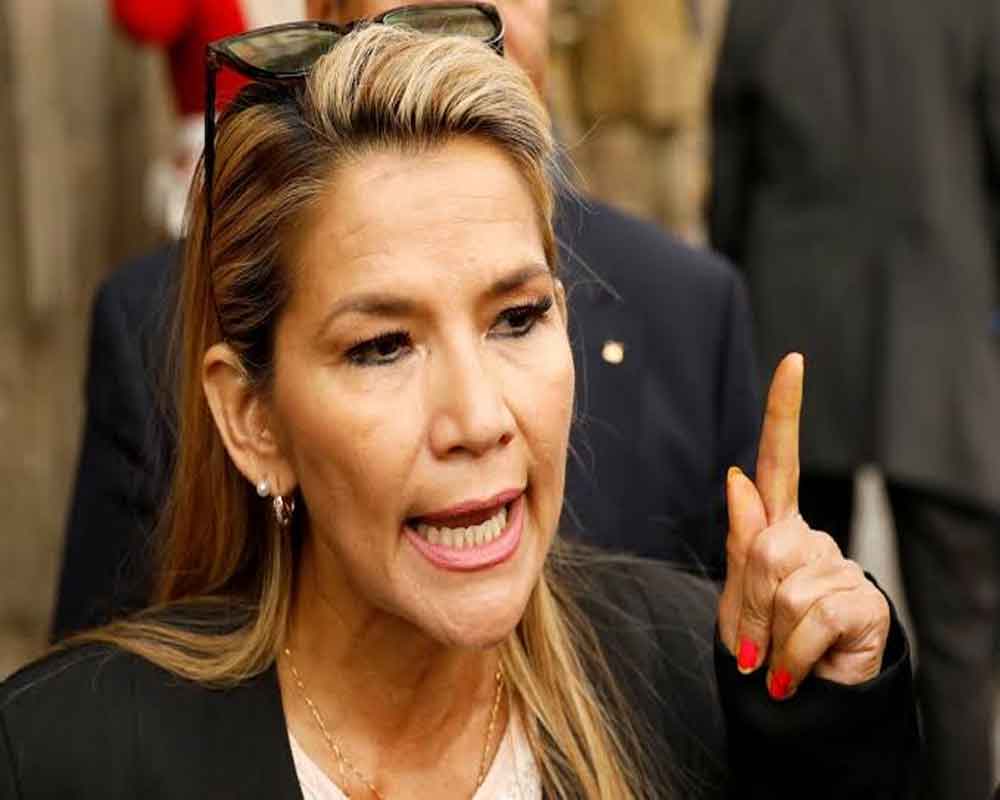 Bolivia's interim president said Sunday she will call new elections soon, as the country struggles with violent unrest a week after the resignation of Evo Morales.

"Very soon we will announce news regarding our main mandate: calling transparent elections," Jeanine Anez said in a speech at the presidential palace.

She did not give details, saying only that the announcement will seek the "recovery of our country's democratic credibility."

Unrest in Bolivia first erupted after Morales -- the country's first indigenous president -- was accused of rigging the results of the October 20 polls to gain reelection.

He resigned last Sunday and fled to Mexico after losing the support of the security forces.

Anez, the 52-year-old former deputy speaker of the Senate, declared herself the country's interim president on Tuesday, filling a vacuum left by Morales' departure and the resignations of several ministers.

The number of trouble spots is "down by half," interim Interior Minister Arturo Murillo said.

The violence has claimed at least 23 lives and left scores injured since late October, according to the Inter-American Commission on Human Rights.

The protests that forced Morales to seek asylum in Mexico have continued, primarily around the central city of Cochabamba, where violent clashes erupted Friday between coca growers and both army troops and police.

Nine people died, the IACHR reported, though the government has recognized only five of them.

Murillo angered opposition groups by suggesting that the coca growers might even have shot some of their own supporters to generate sympathy.

But Thomas Becker, an American lawyer with the International Human Rights Clinic at Harvard University, rejected that theory.

He said he had been to the morgue in the city of Sacaba, where the victims were taken, and that all nine had been shot.

Becker told AFP by phone that he had interviewed 50 people in Sacaba, and that all insisted that none of the civilian protesters had firearms.

From Mexico, Morales lashed out at the killings, tweeting that "these crimes against humanity ... Must not go unpunished." The IACHR decried as "grave" a decree from the Anez government exempting the armed forces from criminal responsibility as they preserve public order.

The rights group, an autonomous arm of the Organization of American States, said the effect of the decree could be to "stimulate violent repression." Presidential minister Jerjes Justiniano insisted the decree did not give troops "a license to kill" but merely provided constitutional underpinning for their efforts to keep the peace.

Though demonstrations were generally waning on Sunday, protesters blockaded a highway from El Alto, about 10 kilometers (six miles) from Bolivia's administrative capital, raising the specter of fuel shortages.

The Senkata refinery in El Alto furnishes the La Paz region with gasoline and natural gas.

Food shortages are being reported in many regions.

The interim government sent a plane with 35 tons of meat to La Paz and promised to provide 25 tons of chicken, Justiniano said.

But pressure on the government remains high, and six coca-growers' unions in Chapare, a Morales stronghold, late Saturday demanded Anez's resignation "within 48 hours" and fresh elections within 90 days.