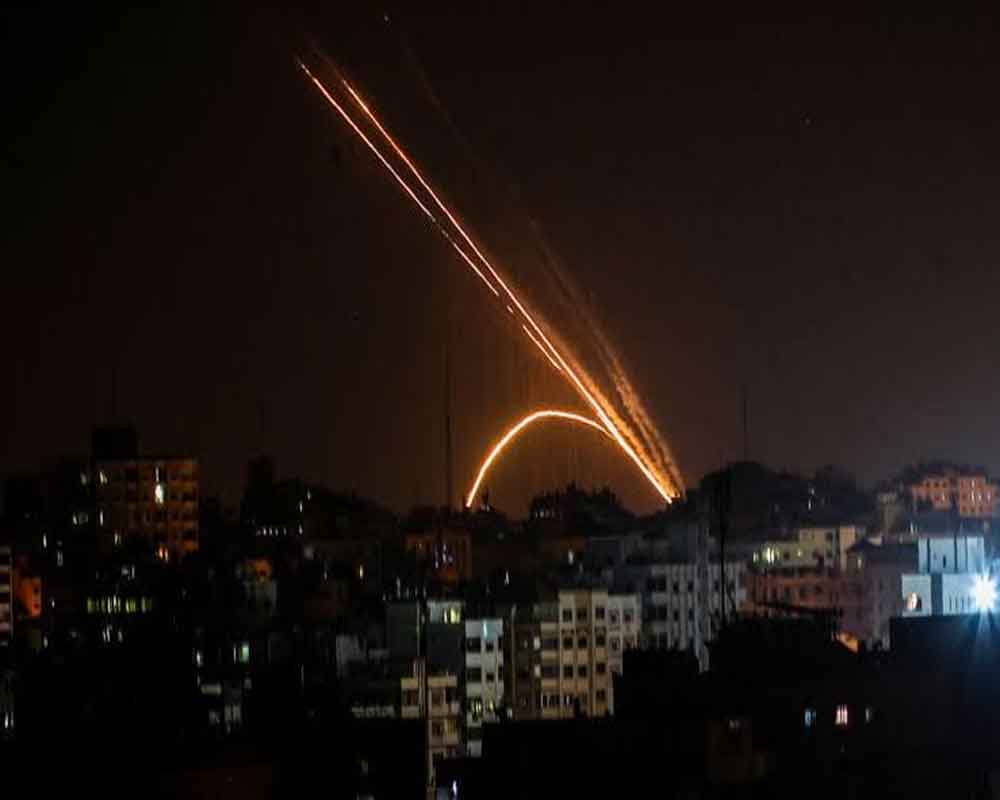 A Gaza Strip ceasefire came into effect early Thursday, an Egyptian source and a senior Islamic Jihad official told AFP, following a spike in violence and bloodshed in the Palestinian enclave.

The "ceasefire agreement comes as a result of Egypt's efforts" and has been endorsed by "Palestinian factions including Islamic Jihad", said the top Egyptian official. An Islamic Jihad source confirmed the agreement to AFP.

The agreement, which entered into force at 5:30am (3:30 GMT), came after the death toll from Israeli airstrikes on the Gaza Strip rose to 32 since Tuesday after Palestinian officials said six members of the same family had been killed.

Following the targeted killing of a top militant in Gaza, the two sides had been exchanging fire since Tuesday, and Israel's military said it recorded more than 350 incoming rockets.

The Israeli military had been targeting what it said were Islamic Jihad militant sites and rocket-launching squads in the coastal enclave.

"Six members of the Abu Malhous family, including three children and two women, were killed in an Israeli strike on their family home in Deir al-Balah in the southern Gaza Strip," the Palestinian ministry of health said.

In Gaza, residents surveyed damage and mourned the dead outside a mortuary and at funerals.

The UN and Egypt were instrumental in mediating previous ceasefires between Israel and Gaza-based militants.

Islamic Jihad spokesman Musab al-Barayem had said the group was not interested in mediation as it retaliated over the killing of one of its commanders.

According to Israel, Ata was responsible for rocket fire at Israel as well as other attacks and was planning more violence, with the military calling him a "ticking bomb".

The flare-up raised fears of a new all-out conflict between Israel and Palestinian militants in Gaza, who have fought three wars since 2008.

A total of 32 Palestinians had been killed by Thursday morning, including Ata and his wife as well as three children, according to Gaza's Hamas-run health ministry.

There have been no Israeli deaths, though one rocket narrowly missed cars on a busy highway.

Israeli medics said they had treated 48 people for light wounds, while schools were closed in areas near the Gaza border for a second day running.

In a sign it was seeking to avoid a wider conflict, Israel's announced targets were confined to Islamic Jihad sites and not those belonging to Hamas.

It normally holds Hamas, the Islamist movement that rules the Gaza Strip, responsible for all rocket fire from the enclave as the territory's de facto rulers.

"For the first time in the current era, Israel drew a distinction between Hamas and Islamic Jihad," commentator Ben Caspit wrote in Israeli newspaper Maariv.

"By so doing, Israel deviated from its iron-clad principle that Hamas, as the sovereign power in Gaza, has to pay the price for any action taken by anyone in the Gaza Strip. That is now no longer the case." Ronni Shaked of the Harry Truman Research Institute for Peace in Jerusalem agreed that the move was a first for Israel.

"Now the fight is just against the Islamic Jihad, not against Hamas," he said. Islamic Jihad is the second-most-powerful militant group in the Gaza Strip after Hamas and has taken responsibility for rocket fire.

Hamas, however, said it would not abandon its ally.

"As long as the Israeli warplanes bomb the Gaza Strip, the resistance will respond to the Israeli aggression and defend the Palestinian people," a joint statement from Gaza militant groups said.

The flare-up came at a politically sensitive time for Israel, with no new government in place after September elections ended in deadlock.