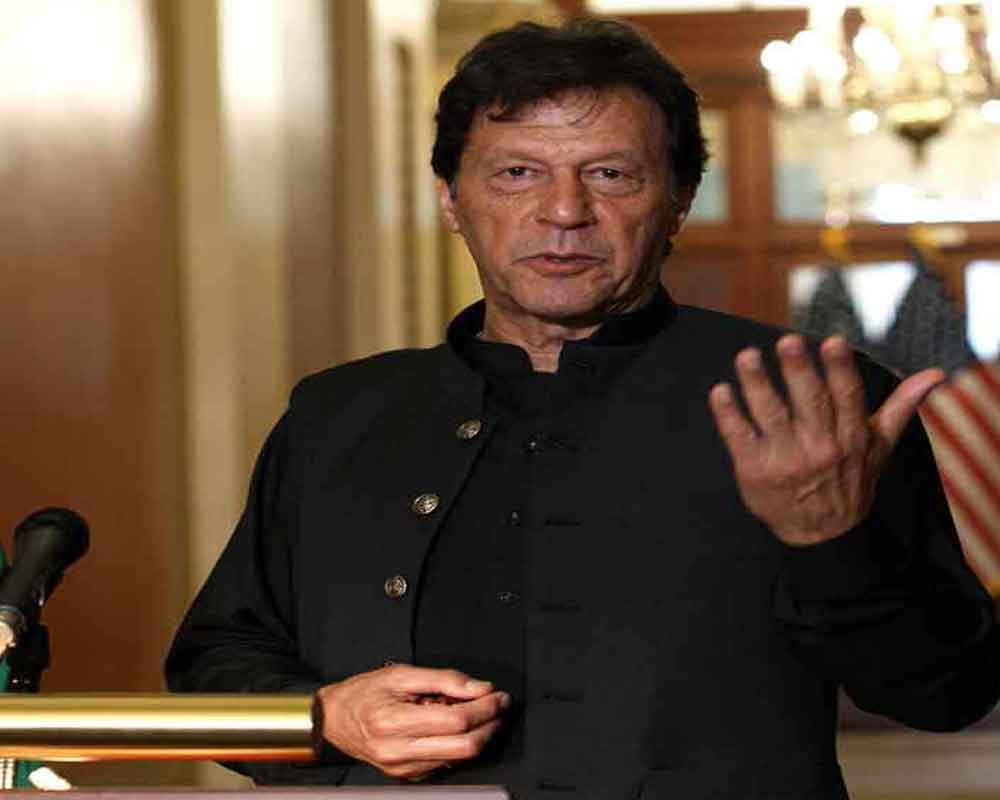 Kashmir is the first line of defence for Pakistan, Prime Minister Imran Khan said on Tuesday as his Cabinet decided to highlight the situation in Kashmir during the weeks leading to the address of his Indian counterpart Narendra Modi to the United Nations General Assembly next month.

The development came following a meeting of the Cabinet chaired by Khan on Tuesday.

Firdous Ashiq Awan, the Special Assistant to  the Pakistan Prime Minister on information, said that Khan during the Cabinet meeting emphasised that Kashmir was the first line of defence for Pakistan.

She noted that Modi would address to the UN General Assembly on September 27 ahead of Khan.

Tensions between India and Pakistan spiked after India abrogated provisions of Article 370 of the Constitution to withdraw Jammu and Kashmir's special status and bifurcated it into two Union Territories, evoking strong reactions from Pakistan.

Awan said if India refused to lift curfew in Kashmir, Pakistan will pursue the matter on the international forums according to international laws and norms.

She said that Prime Minister apprised the Cabinet in detail about his telephonic conversation with the US President Donald Trump.

She said the Cabinet also in principle approved to take Kashmir issue in the International Court of Justice.

"It is a right step from Prime Minister Imran Khan because we need continuity in policies in the context of regional policies," she said.