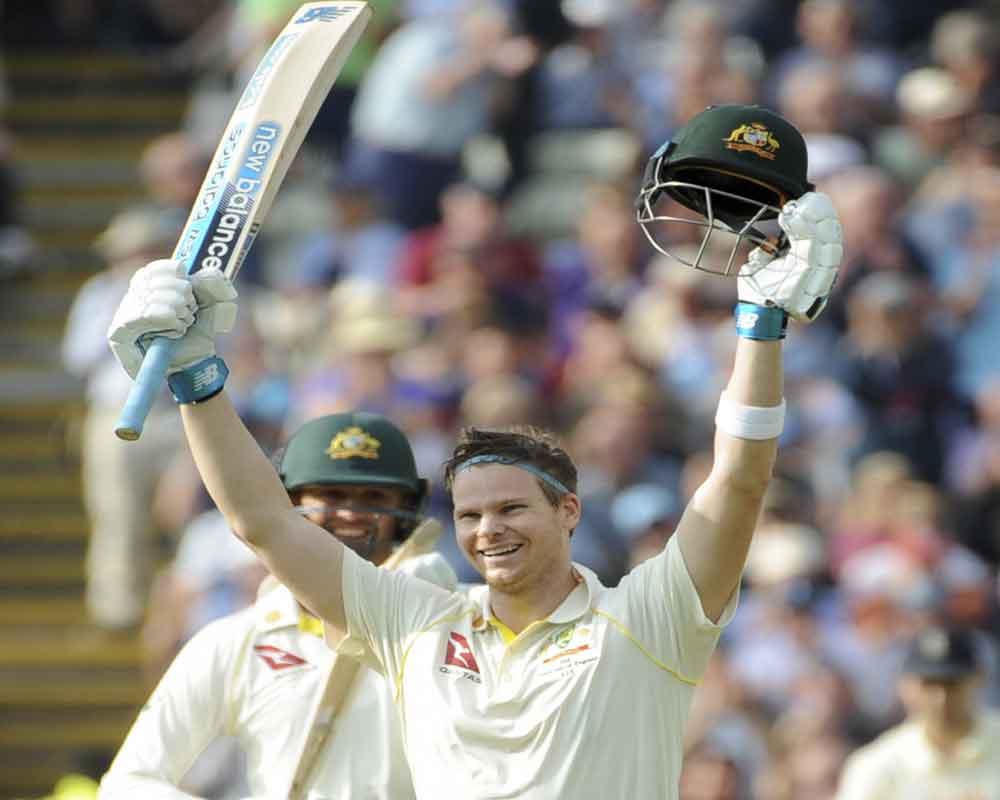 Australian batsman Steve Smith on Tuesday overtook India's Cheteshwar Pujara to grab the No.3 spot in the ICC rankings after consecutive hundreds in the opening Ashes Test in Edgbaston.

Smith, playing his first Test series after returning from a one-year ban for ball-tampering, gained a rung to reach the third position in the latest list for batsmen, which continues to be led by India captain Virat Kohli. Pujara is placed fourth in the fresh standings.

Smith's knocks of 144 and 142 won him the Man of the Match award and the formerly top-ranked batsman is back above the 900-point mark along with Kohli (922) and New Zealand captain Kane Williamson (913). He started the Test, which Australia won by 251 runs, in fourth place and with 857 points.

Australian spinner Nathan Lyon's nine wickets in the match have lifted him six spots to the 13th position among bowlers.

Pacer Pat Cummins has consolidated his top position with a seven-wicket match haul that helped him reach a career-best 898 rating points, the third-best for an Australia bowler in the past 50 years after Glenn McGrath and Shane Warne.

For England, Ben Foakes and Chris Woakes are in 69th and 70th positions in the list for batsmen after gaining one and 11 points, respectively. Opener Rory Burns' knock of 133 in the first innings has helped him move up 25 places to a career-best 81st position.

Fast bowler Stuart Broad, who completed 100 Test wickets against Australia during the match, has gained two places to be 16th.

Woakes has advanced four places to take the 29th slot after grabbing four wickets in the match. Woakes has also leapfrogged compatriot Moeen Ali to reach ninth among all-rounders.