A green and clean capital

A green and clean capital 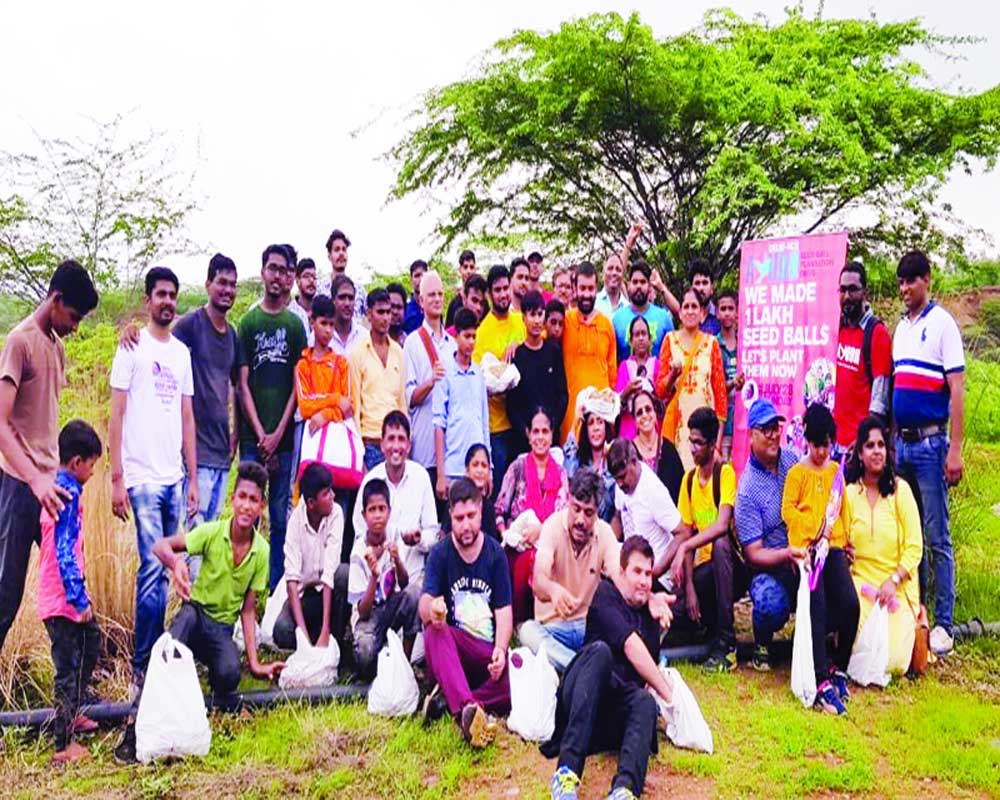 People from different backgrounds and age groups, from school students to elders, came together from Delhi, Gurugram and Faridabad. They spread out in various groups and spent more than six hours planting one lakh seed balls in the challenging terrain and wilderness of the Rajokri and Ghitorni forest areas.

The volunteers organised seed ball workshops across various schools and organisations in Delhi-NCR over the past one month, including Air India, Amrita Vidyalayam School, Deep Public School, Alpine Convent School and Ankur School. The seed balls were made over the past many weeks by various volunteer groups. Each group had taken the challenge of preparing a specified number of seed balls to contribute to the mission of creating a green and clean Delhi.

Said Brahmachari Nijamrita Chaitanya of AYUDH, “Seed balls are a mixture of soil, compost and plant seeds. They are an easy and sustainable way to cultivate plants and a step towards conserving the natural ecosystem. With the monsoon setting in, these planted seed balls ultimately mature into trees, resulting in an increased green cover, providing oxygen, improving air quality and climate, conserving water, preserving soil and supporting wildlife. This massive plantation drive organised by the followers of Mata Amritanandamayi Devi has also created awareness among the residents of the city about the importance of forests and the value of preserving and planting trees.”

As a member organisation of the United Nations’ Trillion Trees Campaign, AYUDH has organised the planting of more than a million trees globally and has been recognised as an NGO with special consultative status to the UN ECOSOC (Economic and Social Council). It now conducts a significant portion of the UN’s work in India. AYUDH is also working internationally to meet the SDGs put forth by the UN.

Mata Amritanandamayi Devi (also known as Amma) has been emphasising on the need of protecting our mother nature. Amma’s centres are working to become local models of sustainable living.