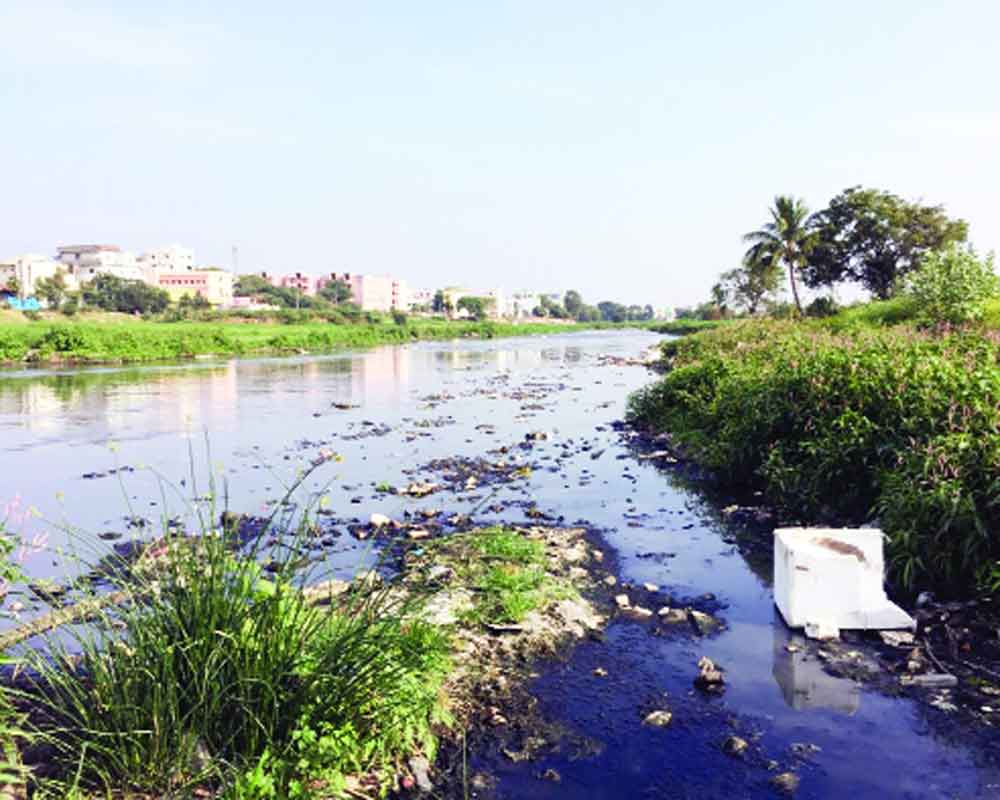 Concerns about environment regularly feature in documentaries. But in a world that is staring at climate change as real, it is high time that it is featured in a format that reaches out to the masses, says Ayushi Sharma

One can easily lament about the inadequate representation of environmental issues  in mainstream cinema. And given the current climate crisis, which is pushing the earth to a ‘global tipping point,’ as per researchers, it becomes even more important for environment-related films to find a mainstream context. But in India, at the moment, mainline films which deal with the issue are few and far between, like Kadvi Hawa, though there is a burgeoning sub-category of docu-drama.

The four day CMS Vatavaran, Environment and Wildlife International Film Festival, tries to break this box. Waterman, directed by Hyderabad-based filmmaker, Anshul Sinha, drives home a strong message in a funny but impactful manner by personifying municipal water supply. The film follows a man with a water tap in his mouth, who visits residents of a colony in Kacheguda every day. He is the one who supplies water and the entire area depends on him for daily chores — washing, bathing, cooking and so on. Families rejoice when he spends an hour in their houses every day and anxiously wait for him to return the next day. But if anyone wastes water, he takes offence and makes sure not to stop over at their house. Told in a humorous format, Anshul believes that creative freedom to directors can be the best way to bring these issues to the multiplex audience at least.

He says, “Filmmaking is such a blessed concept. No other art form has so much power to reach out at a lightning speed. There are so many different genres in which a particular story can be told. Such ‘arthouse and short films, and even documentaries’ come and go. I feel realism has become a recurrent theme in Bollywood but all the environmental issues have not been captured by any of the directors yet. There is a burning need to include climate crisis as a subject in commercial films, especially.”

In fact, another filmmaker from the Netherlands, Jos Van Dongen feels that there are enough central themes that can make for a very engaging and riveting view. We just need to find some and start working on it. His film, The Real Price of Cheap Medicines was broadcast in April last year by independent Dutch media organisation BNNVARA for their documentary programme, Zembla. The 36-minute film shows Van Dongen travelling to Telangana, where he visits a number of sites near the manufacturing unit of Indian pharmaceutical company Aurobindo. The first few shots of the video show Dongen walking along a gushing river, reportedly foaming from all the pharmaceutical pollutants being let into it by drug companies in the area.

“It’s not only our clothes that are made cheaply in India and China, our drugs are produced there, too. Under what conditions are medicines produced in India? And who pays the true price? They produce all this at what cost? Life? This is what needs to be stopped. Otherwise, everything is going to end soon,” he says and adds that he was astounded to see how the levels of pollution were rising and the groundwater was turning green. This can go on for years until and unless authorities do not take some action. And to make them realise the urgency, films have to be made in a format that is far-reaching. However, Van Dongen feels that environment and mainstream media can be a bit difficult. “People are not really interested until it involves or affects their own lives. Through this film, I have tried hard to make a direct link to the viewers themselves. Hopefully, the film should make them realise that medicines not only cure but they make people sick,” says he.

Director Devshree Nath’s film, Naisargi, has been a memorable journey as it made her question the use of plastic sanitary pads. She realised how important it is to make people aware of not just the environmental change but also how humans are contributing to it. She says, “Through this amazing medium of films, we can showcase very minute details of things or events which might get missed out otherwise. Something conveyed with such detail can easily evoke empathy amongst the audience. I feel mainstream cinema has always tried to target the masses and if something related to environment is portrayed in a relatable manner, the masses will certainly lap it up.”

The unique factor about environmental films is that, by their very nature, they are content gold mines but the question is how to make them more marketable? Films that have environmental concerns have always had multiple issues related to not being marketable, feels PN Vasanti, psychologist and social researcher, who is currently the Director General of the Centre for Media Studies (CMS). “Eco films talk about complex issues which are difficult to explain in a way that are easily understood. I feel, environmental films, especially, are left behind to a large extent. Very few directors have become masters of it. The festival has played a massive role in doing a series of workshops which provide exposure to environment-conscious filmmakers,” she says.

Vasanti feels that it is a craft which needs to be learned with patience. Understanding of certain topics under this theme require people who have researched well and proper knowledge of the subject. It’s not just about filmmaking but more about the subject, which very few filmmakers have the patience and interest to learn. “There are a few things unique about marketing these films. Timing is incredibly important — you must build up as much hype as possible in the short space of time leading up to and around the launch. Until recently, it was tough because the channels were not interested to showcase such subjects. OTT platforms have now become mainstream and it has really exciting possibilities of showcasing these films,” says she. However, the director of CMS adds that it still remains a challenge for eco films to find a mainstream context. It is much more easier to market “so called” easily viable commercial films. But there are possibilities. As they say, if you have the will, there is a way certainly!