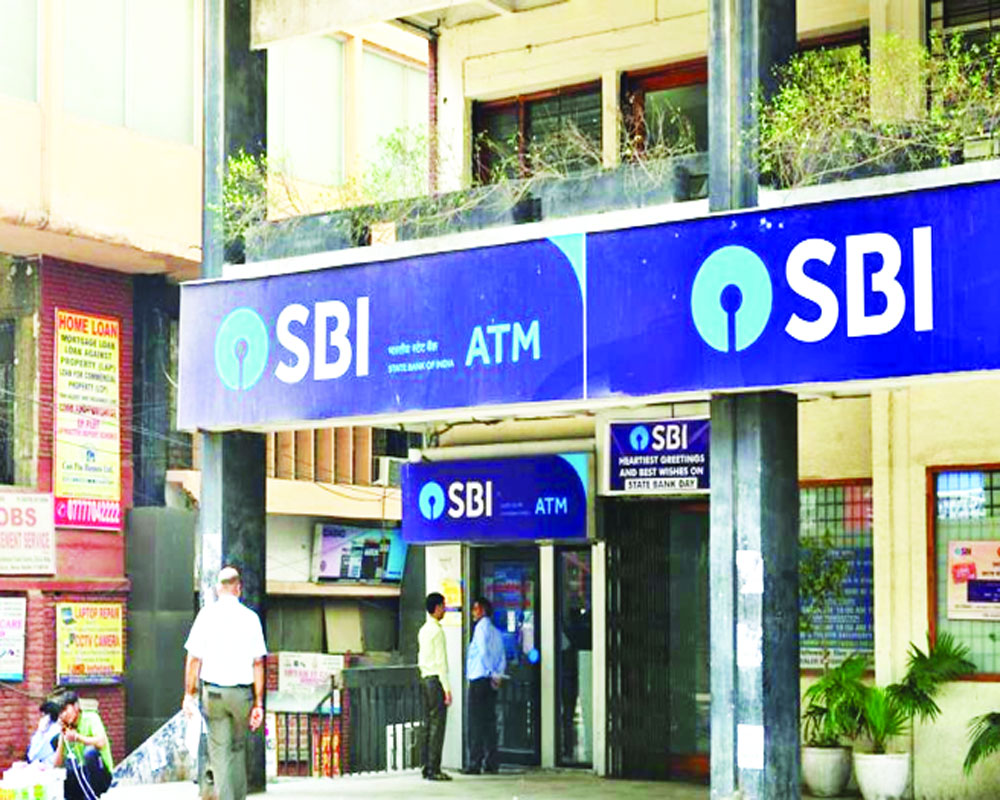 The ailments afflicting PSBs won’t go away so long as majority ownership and control remain with the Government. There is a dire need to unshackle them and grant autonomy to the management

The Reserve Bank of India (RBI) has recommended to the Centre a reduction in shareholding of the latter in six top Public Sector Banks (PSBs), namely the State Bank of India (SBI), Punjab National Bank (PNB), Bank of Baroda (BOB), Canara Bank, Union Bank of India (UBI) and Bank of India (BOI) to 51 per cent in the next 12-18 months. At a recent meeting with the Ministry of Finance (MOF), the RBI had argued for reduction in stake to 26 per cent. But, observing that this might not be possible in the near term for now, it has settled for lowering the Government’s shareholding to 51 per cent. Given its precarious financial position and looking for all possible avenues for increasing revenue, the Narendra Modi Government has promptly latched on to the idea. It is aiming to garner about Rs 25,000 crore by shedding its stake in the six banks which could even go up to Rs 43,000 crore (according to an estimate).

The PSBs in question have already started gearing up for this as they have decided not to take any lumpy credit exposure and are taking steps to reduce their non-performing assets (NPAs) by one-third by the end of the current financial year March 31, 2021 — all aimed at improving their valuation and getting a good price from the sale. The Centre (besides, the RBI) is closely monitoring the situation. At the end of the day, it may re-fill its denuded coffers somewhat. But the larger question still remains unanswered.

Is the Modi Government really serious about bringing down its stake in PSBs to as low as 26 per cent? Is it committed to their privatisation? Does it have anything credible to show? The idea was first mooted by the NDA dispensation under the then Prime Minister AB Vajpayee (1999-2004). It had proposed reduction in the Government’s shareholding in PSBs to less than 50 per cent initially and eventually to 33 per cent. That remained on paper.

In 2015, a RBI committee headed by P Nayak made sweeping recommendations to bring about structural reforms of PSBs in sync with the requirements of an economy on an accelerated growth trajectory and to make it globally competitive. It recommended (i) setting up of an autonomous Bank Boards Bureau (BBB) with a mandate to select the top management; (ii) setting up of a bank investment company (BIC) where all Government shares in PSBs will be vested and (iii) divestment of its shareholding in all PSBs to below 50 per cent.

The committee had contemplated the Board as an interim arrangement — to serve as a precursor to the BIC. In 2016, the Government approved the constitution of the BBB as a body of eminent professionals and officials to make recommendations for appointment of whole-time directors and non-executive chairpersons of PSBs and State-owned financial institutions (FIs). The BBB was also mandated to engage with the board of directors of all PSBs to formulate appropriate strategies for their growth and development besides, encouraging them to restructure their business strategy and suggest ways for their consolidation and merger with other banks based on requirement. Initially headed by Vinod Rai, former Comptroller and Auditor-General (CAG) till April 2018, the BBB has been under a part-time chairman (a retired bureaucrat) and other part-time members. Recently, the term of the BBB was extended for a period of two years beyond April 11 or until further orders, whichever is earlier. How much importance does the Government give to the BBB? Being headed by a part-time chairman and part-time members, this by itself conveys a lot. On the other two recommendations, while (ii) is not even on the radar, as regards (iii), the only action seen thus far is the Government’s decision to divest its majority stake in IDBI Bank.

But things didn’t work out as planned and during 2018-19, the Life Insurance Corporation (LIC) was roped in to acquire 51 per cent controlling stake in IDBI Bank. The acquisition was completed on January 21, 2019 with LIC being re-classified as promoter of the bank with management control and the Centre continuing to be the co-promoter without management control. While it is normal to see LIC in the role of a financial investor, for it to be owning and running a business enterprise is anomalous.

Meanwhile, most of the ills that go with majority ownership of the Government continue to afflict PSBs. The political brass appoints the CMD/MD and deputes bureaucrats as its nominee on the bank board. For appointment of directors, until last year, the nomination and remuneration committee (NRC) included the Centre’s nominee. In August, 2019, the RBI tightened the fit-and-proper criteria to exclude him/her. But, this is only cosmetic with CMD and MOF nominee — both handpicked by the Government — calling the shots when it comes to taking policy decisions or even in its day-to-day running.

In the past, meddling in the affairs of the PSBs took the form of what came to be known as the cult of “crony capitalism.” The businessmen patronised by the ruling establishment managed loans on considerations other than merit and got them ever-greened (taking a new loan to pay back the earlier one). Neither the banks insisted on repayment, nor the defaulters had any sense of fear as those who were expected to take action chose not to act. The political brass also rides piggyback on PSBs for absorbing liabilities created by populist policies such as supplying power to farmers and households at subsidised rates (or even free in some States).

Be it a spate of bailout packages given to power distribution companies (four bailouts have been granted so far) or loan waiver given to farmers and now moratorium on loan repayment extended to all and sundry, all have inflicted heavy losses on PSBs.

The Government has put investigation and prosecution agencies in top gear to nab fraudsters and the Prime Minister is allegedly against “crony capitalism.” But these exhortations and central agencies seen in action mode do not seem to be yielding the desired result. The proof of the pudding is in eating. To get a sense, we only need to look at the value of bank frauds in recent years. During 2014-15 and 2015-16, the value of bank frauds was Rs 17,000 crore each. During 2016-17 and 2017-18, this went up to Rs 20,500 crore and Rs 22,500 crore respectively. Thereafter, the value galloped to Rs 64,000 crore during 2018-19 and further to Rs 110,000 crore during the first six months of 2019-20.

The message is loud and clear. The ailments afflicting PSBs won’t go away so long as majority ownership and control remain with the Government. There is a dire need to unshackle them and grant autonomy to the management. The RBI’s recommendation that the Government’s stake in six PSBs be reduced to 51 per cent won’t achieve the desired objective. To get the intended results, the Nayak Committee’s prescription should be adopted in totality.

The Government should set up a BIC with eminent professionals as members. While the position of chairman should go to a professional, the member-secretary can be drawn from the bureaucracy. All of the shareholding of the Centre in all PSBs should be transferred to the BIC.

The company should be given necessary authority to take all decisions on behalf of the sovereign Government and allowed to work with full autonomy — at arm’s length from the latter.

The BIC should guide the management of individual banks to improve their working, prepare the roadmap for divestment of majority ownership and control and see through its execution. It should determine the timing of sale so as to realise maximum value. The shares should be so distributed as to avoid concentration in a few hands and ensure greater accountability to the public.

It is also crucial for the RBI to strengthen its “supervision” over banks to guard against irregularities and mismanagement to prevent the fiasco of the kind we have seen in the case of Yes Bank — a private bank. It should maintain strict vigil over the auditors to ensure that they do their job diligently.