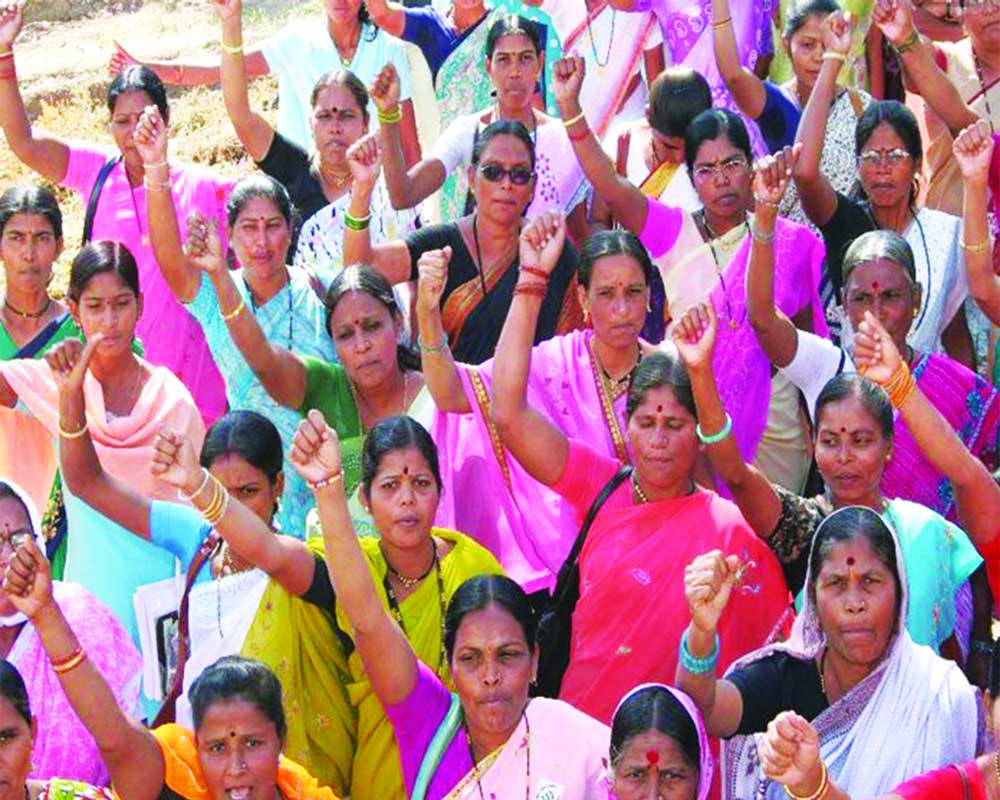 In the last two decades, the gender landscape in rural India has been slowly greening and women are now on the cusp of a powerful social and political revolution. The harbinger of this change is a unique policy experiment in village-level governance that has brought transformative results for the weakest of the weak and the poorest of the poor: The village women. In 1993, India introduced the Panchayati Raj Act, mandating a three-tiered structure of local governance at the village, block and district levels with reservation of one-third of all posts in gram panchayats (village councils) at the bottom tier of India’s decentralised governance system, for women. The vision was that these women-headed councils would bring greater transparency and better governance in their villages. It revitalised an age-old system of rural local Government whose name “panchayat” is drawn from Sanskrit, meaning the council of five wise men.

This new law was a step towards the fruition of Mahatma Gandhi’s dreams of village-level self-governance with gender justice as a key pillar. Gandhi believed that, if implemented correctly, the Panchayati Raj system would alleviate the alienation of the common people from governance and also preclude the external intervention of higher-level civic officials, who might not be familiar with the concerns of local people. Earlier politics was considered a foul word and women were expected to keep a hygienic distance from it. However, development scientists and social activists now acknowledge that the modern development paradigm has a political salience and politics underpins all facets of development. It is politics which is the firing engine for all the cylinders of development. It is true that political power needs to be sanitised and has to be reinforced with ethical underpinnings in order to make it more benevolent. This can come about only when more educated and development-oriented individuals embrace politics as a critical arena for innovation and change. Politics is the fulcrum of governance and unless the quality of political timber is improved, governance will continue to limp.

Experience of this social and political experiment has shown that women are not just equal to the task but orientate public-good provision more towards the preferences of their gender, namely more water, health and roads. Though less politically-savvy and often only semi-illiterate, these women had an advantage in being actively mentored by the district bureaucracy. Several NGOs also designed programmes for skilling them in governance. Women face a host of difficulties handling political power: Cultural norms, social hierarchies and patriarchal practices — which together tend to favour and attract men and discourage the participation of women.

Several women who started their political careers as self-described “rubber stamp” officials are now asking questions about Budget allocations. They stride about in Government offices with polished informality sharing their concerns with officials in tones of supportiveness and also assertiveness. They are successfully challenging the traditional village male elite by defying petrified social codes of female bias and are now powerful aspirational symbols and role models. Women leaders today are more than just mouthpieces for their politically-savvy husbands. For most of them, reserved posts offer the only real opportunity to bring change to their communities. When these seats are coupled with new skills — from public speaking to development planning to budget management — they are better prepared to deliver development to their societies and negotiate within the political space that has opened for them. However, the path they have trodden after the initial euphoria of winning the elections has not been easy. There have been growing pains and many early entrants retreated, never to emerge again. The avalanche of social and cultural mores rained heavily on them. Although the resistance is whittling down, it is clear that achieving gender equality in leadership will require sustained policy actions that favour women over a long time.

The vision is truly not as romantic as many would like us to believe. But, as women have shown, they have all that is needed to ride out these storms. The men know this very well but they don’t want to concede that women possess the ability to be the better halves because they are afraid of losing their last refuge, politics.

In the long-term, the journey is going to be harder and tougher than policy wonks can imagine. The wait could potentially be eternal. But if bureaucrats can muster the will, they can succeed. They know from past lessons that they have the tools and they need to vigorously back reforms that can engender greater empowerment for women. For sustainable change to happen, women need to actively compete in the present political game. Legislation and policy pronouncements seldom penetrate the surface of social and political barriers. They are ultimately impotent against the grid of the established power structures inherent in most rural households and villages.

The great strength of democracy, according to Amartya Sen, lies in that, “it gives people in need a voice and, by so doing, plays a protective role against so many different forms of political and economic abuse”. The Panchayati Raj is just a beginning; it is only one step on the way, but it is the right step on the right ladder.

These women are reconfiguring gender and social dynamics and have started exploring their wider responsibilities as stakeholders as citizens of a polity. However, decentralisation is not easy. The skill levels in impoverished communities are very low. And, in a country where democracy has been established in a top-down manner, a feudal mindset may still prevail.  The people may not be aware that the Government should be accountable to the people — not the other way around.

A lot of positive changes are coming in the better-governed villages. There are still large swathes where discriminatory traditions continue to dominate. Several factors constrain the effective participation of women leaders. Some of these relate to a patriarchal culture, which neither sees women as political entities nor allows them to develop their potential. The same cultural standards also prohibit women from envisioning themselves as political entities. Other related factors that constrain participation are a lack of basic familiarity of women with political governance and absence of legal literacy. Women need to be given adequate advocacy tools strengthening democratic engagement and gain control over local resources and influence over local governance. Village assemblies are a critical participatory institution in providing equal access to all members of the community to the deliberations and negotiations in local governance; but elite control of these bodies has prevented functional democracy from taking roots. It has been found that the average participants in such village assemblies are the less-poor households with the participation of the poor dwindling over the years. This is the reason why, in several remote and tribal pockets, Panchayat Raj has failed to enhance the social outcomes for most citizens.

The social pecking order of villages cannot be overturned easily and several challenges remain to fuller empowerment. Legitimately-elected women representatives remain vulnerable to manipulation and harassment and are often reduced to mere proxies, while the real decision-making authority remains with their husbands or power brokers from higher castes. There are also instances where a woman belonging to a Scheduled Caste or tribe has been elected as head of a panchayat but is at the mercy of her upper caste landlord in the village for her livelihood. In such cases, too, the reins of power and decision-making clearly lie elsewhere.

At the policy level, we must understand the structural impediments in the full evolution of Gram Panchayats as functional governance units remain. The Panchayati Raj Act created these bodies but did not endow them with various governance functions — like the financial authority on provision of education, health, sanitation and water. Instead the law simply enumerated the functions that could be transferred and left it to the State Legislature to devolve them. There has been very little devolution of authority and functions till now. Gram sabhas were expected to be the primary legislature of rural governance with responsibilities to catalyse local planning by conducting ‘needs assessment’ exercises and devising plans for development projects that would be aggregated at the panchayat level. When further aggregated and rationalised at the district level, these would become official inputs into the State Government’s annual budgeting process.

Gram sabhas did remain a pivotal institution in local planning; but had little real role in governance. Despite the noble intention, they have struggled to stay relevant. They continue to be plagued by   low participation and frequent hijacking by influential interests and have not been able to mature into viable democratic units. The dip in popular participation and weak political will has had significant implications for the future of democratic decentralisation in India.

The heroic stories of tenacious women scripting tales of success are great signs of a brighter tomorrow. Women’s empowerment is a journey, not a fixed point that yields to simple policies.

(The writer is a well known development professional)