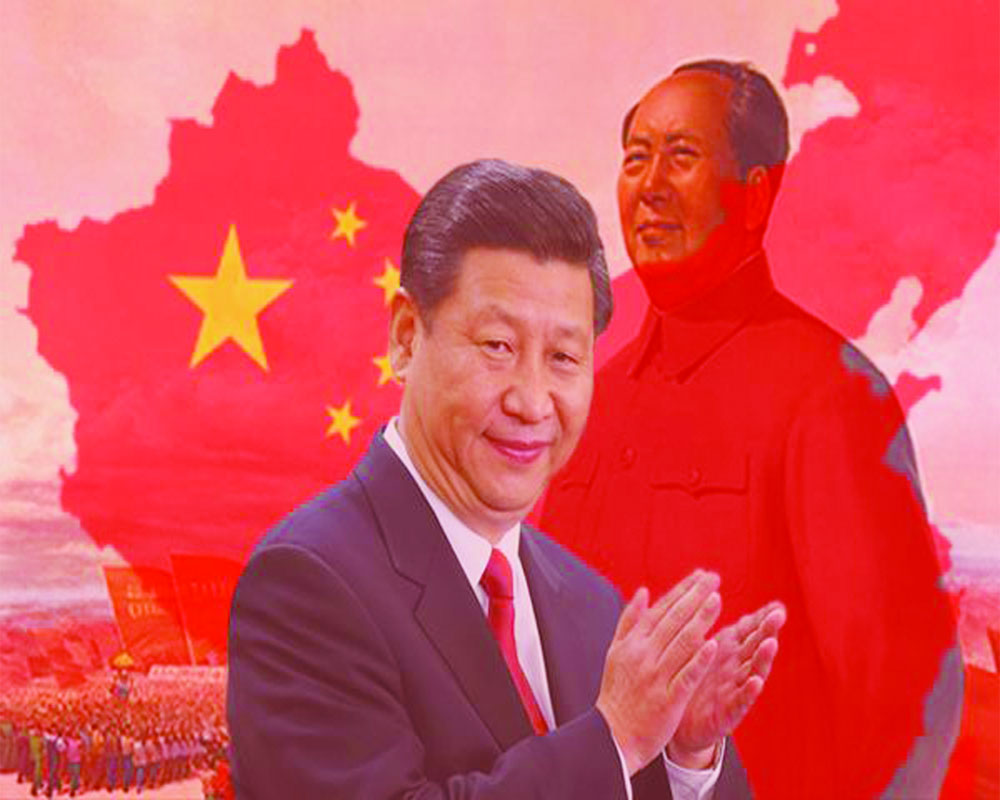 The rise and assertion of China is undeniable but it is also losing its crucial ‘soft power’ in the bargain. Nations must get together to call its bluff

The Chinese management of its narrative has been exceptionally crafted and has seen unprecedented levels of intra-coordination within different layers of governance. This was possible because it is a one-party State. The seemingly seamless integration of its economic, diplomatic, military, strategic and psychological imperatives into the making of the Chinese juggernaut has fructified the patience alluded to by Deng Xiaoping when he said, “Hide your strengths, bide your time.” China’s transformation from being a predominantly agrarian nation with a bloated and antiquated People’s Liberation Army (PLA) to that of the world’s second-largest economy with ocean-roaming nuclear submarines, intercontinental ballistic missiles, stealth bombers and cyber-capabilities has been astonishing.

With a slew of geo-strategic initiatives (for example, the Belt and Road Initiative and the China-Pakistan Economic Corridor among others), Beijing is easing its purse-strings to debt-trap other nations. It is also carefully calibrating limited military engagements (for example, challenging US Navy capability in the South China Sea or the recent Galwan Valley face-off with India). China has been asserting its expansionist and hegemonic instincts. Behind this ruthless clarity of thought and action are “cultural” and “political” reflexivities that define its nonlinearity of action. China can simultaneously charm, buy out, intimidate or coerce others towards its end. Such behaviour is extremely difficult to read as it deploys and postures asymmetric stances that are predicated on deceit.

Between 2014 and 2018, over 70 per cent of Beijing’s arms imports came from Russia, which sold its state-of-the-art SU-35 fighter jets and S-400 anti-aircraft systems, only to see its technology brazenly ripped and reverse engineered, in line with China’s patented theft of technology. The Russian state-owned conglomerate Rostec’s chief of intellectual property was left fuming: “China alone has copied aircraft engines, Sukhoi planes, deck jets, air defence systems, portable air defence missiles and analogues of the Pantsir medium-range surface-to-air systems.” But nothing came out as cash-strapped Russians recognised the price of doing business with China.

Further, the US military and its suppliers have been “under cyber siege” for long as Beijing relentlessly seeks to build its military capabilities by stealing and hacking into critical military information, all this without having to fire a single shot. Besides espionage, this Chinese cyberwarfare infrastructure and capability are used for intimidation, and cause deadly disruptions that can create havoc in civic and political realms. Recently, when Australian Prime Minister Scott Morison lamented that a “sophisticated State-based cyber actor” was trying to hack all levels of Government, personal, business and infrastructure-related information, the finger was unmistakably pointed towards China. It is owing to such fears that the US, Australia and NATO countries are putting barriers and blocking the Chinese conglomerate, Huawei, from developing the 5G network. The intermingling and cross-ownership of industry makes them  suspect all Chinese conglomerates in order to realise the goal of “Chinese century” through any means possible.

However, it is China’s unapologetic and amoral realpolitik in international diplomacy that stuns and shocks the opponents, who consistently fail to understand the deceit levels born of Chinese ambitions. Be it the Nehruvian naivety of Hindi Chini Bhai Bhai (India and China are brothers) or the brazen bailout afforded to an international terrorist like Masood Azhar on “technical” grounds at the UN or the most recent backstabbing in the Galwan Valley — the Chinese have always reneged on their word. Chairman Mao had once explained the Chinese aphorism “to seize someone’s pigtail” and then added that in the Sino-India dimension they “do not seize each other’s pigtail. We are not on the alert against each other.” This was said just before 1962. China patronises roguish nations like Pakistan and North Korea and turns them into vassal States. In the Chinese manual of practicality, there is no contradiction in being the “all-weather friend” of Pakistan, an avowedly “Islamic” country, while it is a “communist” country as long as the ends justify the means. Even domestically, it is the deceitful commitment towards its “one country, two systems” principle that defines Hong Kong’s concerns as China goes about surreptitiously dissolving the political-social-cultural boundaries with its project of “Mainlandisation”, akin to Tibet earlier and one that haunts Taiwan  always.

It is said that unlike the Western notions of war and diplomacy, which are essentially based on overwhelming force and technology, the Chinese are masters of strategy and stratagems. It has produced military classics like Sun Tzu’s Art of War and has institutionalised strategic tenets like ingyizha li (war is deception), sheng-dong ji-xi (point to the east but attack the west), shang-bing fa-mou (critical to attack enemy’s strategy), chu-qi zhi-sheng (win by doing the abnormal), bishi ji-xu (attack the enemy’s weakest point and stay clear of its strengths), yi-yuwei-zhi (take the most devious route to surprise and overcome), yin-di zhi-sheng (emerge victorious by changing the tactics according to the situation, don’t be fixated), yi-rouke-gang (against the hard, be soft and gentle to win), hou-fa zhi-ren (retaliate and go up on the enemy after it has started the fracas) and such dialectics that underline and reflect Chinese actions.

Unlike the US or India, not only does China have a “strategic culture” but it also incorporates the same in its State functioning with the additional advantage of being able to deploy diplomacy, commerce, military and psychological wherewithal in perfect unison. It remains impossible to decipher and it exploits the “strategic configuration of power” unabashedly and confidently.

Therefore, for all its militaristic posturing, China has not taken on any resource-draining commitments in the global conflict, for example, the Middle East, and bides its time as the West slowly burns and exhausts its resources and enthusiasm. The rise and assertion of China is undeniable but it is also losing its crucial “soft power” in the bargain as the COVID-19 world licks its wounds at the utterly deceitful Chinese ways of “managing” the same. The littoral States surrounding the South China Sea, Japan, Taiwan, India, Australia and the Western world are realising that they have been truly outsmarted through deceit, more than once by a hawkish China. Only in this honest realisation lies the future recourse of calling and mitigating all future bluffs of Chinese deceit.