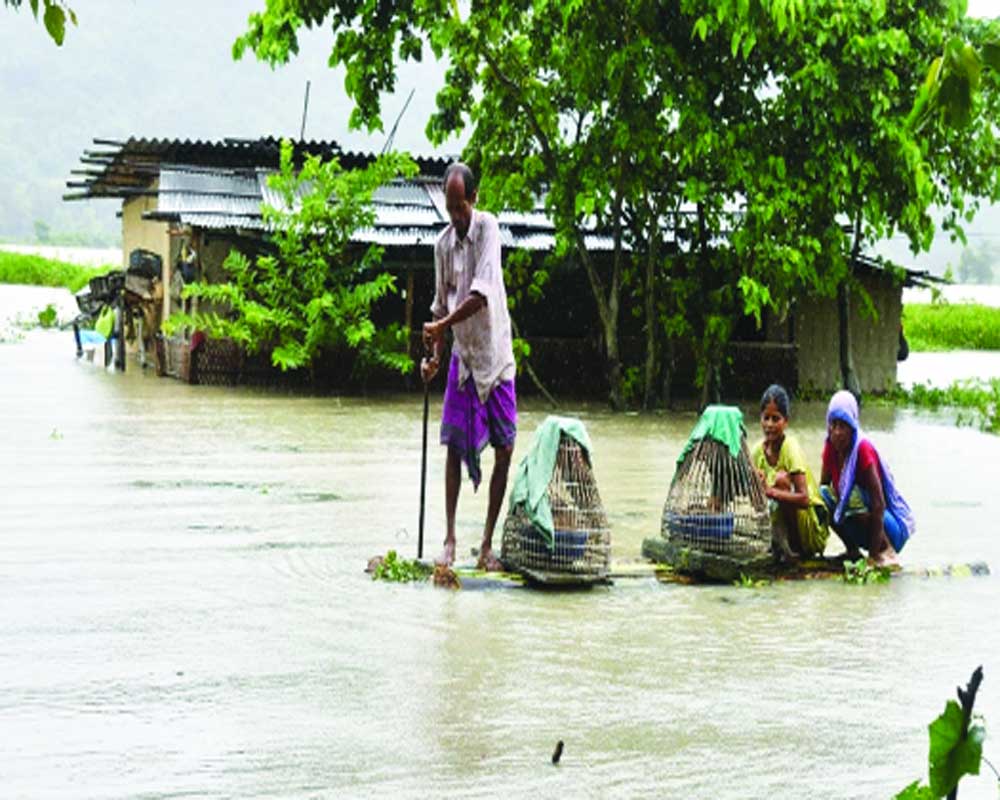 Each year, as regular as clockwork, the floods hit Assam. This year is no different and all control and management efforts seem to have failed as 28 out of the 33 districts in the State are inundated in the sixth worst flood since 1988. As per the Assam State Disaster Management Authority, 77 people have died, more than 39.8 lakh people have been affected and 51,000 have been rendered homeless. A whopping 34 lakh animals have been hit, too, and Assam’s famed wildlife sanctuaries, including the renowned Kaziranga National Park, are under water. Altogether 86 wild animals have died but thankfully 121 others have been rescued. With over 3,000 villages currently washed out, 1.3 lakh hectares worth of crops are estimated to have been damaged. The bad news is that while we are yet to get our act together, things will get worse in the near future due to climate change as erratic and extreme weather events are expected to increase. India anyway ranks fifth on the climate change risk index. So, in all likelihood, extreme and sudden rainfall will result in increasing incidents of freak floods and landslides, worsening matters all around. As it is, Assam is flood-prone with the Brahmaputra and Barak rivers and their more than 50 tributaries criss-crossing the State. Embankments don’t work where the Brahmaputra is concerned as it changes course very often. Besides, many of these are hardly fortified to tolerate stress. Unplanned urban development has led to severe encroachments of wetlands, low lying areas, hills and forest cover, which could have handled the overflow. Guwahati, which sprawls on the banks of the Brahmaputra, is shaped like a bowl and hence prone to flooding. Matters are made worse by the rainwater run-offs from the neighbouring States of Meghalaya, Arunachal Pradesh and the surrounding hills, which often cause flash floods. Then there is rapid land erosion. In the last six decades, more than 4.27 lakh hectares were eroded by the Brahmaputra and its tributaries with the river becoming wider every year.

If we are to do a better job of flood control and management, we need stronger water laws. The existing ones primarily focus on pollution control and have little to say about prevention/management of floods which result from mismanagement of dams, embankments, environmental degradation and excess unplanned urban development. We need to move from a flood protection to flood governance approach if we do not want to be washed out.