How did CES end up being a car show?

How did CES end up being a car show? 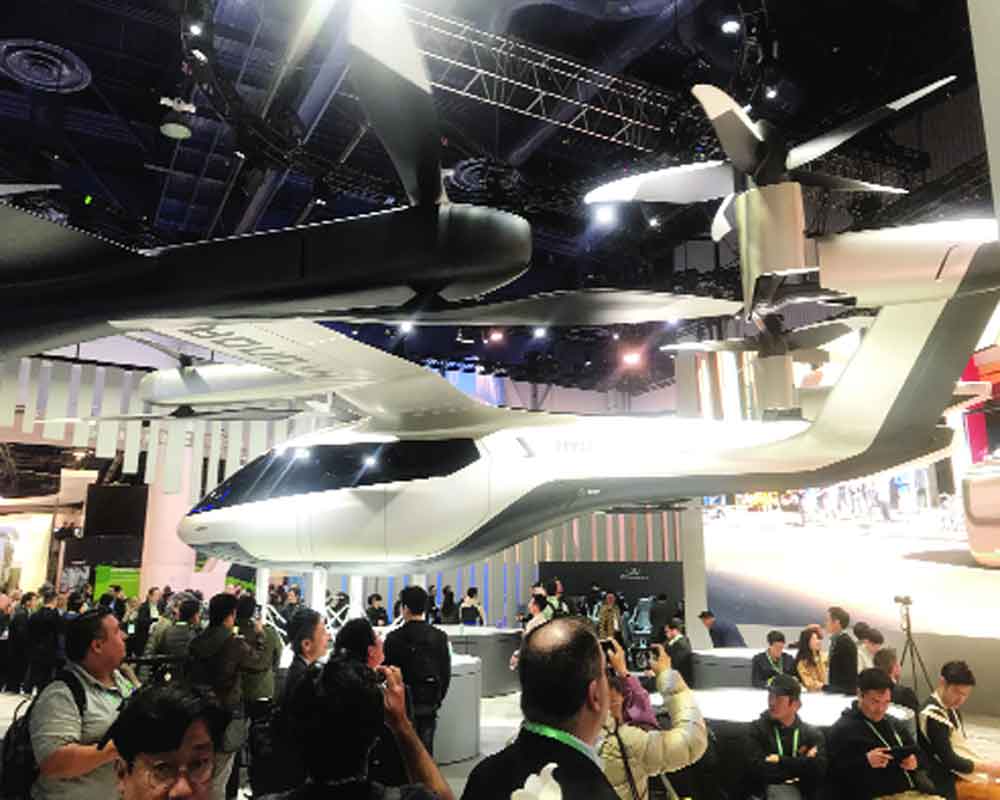 The Consumer Electronics Show has become the world’s largest tech show. But why are there so many carmakers and cars? Is this a sign of a tectonic shift in the auto industry?

This past week I spent a painfully short amount of time at the Consumer Electronics Show (CES) held every January in America’s ‘Sin City’ or Las Vegas. And if you get excited by tech, it is an amazing show. Just the sheer multitude of large-screen 8K televisions on display is mind-blowing and some of the stands of giants like LG, Samsung, Sony, Canon, TCL make your jaw drop thanks to sheer complexity of their displays. There are drones, 3D printing, electric cycles and all sorts of robots, so much of it invariably from China. But what has become interesting about CES particularly over the past few years is the number of automakers who attend it.

I was personally a guest of Hyundai Motors and Hyundai wasn’t showcasing a car or even a new user experience. Rather, it had a new vision for the future of mobility —wait for it, a helicopter. Well, they called it an ‘Urban Aerial Mobility’ craft. The life-size model SA-1 we saw at the Hyundai was quite big and the vision the company has in collaboration with Uber Elevate, of a fleet of connected electric vehicles attached to hubs alongside public transport and shared mobility. These hubs themselves would be connected by these oversized drones. Seriously, that is what these look like. And I appreciate that this is still quite a way forward in the future, definitely in India and possibly even in the San Francisco Bay Area, which Hyundai and Uber used as an example. The vision of 2023 for the prototypes and a functional fleet by 2025 is a bit premature although I believe something like this can very easily work in Dubai and the rest of the United Arab Emirates.

But Hyundai’s efforts to jointly develop an urban shared mobility model with Uber was not the craziest thing I saw at CES. Because that inevitably had to be the Vision-S car, from Sony. Yes, Sony. The Japanese guys are more famous for televisions and audio players. Now, Sony has gone into related businesses before. They were the first hardware company to discover the concept of forward integration, that is creating the content for all those televisions and music players. And Sony has become among the largest film and television production houses in the world. This alongside being the largest video game company thanks to the Playstation brand. And while you might think a car is a stretch, when we spoke to Sony’s Public Relations folks with the car, it really is not.

The Vison-S has 33 different sensors and cameras from ultra-sonic sensors, radar to solid-state LIDAR, all of which are made by Sony. Also add the user experience for the driver and passengers, the audio system with neck-mounted speakers built into the seats, and the battery technology powering two 200 kilowatt motors which would equate to 525 horsepower, which would put this at a similar level as performance variants of German sedans such as the BMW 5 Series.

But after I saw the car and the technology, as well as spoke to Sony executives, I realised that the Vision-S is a technology demonstrator where Sony is putting out the fact that modern electric and autonomous cars are powered by their technology. And frankly, because electric cars have reduced the mechanical complexity of manufacturing and because Sony is clear that they will make a road-legal demonstrator of the Vision-S, it isn’t beyond the realm of possibility that Sony will manufacture such a car. Though unlikely but not impossible.

Other major manufacturers were there as well. From Audi, BMW and Mercedes, showcasing their latest technology, particularly improvements in their user experience systems inside the cabin, to the guys who make the innards of cars such as Bosch and ZF as well as the other technology companies that power modern automotive technology including Google who showcased how the Google Assistant on Android Auto is improving. There was ‘HERE Maps’ as well showing off the latest mapping tech. There was so much automotive technology on display that one might at such a place begin to realise that car manufacturers are now competing with consumer technology companies and Sony, making a car, should have some like their Japanese compatriots worried.

Cars have always been at the forefront of technology but now more than ever, the car itself is a piece of modern electronic gadgetry. It isn’t surprising that CES is becoming a major automotive show and I’m pretty sure that this will only get bigger for carmakers. And they will evolve just like Hyundai plans to and become something else altogether. Tech shows have become auto shows and as we head for the Auto Expo in three weeks’ time, auto shows also ought to change and become something more.