In the spirit of federalism

In the spirit of federalism 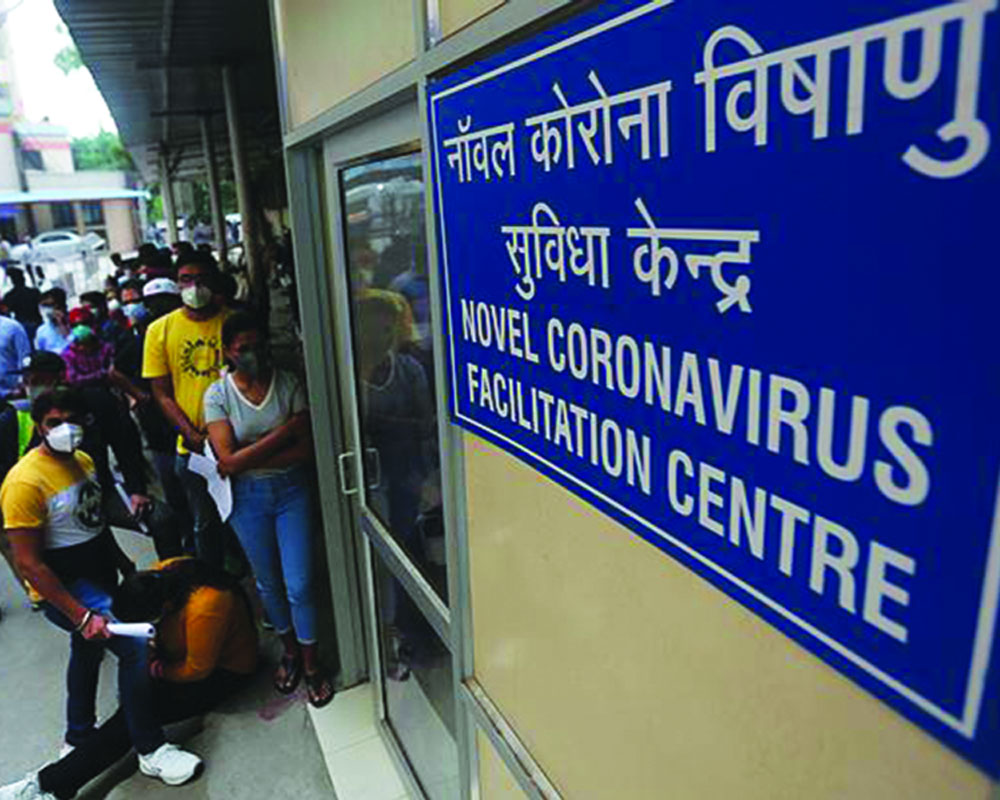 The Centre’s decision to take charge of the overall operations vis-à-vis COVID-19 is in line with the Constitutional scheme of things. States must cooperate to tide over the Corona crisis

It may take some more time for the COVID-19 pandemic to be brought fully under control in our country and to be eventually eliminated but one thing is clear, Coronavirus is certain to result in a re-ordering of India’s federal structure and relations between the Union and the States. While a united national effort is on to tackle the virus, there are a few discordant voices here and there that question the Union Government’s right to issue directions to the States. The nation has never witnessed such a national health crisis ever before and, therefore, Constitutional and other legal provisions that exist to deal with an emergency of this kind will, inevitably, have to be deployed. This means that the “unitary tilt” that is there in the Constitution becomes rather pronounced in circumstances such as these.

BR Ambedkar, the Chairman of the drafting committee of the Constitution, dwelt on the nature of the Indian federation vis-à-vis other bodies, especially in emergencies, in his concluding remarks on November 25, 1949, in the Constituent Assembly. He said that there was an allegation that there was too much centralisation and that the States had been reduced to municipalities. He said this view was not only an exaggeration but was also founded on a misunderstanding of what the Constitution sought to achieve.

The basic principle of federalism is that the legislative and the executive authority is partitioned between the Centre and the States, not by any law to be made by the former but by the Constitution itself. This principle is embodied in the Constitution. Therefore, he said, the charge that centralisation is defeating federalism must fail. The second charge was that the Centre had been given the power to override the States. Ambedkar said he “admitted” to this charge and explained that the overriding powers do not form the normal features of the Constitution. He said, “their use and operations are expressly confined to emergencies only.”

He obviously had in mind not only the articles in the Constitution regarding the proclamation of an emergency among other things but also the powers vested in the Centre in the Union List and the Concurrent List in the Seventh Schedule to make laws to deal with emergency situations. For example, item 23 under the Concurrent List in the Seventh Schedule gives the Union Government the power to make law with respect to “prevention of the extension from one State to another of infectious and contagious diseases or pests affecting men, animals and plants.”

In the light of this epidemic and the coordinated national effort that is on, one can see the Disaster Management Act (DMA) as one which enables the Centre to evolve a national policy and a plan of action to handle the current COVID-19 crisis.

This Act defines a disaster as “a catastrophe, mishap, calamity or grave occurrence…..” Several of its provisions, including Sections 6, 10 and 35, empower the Centre to take charge when a disaster strikes, issue directions and ensure compliance.

The orders issued by the Union Home Secretary, who is also the chairperson of the National Executive Committee, regarding the lockdown and the measures to be taken to implement the same, flow from these provisions of the DMA. For example, in his March 29 order, the Home Secretary referred to the movement of a large number of migrants in different parts of the country and violation of lockdown measures on maintaining social distance and said that in case of any violation of these directions, the States and Union Territories should take necessary action. The order also made it explicitly clear that the district magistrates and the superintendents of police in the districts “will be personally liable for the implementation of these directions and lockdown measures issued under the above-mentioned orders.”

This, to ensure that the orders are not flouted because generally, the district magistrates and superintendents of police are drawn from the Central services and they are well acquainted with the consequences of non-compliance in these matters. Apart from the provisions in the Concurrent List and the DMA, the Epidemic Diseases Act, 1897, also arms the Centre with powers to handle such epidemics.

However, the State of West Bengal took objection to the Centre’s decision to send inter-ministerial Central teams to assess the situation on the ground in some districts that were suspected to be COVID-19 hotspots in the State. Some political parties, too, joined the murmur and complained about the Union Government’s attitude. However, the Centre’s decision to take charge of the overall operations vis-à-vis COVID-19 is in line with the Constitutional scheme devised by Ambedkar and his colleagues seven decades ago.

In his concluding remarks, Ambedkar was emphatic with regard to the tilt towards a strong Centre in certain contingencies. He said that in the opinion of the vast majority of the people, the residual loyalty of the citizen in an emergency must be to the Centre and not to the constituent States. For, it is only the Centre that can work for a common end and for the general interests of the country as a whole. Herein lies the justification for giving to the Centre certain overriding powers to be used in an emergency. “After all, what is the obligation imposed upon the constituent States by these emergency powers? No more than this that in an emergency, they should take into consideration alongside their own local interests, the opinions and interests of the nation as a whole. Only those, who have not understood the problem, can complain against it.”

When one reads these observations of Ambedkar, one realises the depth of his understanding and his  foresight. He knew his country and his people very well. He could anticipate the problems that could arise in a national emergency in a country that is as diverse as India. Currently, 42 political parties run the States and Union Territories and are tugging in different directions with regard to the plans to fight this epidemic. Only a strong centralising force with adequate consultations (the Prime Minister has held several rounds of discussions with the Chief Ministers) between the Union and the States can help tackle this problem. We owe it to our founding fathers for creating the Constitutional mechanism to cope with this pandemic and national emergency.

(The writer is an author specialising in democracy studies. Views expressed are personal.)as