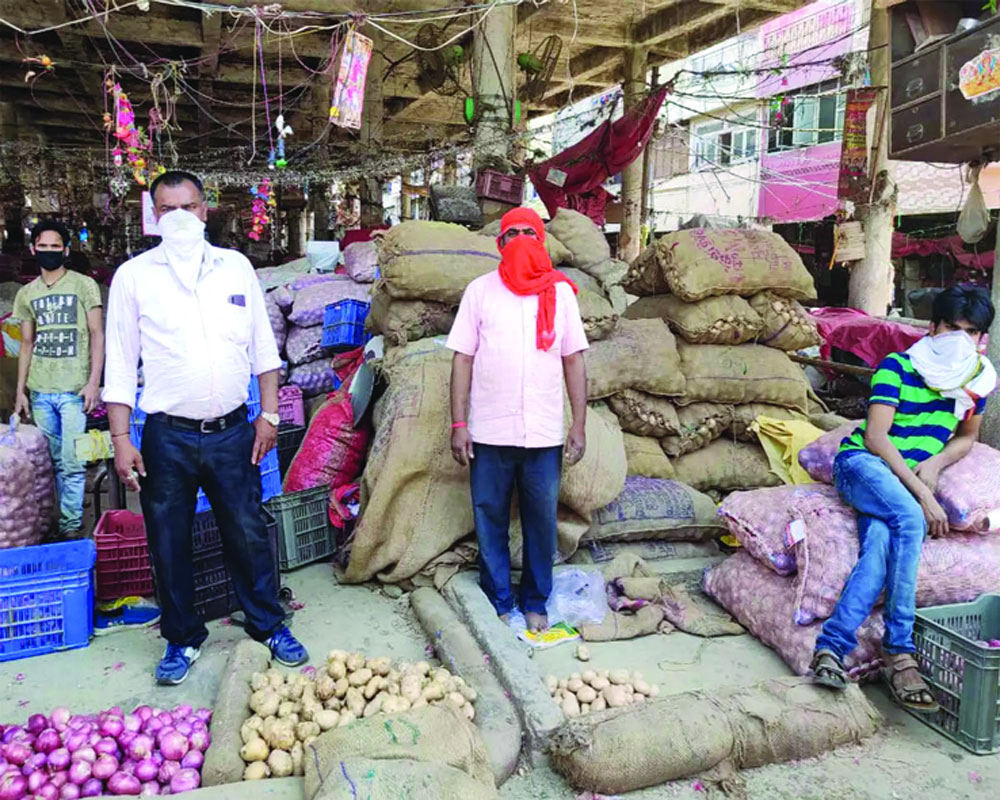 The over-hyped green revolution of the late 1960s introduced varieties of dwarf rice and wheat in northern India with a cocktail of chemical fertilisers and pesticides that sucked up groundwater and gradually made it unfit for drinking. The chemicals leached into the soil and water. State-sponsored propaganda about “miraculous yields” extended the phenomenon across the country, ruining soil fertility and the nutritious value of food crops; the impact on public health was noticed by the medical community but all voices were silenced. Today, Gurdaspur-to-Delhi trains are called “Cancer Express”, yet there has been no medical study of the harm caused by chemical agriculture to the health of humans, animals, soil and water resources.

Now, four momentous laws could pave the way for a revolution in which farmers drive the change, with technology playing a supportive role. If the Government repudiates the genetically-modified food crops lobby, India could return to farming methods that do not require costly inputs and force farmers into a vicious cycle of debt (and even suicide).

On September 16, 2020, one day before the three agriculture-related Bills were moved in Parliament, the Banking Regulation (Amendment) Act, 2020 was passed, bringing all cooperative banks under the purview of the Reserve Bank of India (RBI). It means stricter supervision of 1,482 urban and 58 multi-state cooperative banks, with deposits of Rs 4.84 lakh crore.

The legislation undermines the strongmen who control the Agricultural Produce Marketing Committees (APMCs), mandis, loans and so on in many States. It is noteworthy that large farmers are resisting the new laws; earlier they opposed the Mahatma Gandhi National Rural Employment Guarantee Act, 2005 (MGNREGA) as they had to match wages or lose farm labour. The ongoing COVID pandemic has also improved the bargaining power of farm labourers and added to the bitterness of large farmers.

Often, agents arranged debt-funding for farmers from private moneylenders, who charged usurious interest and enjoyed political heft; such debt has been linked to farmer suicides in some States.

Simultaneously, the Union Cabinet approved the Rs 15,000 crore fund for animal husbandry as part of the Atmanirbhar Bharat Abhiyan stimulus package and a scheme for interest subvention of two per cent to “shishu” loan category borrowers for one year under the Pradhan Mantri Mudra Yojana. These developments form the sub-text of the farm Bills.

The Farmers’ Produce Trade and Commerce (Promotion and Facilitation) Act 2020 allows sale and marketing of produce outside notified APMC mandis. State Governments cannot collect market fee, cess or levy for trade outside the APMC markets; inter-state trade barriers are nixed and provisions have been made for electronic trading of agricultural produce. No licence is needed; anyone with a PAN card can buy directly from farmers. The new system provides a dispute resolution mechanism in case farmers are not paid immediately or within three days.

The APMCs failed as they allowed vested interests to seize the system. States levied cess to earn extra revenue that was not part of the budget and was used for “discretionary” development spending, mostly under the Chief Minister’s orders. As the cess increased, political appointees took charge of the APMCs. Even the Food Corporation of India (FCI) paid cess. Small farmers were burdened with the cost of transport to take their produce to the mandis and deal with middlemen. For instance, waiting outside sugar mills, with heat evaporating the sugar content in the cane, desperate farmers have succumbed to agents (of nearby mandis) who arrive miraculously and dictate the price.

Under the new Act, politicians and urban elite farmers will find it difficult to get large “agricultural” incomes mandi-certified and pay zero per cent income tax, as payments have to be made against PAN cards.

The Centre has funded Rs 6,685 crore for the formation of 10,000 Farmer Producer Organisations (FPOs) and the Rs 1 lakh crore Agriculture Infrastructure Fund (AIF). The FPO will give farmers higher bargaining power while AIF and market reforms serve as additional enablers. They can invest in farm equipment, infrastructure and build forward market linkages by making agreements with agribusinesses, thus improving access to technology and investment. Maharashtra’s Sahyadri Farmers Producer Co. Ltd, with 8,000 marginal farmers, exports 16,000 tonnes of grapes every season.

India processes less than 10 per cent of output (cereals, fruits, vegetables, fish, etc) and loses around Rs 90,000 crore annually to wastage. Hopefully, market linkages will motivate farmers to diversify and grow crops such as edible oils and help reduce India’s edible oil import bill that currently stands at over $10 billion.

Dismissing the propaganda that the new laws would end the minimum support price (MSP), the Centre has quietly ordered procurement, effectively nipping the canard that small and marginal farmers would be short-changed. Implementation will be the key.