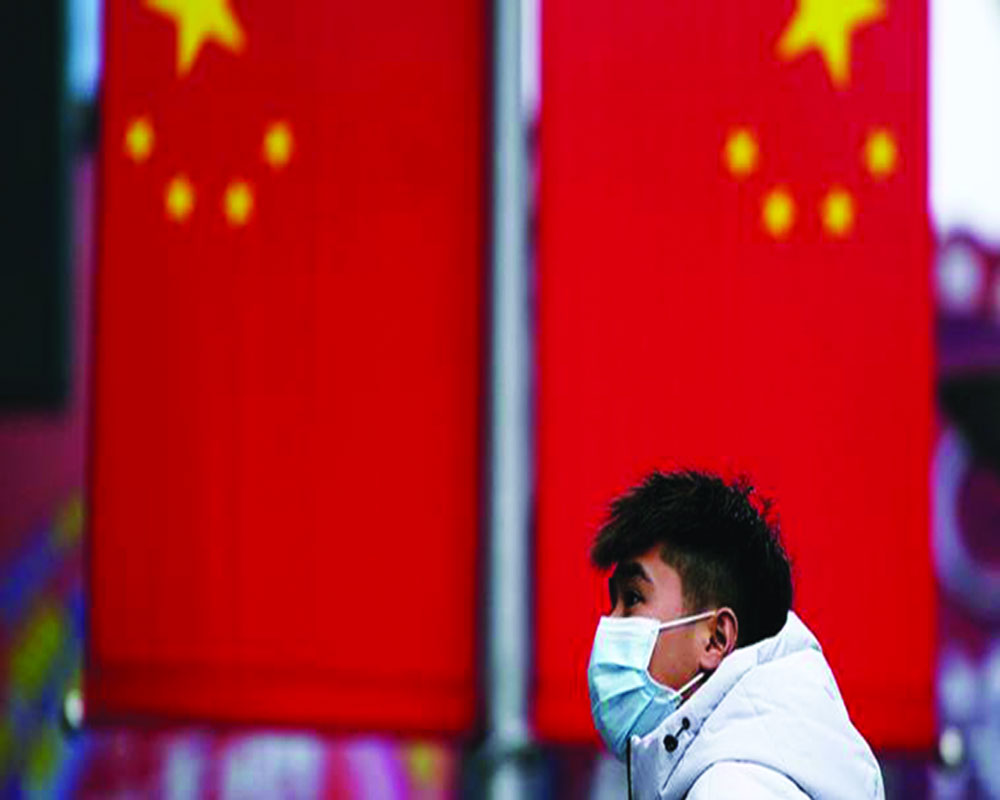 With China facing serious backlash both domestically and internationally, it wants to divert its people's attention to the India-China border

For the last two months, India and China have been involved in a military and diplomatic stand-off along the Line of Actual Control (LAC). The current skirmish is not isolated from the main politics of China. It is but an extension of the Communist Party of China’s (CPC) domestic policy. The developments at the border have come at a time when the CPC is facing international backlash over the outbreak of the pandemic. Back home, too, the Chinese are frustrated over the CPC’s role in covering up the spread of the Coronavirus in Wuhan city, which eventually led to the deaths of thousands of people. As per the database leaked from the National University of Defence Technology in Changsha city, China could have had 6,40,000 cases instead of the official 84,000. This revelation has further alienated the CPC from the Chinese people.

What, however, is worrying is that 70 years on, India’s Tibet dilemma remains. Before Tibet was invaded by China, there was no sign of well-made road along the India-Tibet border. However, trade routes for pack animals existed. From Srinagar, a route runs to Leh and thence through Southern Tibet to Shigatse and Lhasa. From Lhasa, a much-used route goes to Chamdo. In short, there was hardly any sign of a good road or any major bridge in Tibet. All of this changed drastically after the Chinese invasion of Tibet. China became India’s new neighbour and with this new development, the tranquility across the Himalayas was hijacked by an authoritarian party-State.

Ever since the invasion of Tibet, the development of strategic roads became a top priority for the CPC. It undertook massive infrastructure development projects for more than two decades. And by 1975, China had completed 91 highways totalling 15,800 km, with 300 permanent bridges in outer Tibet alone, effectively connecting 97 per cent of the region’s counties by roads. Then the People’s Liberation Army (PLA) started focussing on Tibet. Ever since, the number of exercises and overall military activities in the Lanzhou and Chengdu military regions have been noteworthy. In one of the early instances, in October 2011, the PLA was reported to have carried out two joint exercises in the Chengdu and Lanzhou military regions.

The Global Times reported on January 5, “In the new year exercises, the PLA Tibet Military Command has deployed helicopters, armoured vehicles, heavy artillery and anti-aircraft missiles across the region: From Lhasa, capital of Tibet, with an elevation of 3,700 metres to border defence frontlines with elevations of more than 4,000 meters.” It further noted, “China’s latest weapons, including the Type 15 tank and the new 155-millimetre vehicle-mounted howitzer, were deployed in Tibet as the PLA began the first round of exercises in 2020.” Because of its continuous infrastructure development, today, the PLA is in a position to carry out numerous military exercises even on the inhospitable terrains of Tibet.

One stone at a time: CPC’s territorial strategy for future claims and control: Early in 1995, after the Philippines Government discovered that  octagonal bunker-type structures were being constructed on a previously unoccupied reef, the then Chinese Foreign Minister, Qian Qichen, had claimed that it was built by the authorities of Hainan for the convenience of Chinese fishermen around the Spratly Island. Following this incident, there was a series of diplomatic exchanges and visits by heads of both countries to satisfactorily resolve the issue. Despite numerous diplomatic engagements, China continued to upgrade its physical presence on the Mischief Reef. Later these structures became the base for the CPC laying sovereignty claim  over the islands.

On November 26, 2016, satellite images released by the Asia Maritime Transparency Initiative (AMTI) showed a series of hexagonal structures now in place on each of the seven islets. They appear to be large anti-aircraft guns and close-in weapons systems (CIWS), AMTI said. In fact, this weapon system can also be used on land to protect the military base. By 2018, the reef had been turned into a militarised artificial island equipped with anti-ship cruise missiles.

As it is said, “Old habits die hard.” Despite pressurising India to stop the construction of roads in the Galwan Valley and Pangong Tso, China continues to develop an enhanced transport network and military infrastructure across Tibet’s regions bordering India. The Indian Government should not allow the installation of any temporary or permanent structures by the PLA on the disputed territory. Any physical structure, either temporary or permanent, built by the PLA should be either dismantled or a similar structure be installed in the area claimed by the CPC. Else, it may argue in the future that the structures are nothing more than shelters for the PLA soldiers lost in the Galwan Valley. And the construction of roads or any other permanent military installation near the disputed border may become a source of future claims and control by China.

Dear CPC, home is where your threat is: In the history of China, the Chinese population is a major factor for the dethronement of a number of dynasties. China was not only invaded many times by nomadic people from outside its borders but was also turned upside down many more times by its own citizens, mainly peasants. In all, there were 1,109 main military conflicts between the Chinese and the northern nomads from 215 BC to AD 1684 and as many as 225,887 recorded armed rebellions between 210 BC and AD 1910 within China. In 20th century China, there were two mass movements, mostly led by young students, scholars and literary figures. Later, people from all walks of life joined in. The two crucial movements were: The 1919 May 4 Movement and the Tiananmen Square protests. In both these movements, poor governance, rampant officials’ corruption, high unemployment rate were the main causes for the outburst.

Before the Tiananmen Square protests, by October 1988, the population of migrant labourers in Beijing had reached one million and was growing continuously. In Guangzhou, the capital of Guangdong Province, more than 2.5 million rural labourers flooded the city over a short period between February and March 1989. Not only this, thousands of university graduates failed to get jobs of their interests and the unemployment rate was high. Rising inflation added to the woes. All these developments sowed the seeds of mass protests. In modern times, too, despite the CPC having an iron-fist control on the Chinese people, between 1993 and 2008, there were a total of 614,100 protests across China.

This year, with the CPC  attempting to cover up information pertaining to the COVID-19 pandemic, the Chinese people realised the importance of freedom of expression and access to the free flow of information. It was the denial of these rights that led to the death of Li Wenliang and the spread of Coronavirus in China. This pandemic didn’t take a long time to spread and brought the global economy to its nadir.

China, being the source of the virus, has been the worst-hit economically. In late April, a report by Shandong-based Zhongtai Securities Brokerage Company in China concluded that the unemployment rate in China is at 20.5 per cent with some 70 million people out of work. While the official jobs data released by China’s national bureau of statistics on May 15 put the unemployment rate in April at six per cent.

Later, the report was retracted and Li Xunlei, the director of the research unit of Zhongtai Securities, was removed from his post. This shows the CPC’s hyper-sensitivity towards unemployment problems in China. The one thing that the CPC fears the most is the spectre of unemployment. During a conference on employment and entrepreneurship related to general colleges and universities graduates on May 13, Chinese Premier Li Keqiang demanded more emphasis be put on key groups by offering college and university graduates targetted job-seeking services. One of the main reasons behind China’s erratic behaviour in Asia is to divert the attention of aggrieved, frustrated and millions of jobless people.

Xi’s predecessor, Mao-Zedong, too, had declared a war on India on account of growing unpopularity in China because of his failure of the Great Leap Forward, which led to the death of around 45 million people. Bertil Linter, author of China’s India War, concluded that “the border dispute was only an excuse to  launch the 1962 war.” To secure his power firmly and to divert the attention of the Chinese people, war was declared against India amid the Cuban crisis. In a bid to divert the attention of the Chinese people on account of joblessness,  the CPC is behaving erratically with its neighbours. In other words, in the coming days, developments inside China will shape its foreign policy because the real threat for the ruling party lies within.