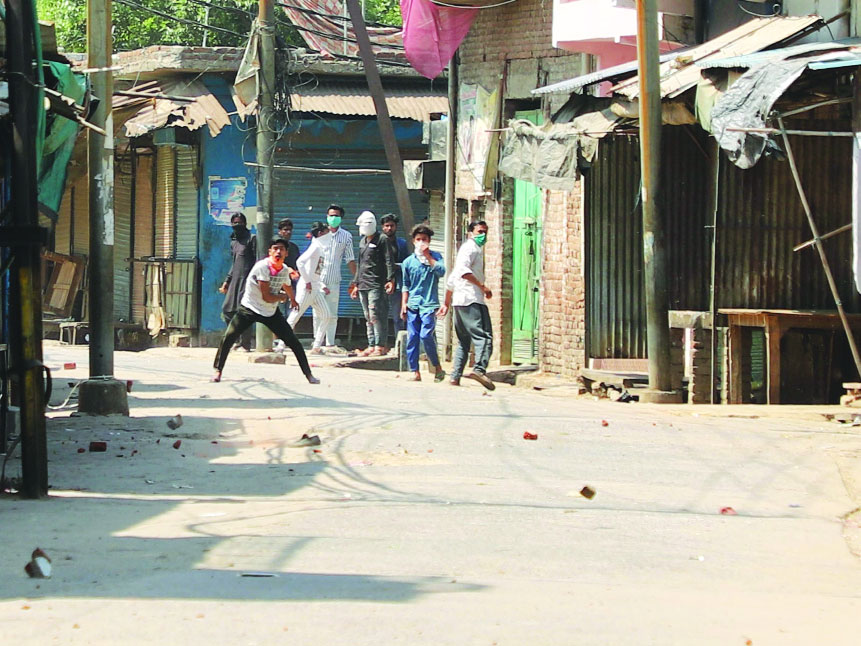 Policemen came under attack at several places across the country in West Bengal, Uttar Pradesh, Gujarat and Madhya Pradesh and other places over enforcing the lockdown and improper distribution of food grain.

In Aligarh, vegetable vendors pelted stones at policemen at a market on Wednesday when they went there to impose the lockdown against coronavirus, injuring one of them. According to Aligarh District Magistrate Chandra Bhushan Singh, the trouble began when the policemen intervened in a tiff between two vegetable vendors just before the daily four-hour lockdown relaxation was to end.

Some people were trying to spread such rumours and the police have identified two such persons who will be prosecuted, Singh said. One policeman was injured in the stone pelting here.

Additional District Magistrate RK Maalpani said the incident took place in the Bhojpura locality in the old city areas when policemen were imposing the lockdown measures after the 6 am to 10 am relaxation. Despite the police order, the vegetable vendors continued to sell their items, and started pelting stones at the police team, which was outnumbered, he said.

Aligarh is not the only place where some locals are resisting the lockdown that is being enforced by the local police.

Another incidence of violence against the police was reported from West Bengal after the police objected to a road blockade put up the locals, who alleged improper distribution of food grains. The police, however, have claimed that the locals blocked a road and when they objected, they attacked them.

The incident took place in Baduria, North 24 Parganas. In a viral video, locals are seen attacking police personnel, while the police are also seen beating people.

In Ahmedabad, four policemen, including a senior inspector, were injured after locals threw stones at them for enforcing the lockdown.  In a video of the incident, some policemen can be seen running for cover while the mob pelted stones at them. According to police, as many as 15 residents of Sardarnagar area were detained and case has been registered.

A police officer was allegedly attacked in Madhya Pradesh's Sheopur district on Wednesday when he asked members of a family to produce a man so that he could be checked up for coronavirus symptoms. The injured has been identified as Sub-inspector Shreeram Awasthi (52), who sustained a head injury when a stone hit him.

In a similar incident, clashes broke out outside PDS outlets in parts of West Bengal earlier this month as people jostled to get free ration being distributed by the State Government.

On Sunday, mobs vandalised barricades and a police check post and attacked and chased away health workers in Padarayanapura locality in Bengaluru.