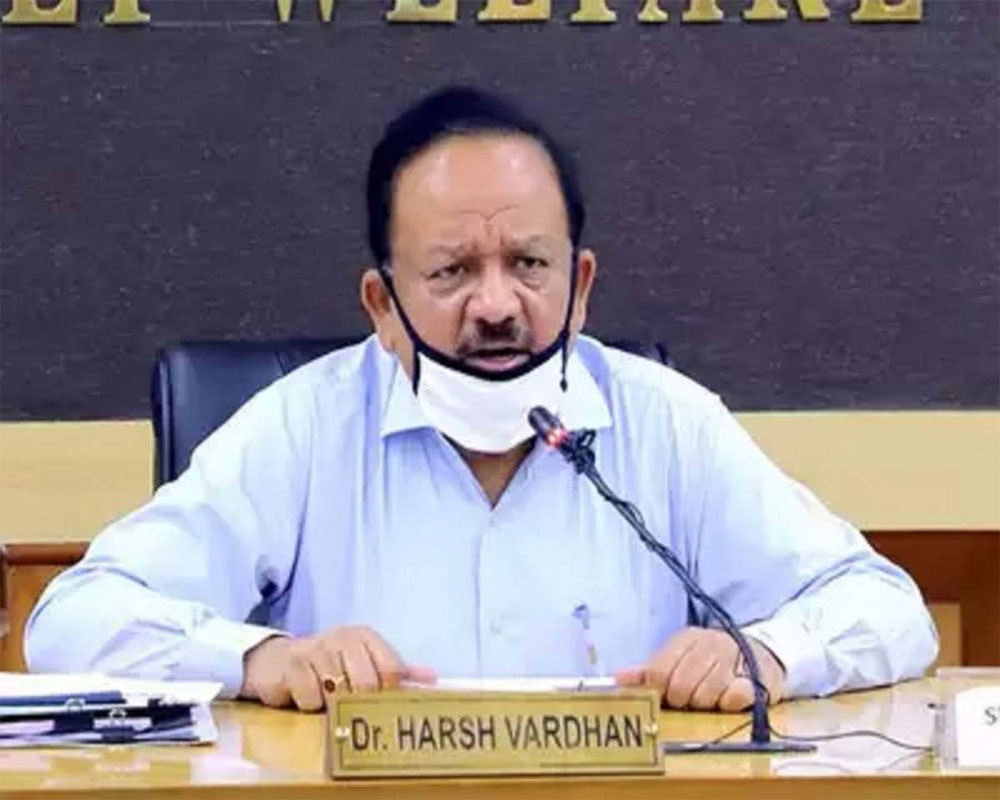 India's proactive and graded multi-level institutional response to COVID-19 made it possible for the country to maintain "very low cases and deaths per million" population, Union Health Minister Harsh Vardhan said on Thursday.

This was achieved and maintained despite high population density, low fractional GDP spending and per capita doctor and hospital bed availability compared to developed nations, he said at a virtual meeting of the regional director of WHO for South-East Asia (SEA) with ministers of health of the member nations.

On the efficacy of the lockdown in curbing the spread of COVID-19, he explained that it was "effective in slowing down the rate of growth of cases and gave the government time to augment health infrastructure and testing facilities".

"From one lab (for COVID-19 testing) in January, India has 1,370 laboratories at present. Indians anywhere can access a lab within three hours travel time and 33 of the 36 states and UTs exceed WHO's recommendation of testing 140 people per million per day," Vardhan was quoted as saying in the statement.

The spread of the virus thus has been contained, Vardhan said.

"India was preparing to fight the pandemic as soon as China informed WHO about it on January 7, the health minister said.

"India's proactive and graded multi-level institutional response to COVID-19 made it possible to have very low cases per million and deaths per million in spite of having a high population density and low fractional GDP spending and per capita doctor and hospital bed availability as compared to other developed countries," he was quoted as saying in the statement.

Training of the trainers at the national level; states, district and facilities-level training, web-based training on ventilator management by AIIMS, mock drill for COVID-19 preparedness in hospitals, telemedicine facilities helped identify the root causes of mortality and made high-impact interventions possible that curbed fatality rate from 3.33 per cent on June 18 to 2.11 per cent on August 3, he said.

The Union health minister said as a strategy, India divided its facilities into COVID and non-COVID facilities.

"This helped in better management of the severe from the moderate and mild categories of patients and ensured that the hospital facilities were un-burdened to ensuring effective treatment of the hospitalised cases. This has helped to keep India's Case Fatality rate below the global average. Today it has touched 2.07 per cent, " Vardhan said.

The virtual meet was focused on maintaining essential health services and public health programmes in the context of the COVID-19 pandemic.

Roderico Ofrin of WHO informed the ministers about the logistic support provided by the world health body during COVID-19 while Sunil Bahl apprised them of the organisation's programme for vaccine development and policy of allocation, the health ministry statement stated.

In the meeting, Vardhan also mentioned about the other measures taken by India and stated that the best practices from the states and Union Territories were uploaded for cross-learning on the National Health Innovation Portal (NHInP).