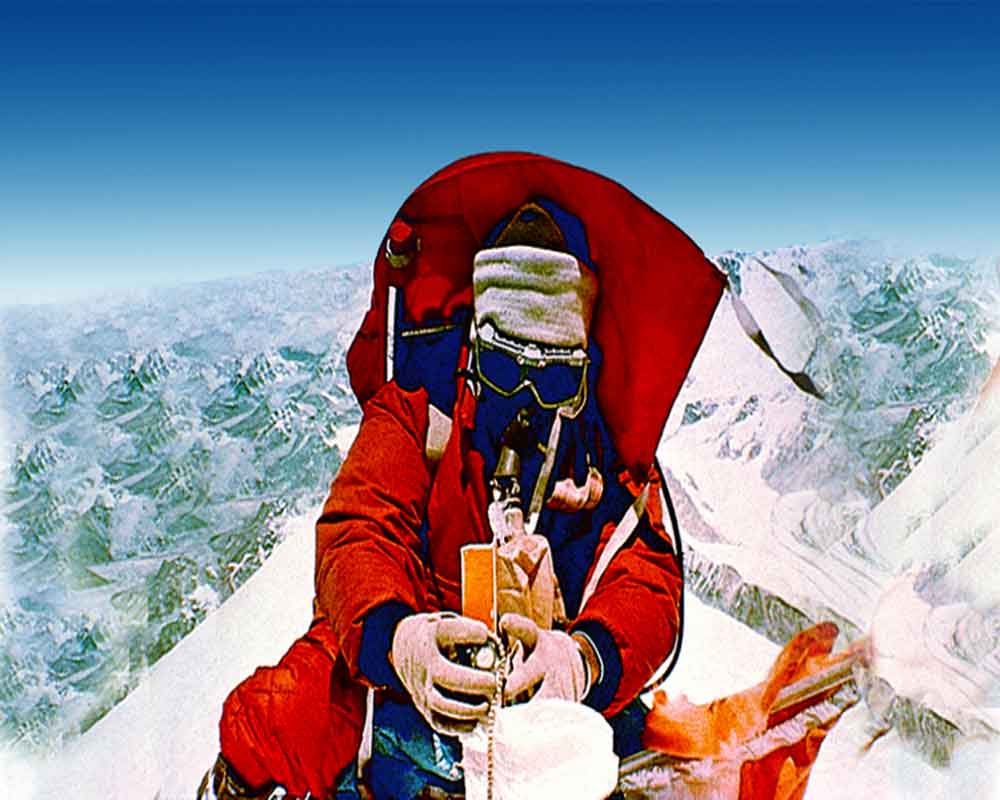 MUSBA HASHMI chats up MAJOR HARI PAL SINGH AHLUWALIA on International Everest Day, which falls on May 29. He talks about how he was the member of the first Indian team to scale the peak and the fond memories associated with the climb

The rising Coronavirus cases and deaths around the world are making headlines every day. During this time people are yearning to hear some positive news. But, sadly there are not many. To give you a break from all that and also to salute   our heroes who are not in the limelight these days but have served the country all their life, here is a piece of positivity and courage.

Meet 83-year-old Major Hari Pal Singh Ahluwalia, a 1965 war veteran and an Arjuna and Padma awardee, who is  a part of the first Indian team to climb Mount Everest on May 29 (celebrated as International Everest Day), 1965.

For those of you all who don’t know what it is — at 11:30 am on  May 29, 1953, Edmund Hillary and Tenzing Norgay, a sherpa of Nepal, became the first explorers to reach the summit of Mount Everest. Nepal decided to observe the day as International Everest Day since 2008, when the legendary climber Hillary passed away.

Ahluwalia comes from an army background, his father and grandfather both served the armed forces. It goes unsaid that Ahluwalia was to join the forces too. He was intially interested in joining the Merchant Navy but destiny had something else in place for him. He got selected as a Second Lieutenant in the Indian Army’s Electrical-Mechanical Engineering Branch in 1958.

What got him interested in mountaineering were the trainings that he had to undergo in his army camp. Following an advanced training at the Himalayan Mountaineering Institute, Darjeeling, at the age of 26, he then became a member of the first Indian team to scale Mount Everest.

“Those were the days. I still remember the feeling that I had when I was on top of the mountain. The view was fascinating. I was left spell-bound. That’s when I truly felt the beauty of the nature. Not to mention, the proud feeling of being a member of the first Indian team to do so,” Ahluwalia recalls.

Back then, with no advanced equipments, scaling the highest peak  in the world seems a herculean task.   But Ahluwalia feels they have the best  equipments they could have had at that time. “We had as advanced equipments as possible, back then. We never felt we needed something better. Also it is more about one’s determination. We were determined to do that, hence nothing felt like an obstacle to us,” he says and tells you that the Government beared the cost of the expedition.

However, scaling the highest peak is not a bed of roses. It comes with its share of challenges. “We started the expedition on May 24. There was a time when during the journey, an avalanche happened. The leader asked us to return to the base camp because it was not safe to go ahead. The team members started preparing for the return. I insisted to give it a try. I told the leader if we won’t try at all then we won’t have an answer to give to the people, who are waiting for us back in Delhi with a million hopes. We can’t give up. After a healthy discussion, he agreed. And we started our journey,” he tells you with much enthusiasm.

Ahluwalia along with a sherpa and a team member, also became the first three people to reach the summit together. “People usually do it one by one. Like, when one reaches the summit, he returns and then the other one goes up to the top. However, we three  did it together,” he tells you with a smile.

During the walk up to the summit, not even for once did Ahluwalia felt to return. “I had only one thing in mind, that I have to do that. And nothing could stop me. I had faith that I could do it,” he says.

During the descend, Ahluwalia’s oxygen got finished due to a leak in the cylinder and it made him hallucinate. His team members managed to bring him to the camp safely and he got back to normal.

“What I have learnt from the mountains is courage, patience, value of nature and love for all. There are a million life lessons that one can learn just by being on the mountains. My love for them is infinite and it can never fade away,” he tells you. Ahluwalia has written 15 books, including his autobiography Higher than Everest while others focus on mountaineering and the Himalayan range’s flora and fauna. He has also authored two books on disability rehabilitation.

The turning point in Ahluwalia’s life came when he suffered a bullet injury during the 1965 Indo-Pak war resulting in his confinement to a wheelchair for life. “I suffered a spine injury. I was suggested to go to England for rehablitation. That was time, when I realised that the country is in dire need of a good rehabilitation center and we came up with The Indian Spinal Injuries Centre, New Delhi,” Ahluwalia, who currently resides in the hospital campus and is the Chairman, tells you.

But that doesn’t mean, he gave up on his passion for mountains. “I drew strength and inspiration from mountains. Life is all about conquering the other summit — the summit of the mind. I continued doing that,” he tells you. Ahluwalia after his return from England continued organising adventure sports events.

Ahluwalia’s 36-year-old daughter, Sugandh and wife are proud of him. “He is a fighter. Giving up is not his thing. He still talks about mountains with the same enthusiasm that he had back then. I grew up listening to his stories of the mountains,” Sugandh tells you.

Ahluwalia’s success mantra, she says, is a quotation from Guru Granth Sahib — Mann Neeva, Matt Uchchi, meaning one should always be humble but keep his thinking high.

“My only advise to the young generation is to be respectful of the nature and if they have a passion for something they should never give up on that,” he says.