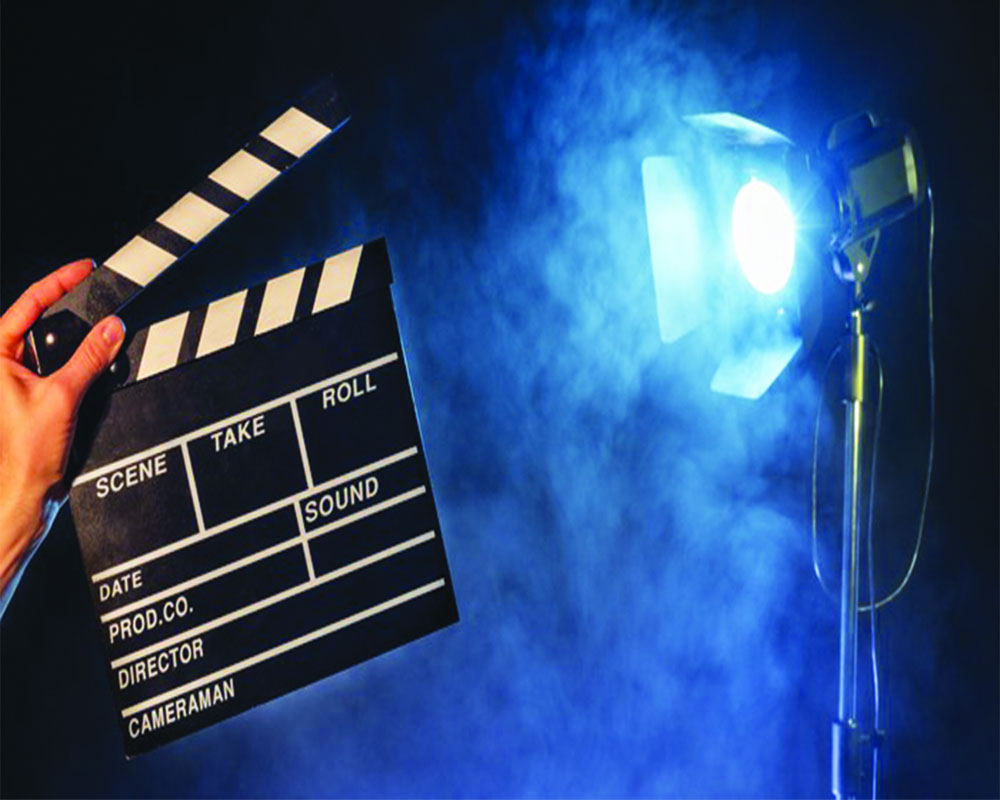 This is not the first time that the industry has been hit. Spanish flu and the arrival of cable TV network had also affected it. But it managed to overcome both. The same would happen with COVID-19 pandemic and the sector would bounce back with the new normal, says filmmaker ASHISH ARYAN

On one of the lazy Sundays this March, I was watching a dystopian film  Contagion by one of my favourite directors Steven Soderbergh. In a particular scene Matt Damon, the protagonist is told by the police, “The border is sealed. The governor has declared quarantine.” It was unforeseeable at the time that a few days later we will meet the same fate as Damon with the demon named COVID-19.

Last three months were like those Hollywood films where the world is coming to an end and then saved by Super heroes during climax. Well thanks to our Medical staff and front liners that the world is slowly opening and trying to walk back on it’s feet but it’s going to be a long journey before it starts running once again like Forrest Gump.

But before peeping into future let’s look back at the history some 100 years back when Spanish flu affected the cinema industry worldwide in 1918. Americans had to close their theatres for more than four months resulting into multi million dollars loss forcing producers to stop the production of movies. Indian film industry which was in nascent and silent stage was only five years old at that time. But an interesting thing happened soon after, American film industry saw significant investment from Europe in 1920s. Some of the Hollywood analysts observed a tectonic shift of power from actors and stars to directors and filmmakers.

Is history going to repeat itself again. Are story tellers going to lead the front ? we don’t know yet. We have been screaming that ‘content is king’ from our rooftop for more than a decade but in reality the king still lives in Galaxy and not in a writer’s laptop. Is this once in a century pandemic going to change all the equations that we just pretended to fix all these years. Well the coin is still in the air and we don’t know whether it’s going to be heads or a tail.

The industry has been coiled in a dialectical shift this pandemic, trying to embrace changes, to adapt, innovate and evolve. Let’s first talk about the scuffle between Producers and Multiplex chains. The latter is threatening with grim consequences in future if they keep on releasing their big budget films on OTT platforms. On the other side Producers Guild immediately issued an official statement that their first priority is to survive during this pandemic and recover the cost so that they can further pay the outstanding amount to their crew members and people involved with the project.

After all, if the makers don’t survive how are they going to produce films in the coming years, even for a theatrical release? The coming years for entertainment should not only be for surviving but proliferating creatively even in adverse circumstances.

As far as I know, theatre is going to stay forever. This is irrespective of the current damages the pandemic has entailed on the cinema industry worldwide. A similar kind of threat around the possible relevance and business of theatre was felt around the arrival of cable television in the 1990s. The risk was felt once more with the advent of Reliance’s Bigflix in 2008 and then again in 2016 when Netflix and Amazon Prime launched their services.

In another event of conflict noted internationally, Netflix locked horns with Cannes film festival and French theatre distributors over a Korean movie named Okja directed by Parasite’s Director Bong Joon Ho. Netflix wanted to side-step the French law and waiting period of 36 months between the theatrical and the online release and stream the film immediately on its platform  post festival run.

Even after these doubts and clashes what happened? Did people stop going to theatres in India or worldwide? No! In fact, in 2019 the Indian film industry grew by 15.3 per cent generating close to three billion dollars. Interestingly, movie theatres had contributed more than half of it. Not to forget the innumerable Hollywood movies those are dubbed in multiple Indian languages ringing continuous bells at the cash counter.

Undoubtedly, the stocks of PVR and INOX have plunged to less than half but in reality, it’s the single-screen owners who are bearing the maximum brunt of the crisis. Out of the 9500 screens across India, the single screens which are close to 6000, are struggling to keep afloat since their monthly income keeps the engine running. We need prayers for likes of Maratha Mandir or how else are we going to watch DDLJ on a big screen?

Now let’s talk about the other side of this ongoing global crisis. Everyone including the filmmakers, writers and content creators seem to be on a zoom call these days with the OTT creative teams. Streaming platforms are running out of content as the audiences locked inside their four walls are consuming content like a hungry panda devouring watermelons. Now the question is who is going to produce more and more watermelons when the field is rough!

Honestly, I as a writer-director would prefer opting for a streaming platform than for a traditional producer. The current crisis has stripped us of the luxury of a plan and predictability. The producers are therefore not in a position to sign new projects due to limited clarity over the previously signed projects. On the other hand, the traditional film studios are now demanding ‘corona friendly-scripts’ that simply means fewer locations and lesser crew.

Even the Hollywood franchises like Jurassic World, Matrix, Mission Impossible and The Batman backed by giant studios are hanging in one of the several stages of production. Then there is a major doubt about the revenues generated in theatres when these films are released. Imagine yourself with masks and face shields sitting on a recliner keeping an eye on who coughs or sneeze as if theatre is a war zone. How many of us are going to risk our lives at the cost of entertainment? Films with larger than life sets, war and super hero films with 500 background artists have to wait a little more before social distancing norms fades away in coming years.

This crisis also seems to be paving way for good storytellers, the ones who don’t depend on stars or big budget sets. A new young filmmaker can easily adapt to new changes and can lay out his way in limited resources with even a crew of fifty people which, by the way, is also as per the guideline as directed by the Government. I made Kanpuriye (which is now streaming on Disney Hotstar) in a very tight budget with limited resources collaborating with some of the best talents only because they loved the script.

Now since the world has turned upside down the writers are working on scripts around the pandemic. It will be interesting to see the tales they are going to narrate about the vacant, silent highways cutting across cities and about the hundreds of masked travellers in a local train. Now bhai doesn’t need a gun to kill fifty men in a thriller, he can simply cough and sneeze and walk out in slow motion. Till now the films on paradigm-changing subjects like World Wars, 9/11 attack were shot with a full-fledged crew, with a thousand people on set without the stress of maintaining six feet distance. You work while making sure that you don’t get sick by the flu while working passionately on something you love. This time the equations are completely new and the challenges are bigger.

After all, is there anybody conceiving a plot on musical comedy with a few hundred background dancers? I doubt!  On the other hand, if you want to make another Bahubali, you can start writing now because, maybe, in the next two to three years our environment will be more conducive for such humongous productions. Maybe!

Till then get used to directors calling the shots with a new command, ‘Lights, Camera, Sanitiser and Action’.

Despite over 1.5 lakh confirmed cases of COVID-19 in Maharashtra, the State is all set to resume shoots after a gap of four months. The Producers Guild of India have come up with a set of guidelines that need to be strictly adhered to.

Three types of sanitisers must be available: Hand, surface and space sanitisers.

Meanwhile, some of the guidelines that were recommended have been amended.

It is not compulsory to cast real family members as family members in shows/films because every person is not an actor as it is a specialised profession.

The entire custody and possession of the set has been left in the hands of the producer without any external interference or inspector to ensure safety and security of all the unit members.