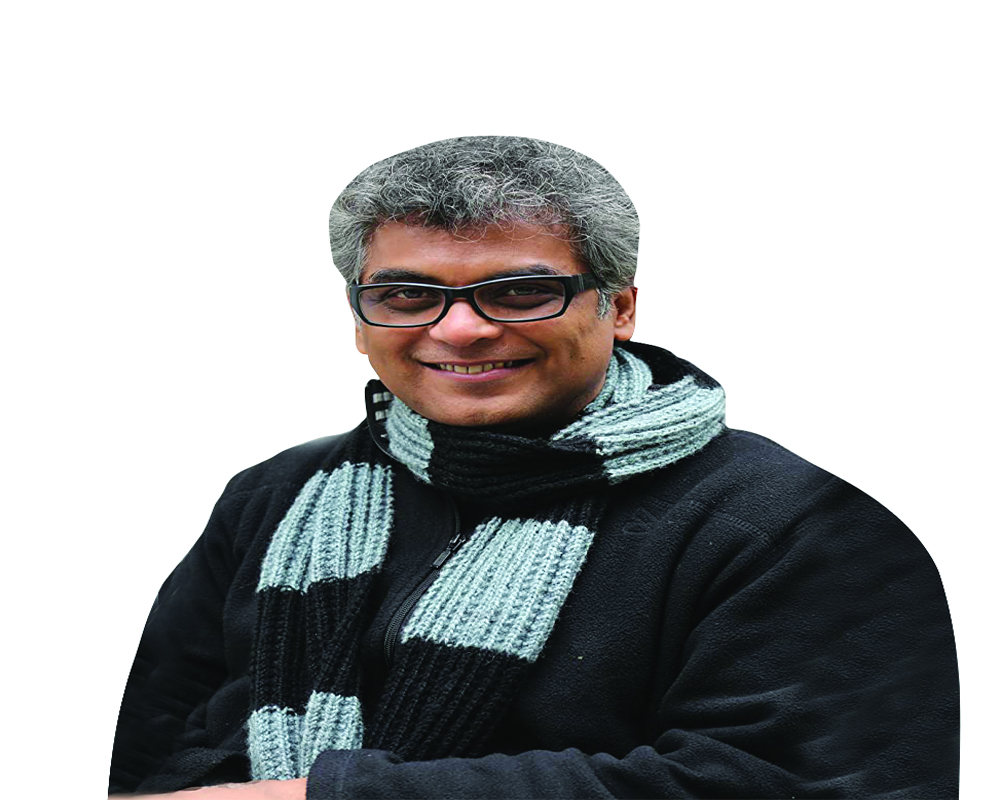 Suman Mukhopadhyay | The National Award winner director’s film Nazarband is being showcased at the 25th Busan International Film Festival. He speaks with Shalini Saksena about what the film is about, how he has gone through major changes and his upcoming project Eyes and Feet based in Kashmir

It is essentially a love story. I was reading short stories by Ashapurna Devi, an eminent author. Her stories are predominantly indoors and deal with middle-class households. But this story, Chuti Nakoch is an outdoor story. The story grabbed me by the jugular. I immediately got the rights to the story and started developing a screenplay. It is a psychological road movie. The two marginal characters are an unlikely pair of jailbirds who embark on a harrowing and unpredictable odyssey drifting across Kolkata. The film is a visceral look at their resilience and how they navigate different kinds of oppression.  It is a heartfelt exploration into the depths of companionship and the meaning of rejection and acceptance.

How tough a decision it was to put the film online for the Busan International Film Festival?

Busan is a physical festival, not virtual. The films will be screened in proper theatres and Korean people will watch them on big screens. But Busan is unable to invite international guests this year because of the strict quarantine rules. However, the directors will be talking to the audience online immediately after the screening. That’s great. But still feeling bad for not being able to be present in the theatre for the world premiere. I decided to submit Nazarband to very selected festivals, Busan is of course one of the most important festivals in the world. An official selection is a great boost for the film.

You are a known face of the Civil Society Movement in West Bengal. How much of this finds its way in your movies?

I am always a socio-politically active person.I am aware of the socio-political paradigms or movements happening in society. As an artist, I always try to find my response to the burning debates or contexts in my films and theatre works. It is inherent in the narratives I choose or the characters that inspire me. I cannot remain passive or turn my face away from socio-political issues which are significant in our times. I think it is my primary duty as an artist to participate actively in socio-political movements. But I must say the issues always don’t come, directly, but sometimes subliminally like Herbert and Kangal Malsat have strong political overtones.

You recently did a Zee5 original feature film Posham Pa. Can you tell us about the film?

The movie is a psychological thriller. The script is brilliantly written by Nimisha Mishra. The film stars Mahie Gill, Sayani Gupta, Ragini Khanna, Imaad Shah, and Shivani Raghuvanshi.  The story of the film is based on a true story of serial killers Anjana, and her two daughters Seema Gavit and Renuka Shinde who kidnapped more than 40 children and murdered around 12 children. Seema and Renuka received the death penalty in 2014 for committing the mass murder of 12 children while their mother Anjana died in 1997 while serving her punishment at the prison.

What is the reason why films that find their way in the film circuit, don't do so well when released commercially?

A commercial release is a matter of huge money and resources. Small producers and independent films can’t afford to spend that money. Our distribution system is controlled by big money and the Government policy does not have any provisions to support the independent films. There is no alternative system to distribute the films bypassing the so-called industry parameters. I believe these are predominant factors that block a sensitive or non-starrer film from coming into attention of the audience.

If the film is unable to make money, why make them?

Unfortunately, our world is ruled by money. So, the success or failure of a film is only judged by the yardstick of money it has made. But I think if we look at the history of cinema, it is evident that we can boast about the great cinematic achievements globally where the films are not judged by its financial success only. It’s a question of perception on how one would value an artwork.

You have done theatre productions ranging from European drama to major adaptations of Bengali works. Usually, adaptations lose their essence. Would you agree?

I disagree with this kind of general inference that in adaptations the originals lose their essence. I believe that the paradox lies in the question itself. When an adaptation happens from a literary piece for stage or for films it is an act of transcendence, a grand metamorphosis. One can’t draw a simplistic comparative study. Does that mean Shakespeare’s or Brecht’s plays should not be staged at all? We have seen brilliant interpretations of literary works by master directors.

I am working on Eyes and Feet (previously titled as Paradise in Flames), based in Kashmir. The script is done, now I am looking for funds and seeking co-production. It is a very difficult film to make. I also have a long-cherished dream to make a film on Manik Bandyopadhyay’s novel PutulNaacher Itikatha (Annals of Dolls’ Dance). I am working on that also.