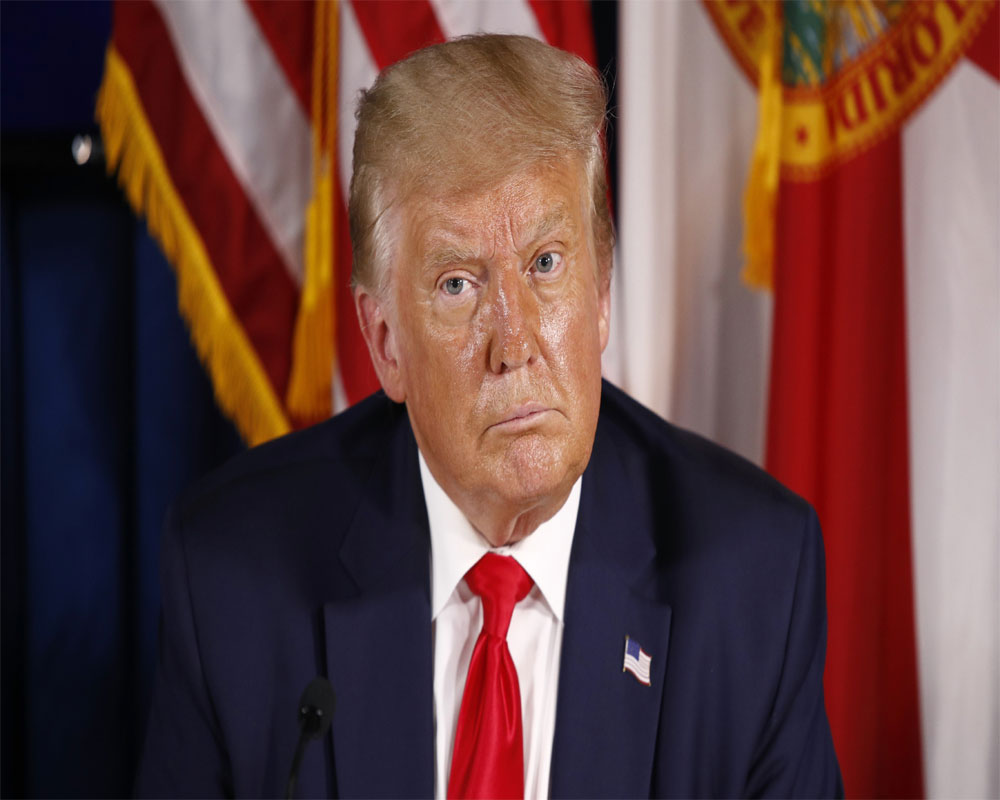 In yet another scathing attack, US President Donald Trump has claimed that he has "more Indians" than Democratic presidential nominee Joe Biden's running mate Kamala Harris, who is of Indian and Jamaican heritage.

He made the remarks on Friday while addressing the New York City law enforcement union, the Police Benevolent Association (PBA), that has endorsed the President in the race for the White House.

"(If) Sleepy Joe Biden were to become President, he would immediately pass legislation to gut every single police department in America... And probably she's a step worse, Kamala.

"She is of Indian heritage. Remember I said I have more Indians than her... I have more than she does," he added.

Referring to Massachusetts' Democratic Senator Elizabeth Warren, Trump said: "I was sort of hoping he (Biden) was going to pick Pocahontas... She's another beauty."

"We got names for all of them. What's better Sleepy Joe or Slow Joe?" the President asked, having his crowd cheer louder for the nickname they preferred, reports Fox News.

In his address, Trump also attacked New York City Mayor Bill de Blasio, also a Democrat, and said he "has launched a crusade against the police".

The President described how he watched a protestor dump a bucket of water on two police officers and said, "I wish they fought back".

Trump's latest attack on Harris came a day after he said that that the California Senator "doesn't qualify" to serve as US Vice President, while amplifying the fringe legal 'birther' theory that critics decry as racist.

"I just heard it today that she doesn't meet the requirements and by the way the lawyer that wrote that piece is a very highly qualified, very talented lawyer.

"I have no idea if that's right. I would have assumed the Democrats would have checked that out before she gets chosen to run for Vice President.

"But that's a very serious... you're saying that, they're saying that she doesn't qualify because she wasn't born in this country," he was quoted as saying in a BBC report.

On August 11, Biden picked Harris to be his running mate for the November 3 election, in a historic move that marked a breakthrough for Indian-Americans in US politics.