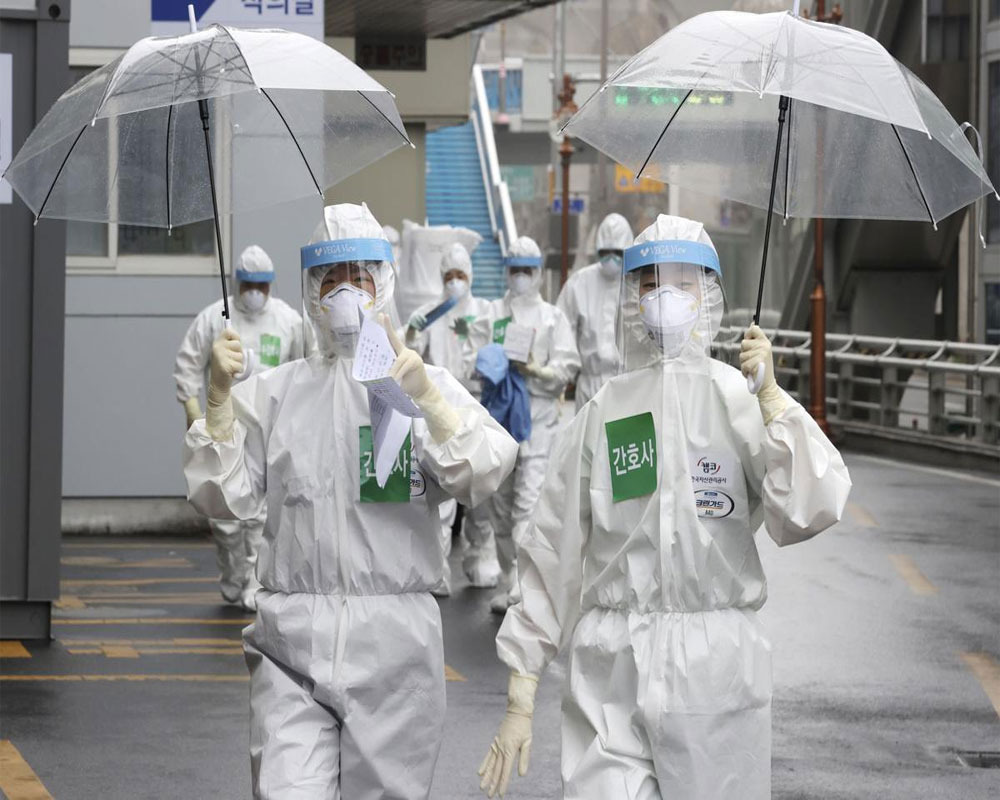 South Korea has reported 146 new cases of the coronavirus and five more deaths, bringing its totals to 9,478 cases and 144 deaths.

South Korea's Centres for Disease Control and Prevention said 4,811 people have been released from hospitals as of Saturday, marking the first time the number of recoveries exceeded the number of people remaining under treatment since the country confirmed its first COVID-19 case on January 21.

The KCDC says 71 of the new cases came from the worst-hit city of Daegu, which has struggled to stem transmissions in hospitals, nursery homes and other live-in institutions.

Infections in the populous Seoul metropolitan area have reached 874 following a steady rise over the past two weeks that was mainly linked to passengers arriving from Europe and the United States.

South Korea is tightening border controls and began enforcing two-week quarantines on South Korean nationals and foreigners with long-term stay visas arriving from the United States on Friday. Similar quarantines had already been in place for passengers coming from Europe.

South Korean Prime Minister Chung Se-kyun on Saturday called for Seoul and other local governments to strengthen their monitoring on South Koreans who returned from overseas after some of them triggered public anger by breaking quarantine and travelling to other regions before testing positive.