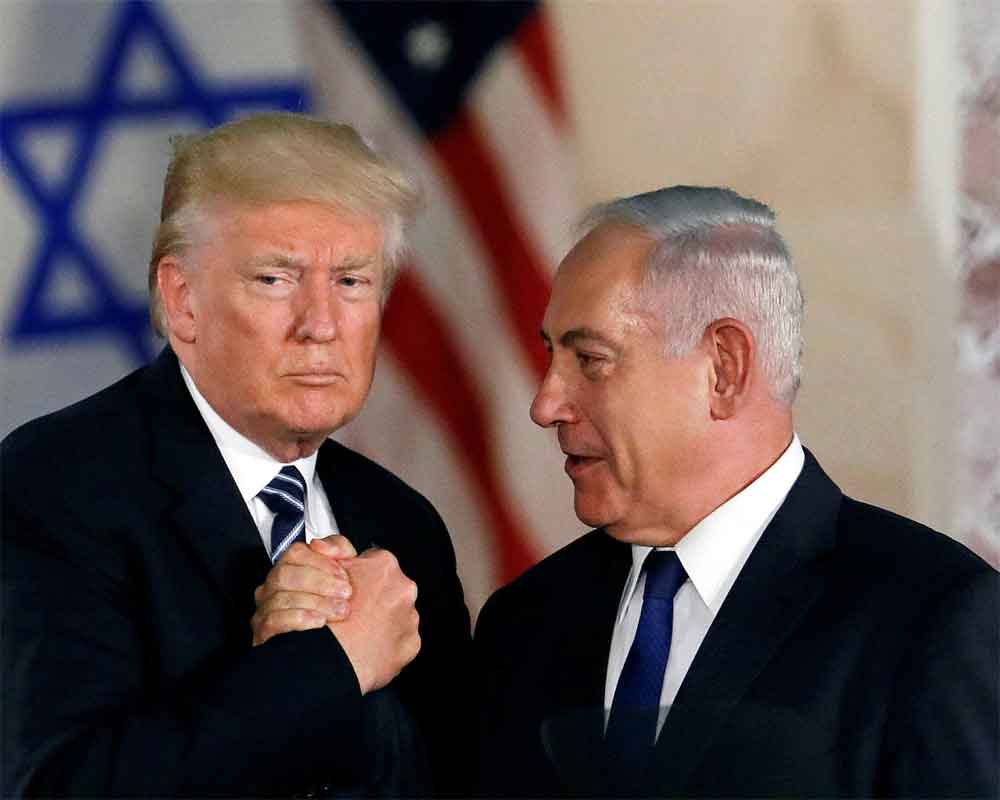 The White House said the talks would take place on Tuesday.

"President Trump asked me to extend an invitation to Prime Minister Netanyahu to come to the White House next week to discuss regional issues, as well as the prospect of peace here in the Holy Land", Pence said.

Netanyahu told Pence: "I think that the president is seeking to give Israel the peace and security it deserves," adding that he "gladly" accepted the invitation.

"Thank you for what your administration does every day... We have no better friend than President Trump," he said at the meeting at the US embassy in Jerusalem. Palestinian leaders have however dismissed the US peace initiative as one-sided.

They say it fails to address their wish to end Israeli occupation and the expansion, encouraged by Netanyahu, of Jewish settlements on Palestinian land.

On Thursday the Palestinian Authority reiterated its rejection of the US peace plan.

"We stress once again our categorical rejection of the American decisions," a spokesman for Palestinian Authority president Mahmud Abbas said in a statement.

Trump has slashed aid to the Palestinians, while making big concessions to the Israelis, including formalising US recognition of the divided city of Jerusalem as the Israeli capital.

His concept for ending the Israeli-Palestinian conflict is believed to revolve around encouraging massive economic investment.

As caretaker premier Netanyahu faces new elections on March 2. Both he and the White House agreed that his main rival, Benny Gantz of the centrist Blue and White party, will attend the Washington meeting.

Pence said Gantz, Israel's former army chief, had accepted the invitation. Trump, whose team has long been working on the outlines of such a plan, has repeatedly boasted that he is the most pro-Israeli US president in history.

After many postponements, Trump's peace initiative to end the Israeli-Palestinian conflict was expected in the autumn, after inconclusive elections were held in September.

Netanyahu said: "With such friends in the White House ... We should get as broad a consensus as possible around the efforts to achieve security and peace for the state of Israel."