Cumulative efforts must to save sparrow from extinction

Cumulative efforts must to save sparrow from extinction 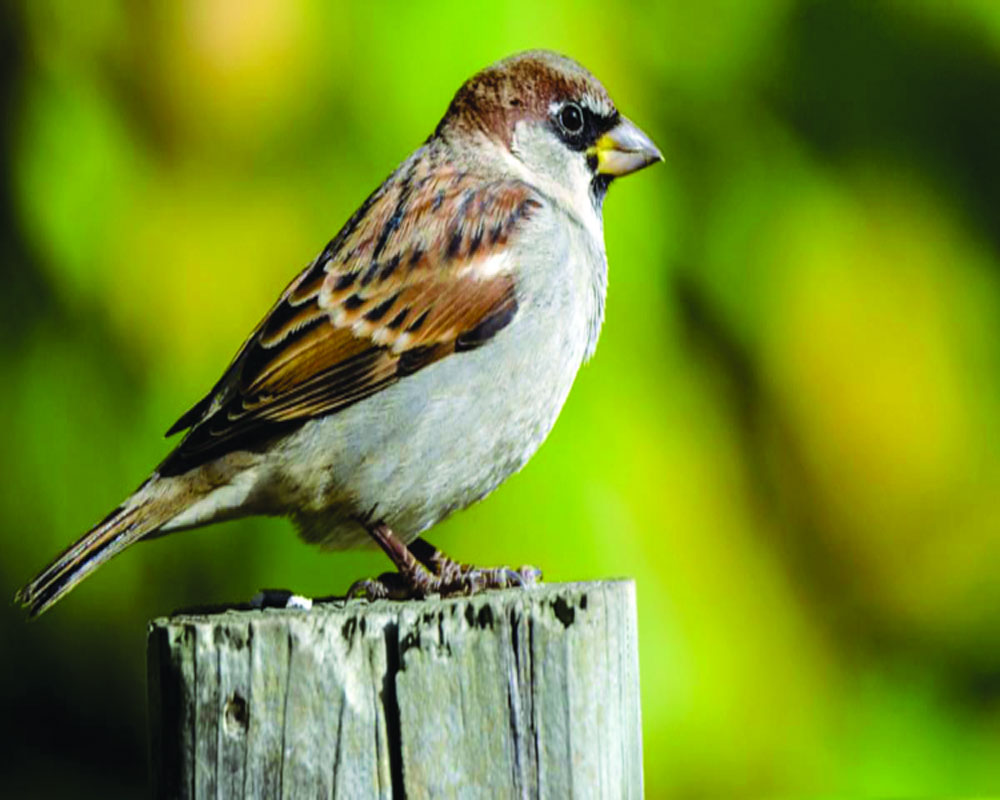 The humble house sparrow or Passer domesticus is a bird most of us grew up with. The chorus of chirping that greeted one at sunrise and sunset was as good as clockwork, but slowly and surely these little delightful and hyperactive birds have bid adieu to our homes and cities. This has been an ongoing process since the 1990s.

Designated as the State bird of Delhi in 2012, the sparrow has been facing multiple threats to its very existence but, curiously, the International Union for Conservation of Nature (IUCN) Red List has categorised the bird as being of “Least Concern” which means that it is a species requiring least conservation attention. This is concerning considering that huge swathes of the sparrow population have disappeared from various cities in just under a decade.

Each year March 20 is observed as the World Sparrow Day and rightly so, as these birds deserve sincere conservation efforts because they have been displaced from their genuine habitats due to anthropogenic intervention. Modern technology-based outdoor equipment coupled with rising pollution levels has disturbed the ambient living conditions of these birds in our cities.

The rapid rise of cell phone towers and the resultant radiation emission from these towers, coupled with noxious pollution levels have severely challenged the sparrow population of our cities. These conditions have been exacerbated by the burgeoning population of other invasive bird species such as that of pigeons which not only reproduce faster but also put more pressure on the available food resources.

These conditions have driven sparrows to the fringes and peri-urban locations and unless supporting measures are undertaken to protect the bird, it might disappear from these locations as well.

As the sparrow becomes an increasingly rare sight, the bird’s extinction itself may not be far off. The avian species of carrier pigeons which were in abundance at the beginning of the 19th century are nowhere to be seen now. The same is the case with the white-backed vulture which used to be a common sight in the 1980s but is not anywhere to be seen now.

In some cases, fascinating insectivorous bird species have succumbed to pesticide poisoning. The drongo and bee-eater birds can be cited as examples of this tragic occurrence. The treatment of crops with aldrin pesticide to protect against termites claimed a huge number of the Sarus cranes in Rajasthan as these birds fed on wheat. Post this blow, the crane population could never recover and eventually disappeared. The ring dove birds, too, fell for the aldrin-laced crops and met the same fate. This indiscriminate use of pesticide has obliterated some amazing avian species forever from our lives.

The house sparrow is considered to be a social avian species as it mainly survives close to human settlements and largely feeds on grains. The species is considered as a hardy survivor as it can adjust in most weather conditions, therefore, it is all the more shocking that this little, strong bird is now nowhere to be seen.

The fate of the species was sealed due to the acute shortage of nesting sites in modern concrete buildings, disappearing kitchen gardens and the non-availability of a particular larvae (Helicoverpa armigera), associated with the field bean. These adverse conditions, coupled with the rising heat island effect from concretised urban settings, meant that the bird could also not withstand exceptionally high temperatures. This ultimately drove the species to city fringes where food availability was a major problem.

The house sparrow plays a vital role in balancing the ecological biodiversity of a city where the flora and fauna survive due to the complimentary role played by each one of them. The extinction of an entire species is bound to create an imbalance that can damage nature’s setting and eventually harm human survival, too, as we also are a part of nature.

Many not-for-profit institutions are engaged in breathing life into the dying species of house sparrows. These spirited efforts of the non-governmental organisations (NGOs) are a valiant fight to keep the spunky bird alive. However, unless the Government throws its weight behind the activities of these NGOs it could be akin to fighting a losing battle to save the species.

As a first step, the municipal corporations must start a special initiative aimed towards resuscitating house sparrows in the cities. Buildings and other public spaces must have an enabling environment in the form of nesting places to help the bird get a foothold in urban spaces.

NGOs can be roped in to work with Resident Welfare Associations (RWAs) to help build artificial nests that can provide a secure place for the birds to breed and keep their newborns safe. House sparrows are birds of short flight and, as such, cannot fly long distances to bring food to nourish the newborns, so the RWAs can set up locations inside residential colonies and societies where provision of nutritious bird feed can be done for the benefit of the sparrows. If these hardy little birds are lost forever, it will be a great loss to mankind.