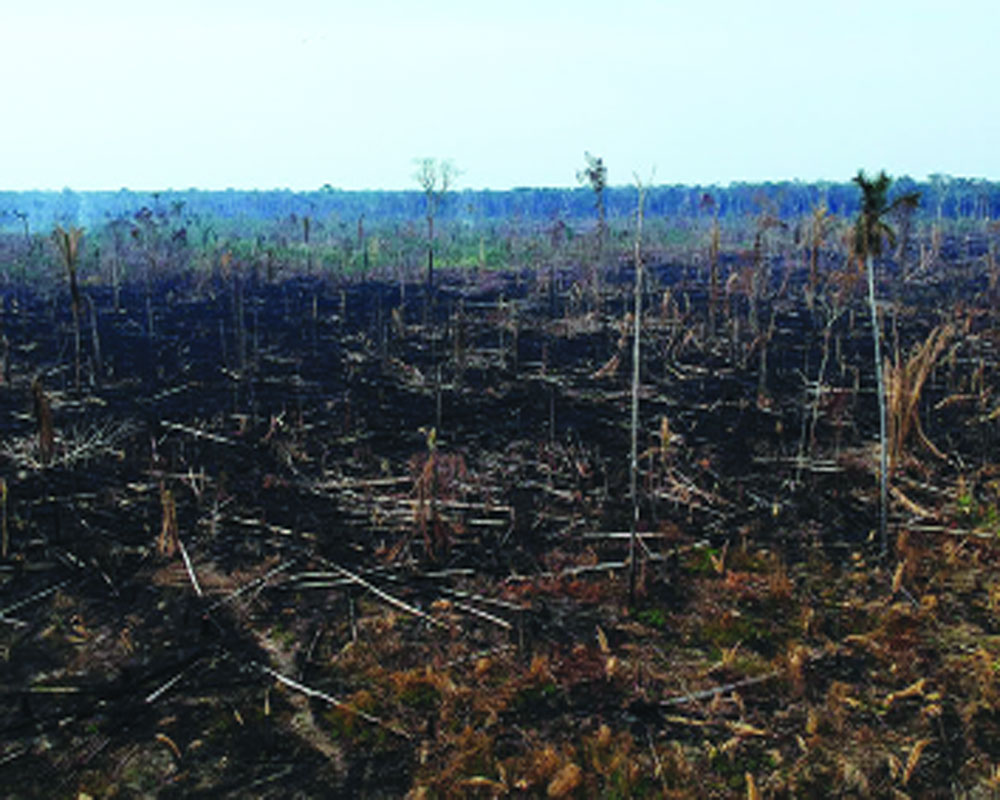 The decision to repeal the three farm laws is a sudden about-turn by the government which had a stern, "no negotiation" attitude towards the protesting farmers. Though the news could not have come at a better time than on Gurupurab for the protesting farmers, the jury is still out regarding the timing and purpose of the sudden decision. Many economic and agricultural analysts are estimating the far-reaching impacts of this u-turn on the state of agriculture and economy. In fact, a member of the farm panel appointed by the Supreme Court opined that the repeal of the farm laws was regressive and that the government chose politics over farmer's betterment. As the raging debates continue over the decision, agriculture sadly remains in a state of despair with marginal farmers plagued by debts and climate change impact besides inadequate resources. Even when the farm laws were initially announced they covered mainly the pricing mechanisms but did not concern themselves with climate change, environment and food security. Now that the same laws stand repealed the government again did not take the opportunity to take care of the environmental concerns in addition to caring for the farmer's demands. The result is an ignored environment that is still at the receiving end thanks to India's archaic agricultural practices. These outdated farming methodologies are not only resource-intensive for the financially beleaguered farmers but also have a telling adverse impact on the environment in the form of plunging ground water tables, eroding topsoil, rising rate of farm fires and deforestation. The environment is already fighting a losing battle against climate change and man-made pollution issues. The relentless onslaught of the backward agricultural practices is proving to be the proverbial death-knell for the environment and delicate ecology of the nation. The government that beat a hasty retreat in face of the farmer protests could have at least salvaged some pride by standing up for the environment by announcing a slew of measures aimed to reduce the adverse impact of agriculture on ecology.

While repealing the farm laws the government could have introduced Agro-Environment laws that aimed to promote healthy practices such as biotech crops that utilize reduced or no tillage practices which in turn brings down fuel consumption and aids in dialling down emissions. The increased stress on biotechnology driven agriculture at grass root level, especially for marginal debt-ridden farmers would have not only helped extract the poor farmer from the vicious cycle of debt but also rescued the environment. If implemented effectively, this measure would have brought down per acre greenhouse gas emissions drastically besides making the farmer environmentally conscious. Through the agro-environment laws the government could have also launched special initiatives to promote the usage of cover crops typically legumes and grains after the main crop is harvested. This would help retain nitrogen levels in the soil and prevent nutrient run-off. Also, adding conservation buffers in the form of plants and shrubs along the farm boundaries can absorb the runaway nutrients from the farmland and keep the soil rich. In addition to these steps, an effective manure management plan coupled with nutrient management techniques can script a turnaround for the environment and start a new era of cohesive co-existence of agriculture and environment. Disengaging from farm laws and refocusing on environment with the objective of ensuring the financial well-being of the marginal farmer would have won accolades for the government. It is still possible to achieve this provided the government can see the writing on the wall.