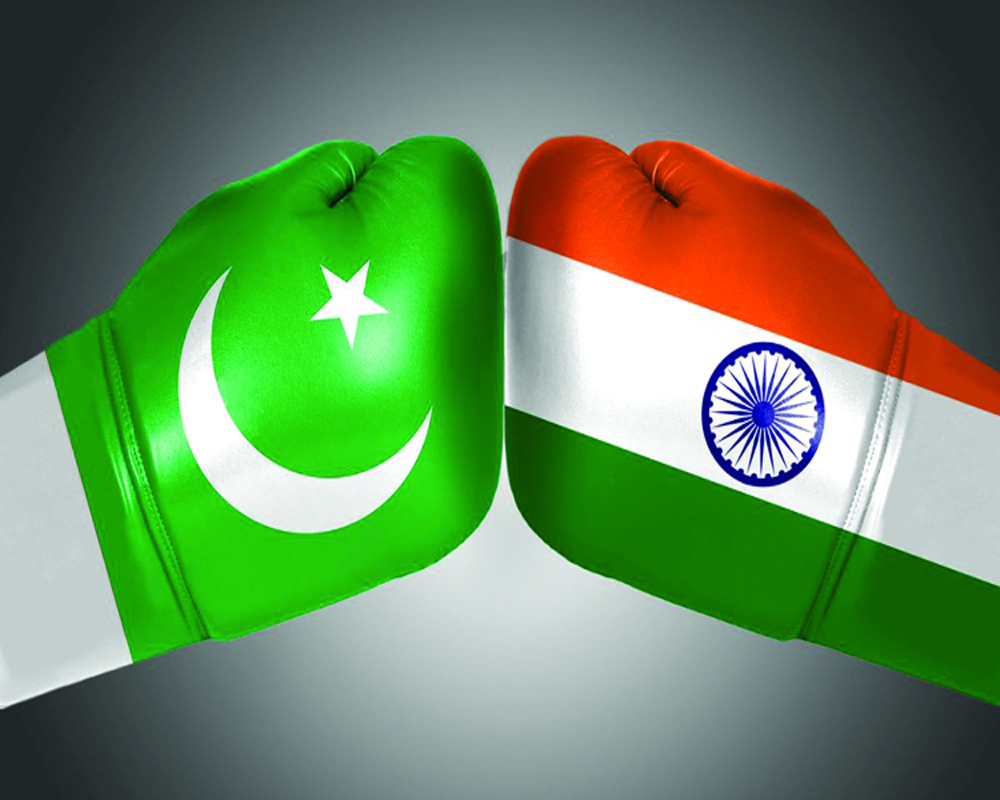 The “thawing process” in Indo-Pak relations which appeared to have begun in February-end with the sudden announcement by the Director Generals of Military Operations (DGMOs) of both nations of a ceasefire on the Line of Control (LoC) and the desire to implement in letter and spirit the 2003 Ceasefire Agreement, came to an equally sudden end early this month. It happened when Prime Minister Imran Khan’s beloved Pakistan enacted a comedy of errors which many refer to as a “flip-flop” or “Khan’s U-turn.” The statements emanating from Pakistan in the month of March, especially during the stage-managed Islamabad Security Dialogue, raised a ray of hope of some improvement in the extremely bitter relations between the two countries, that were adversely affecting not only bilateral ties but the entire South Asian region as well.

The trigger for all this was provided by the worsening economy of Pakistan which many economists said was “on the verge of collapse.” It emerged from the Islamabad Security Dialogue that the neighbouring nation had realised the mistake it made in investing heavily in geopolitics at the cost of geoeconomics. It also realised that it was paying a heavy price for its unilateral decision to suspend all trade with India post the events of August 5, 2019 in relation to Kashmir, which has been a bone of contention between the two neighbours for long and has been termed as it’s “jugular vein” by a belligerent Pakistan.

It is a well-known fact that anti-India sentiments form the bedrock of Pakistan’s internal policy and geopolitics. This sentiment has time and again been exploited to its advantage by the political and military leadership in Pakistan to come out of various adversities faced by the country. “It grows and diminishes with the requirements of Pakistan’s foreign policy,” says Khurram Husain, a Pakistani business journalist. This India-bashing may have benefitted Rawalpindi, that dictates the nation’s India policy rather than Islamabad, but definitely made no economic sense.

Hence it was music to the ears when at the Islamabad Dialogue, Pakistan’s Army chief General Qamar Bajwa talked of a shift in Pakistan’s strategy from geopolitics to geoeconomics. It received support from Imran Khan who talked of making Pakistan a gateway to the Central Asian republic nations’ economy and also act as a bridge between the South Asian and Central Asian economies. Realising that his nation’s economy was in the doldrums it made better economic sense to Khan to buy goods urgently needed by his country from where they were available at cheaper rates. Hence, the Prime Minister wearing the hat of the nation’s Commerce and Finance Minister as well, signed on a note to purchase cotton and sugar from India, thus setting in motion a reversal of his earlier decision not to trade with us.

Hence, Pakistan’s newly-appointed Finance Minister Hammad Azhar announced in Islamabad, “In our neighbouring country, in India, the price of sugar is much lower than in Pakistan. So we have decided to open sugar trade with India, to the limit of 5,00,000 tonnes in the private sector.” He also announced that the ban on the import of raw cotton from India would be lifted “by the end of June.” “There is a large demand for cotton in Pakistan right now. Our exports have increased in textiles and the cotton crop was not good last year. So, we allowed imports of cotton from all over the world, but it is not allowed from India and that causes a direct impact on (small and medium enterprises),” he said. Another contributory factor was the ban on Chinese Xinjiang cotton and products made thereof by the United States (US) and European Union (EU) nations, which are a major source for the local industry.

Year-on-year, the price of sugar has risen by more than 17 per cent, causing great resentment against the Imran Khan Government.

The announcement was made by Azhar in his capacity as the head of the Economic Coordination Committee which earlier had given a green signal to the proposal. Though there was no official response from the Indian side, for those following the “thawing process” of the hostilities between the two neighbours, it was a welcome decision.

However in a classic case of the “left hand not knowing what the right hand is doing,” the announcement was followed by the unfortunate Cabinet decision of deferring the trade and holding it hostage to oft-repeated insistence by Pakistan of “no improvement in Indo-Pak relations till abrogation of Article 370 is repealed.”

The whole episode is termed as a comedy of errors because Imran Khan, during the Cabinet meeting, flayed the Finance Minister and asked Azhar who authorised him to resume trade with India? The beleaguered Finance Minister had no option but to name Imran Khan himself. The “U-turn Khan” lost no time in toeing the line of the hardliners in the Cabinet led by Foreign Minister Shah Mehmood Qureshi, who felt short-changed for not being consulted by the Prime Minister before allowing such an important measure. Pressure from China, which naturally was peeved due to the ban on its cotton, is also believed to be another causative factor.

In the end Azhar was removed from the office of Finance Minister in mid-April, less than a month after his appointment and replaced by ex-Pakistan Peoples Party Minister Shaukat Fayyaz Ahmed Tarin who was also given the additional portfolio of revenue. The flip-flop and the removal of the Finance Minister clearly indicates that Imran Khan hardly wields any power and is incapable of ensuring unanimity even within his Cabinet, let alone a national consensus.

Even more surprising is the audacity of the hardliners to take on the Army chief, a rarity in Pakistani politics. Pakistan Army is very keen for the thaw in relations between the two neighbours because it needs some breathing space and time to rejuvenate the morale of its army which has been badly battered by the Indian Army on the LoC.

The dwindling economy and the burden of repayment of loans is also adversely affecting the army’s upgradation and modernisation programme. This explains the army chief’s keenness for a shift towards geoeconomics, which seems to be more out of compulsion rather than conviction. But certainly, he failed to change the mindset of hardliners in the Pakistan Army or he has lost his clout since he is on extension, a decision that has not gone down well with the other ambitious Generals.

The sum total of the U-turn by Khan is that Pakistan is not yet ripe to give up its belief of India being an existential threat.

One wonders for how long can Pakistan afford to behave like an ostrich? As of now, the proposed shift from geopolitics to geoeconomics appears merely to be loud thinking without evolving a consensus. It would need serious ground work to fructify into reality. Till Pakistan readies to walk the talk, it would make prudent economic sense to let the “thawing process” continue and not hold it hostage to a single-point agenda. The recent trade U-turn by Pakistan clearly demonstrates how geopolitical considerations — rather than economic considerations or rational thinking — drive policymaking in Pakistan.

The writer is a Jammu-based veteran, political commentator, columnist, security and strategic analyst. The views expressed are personal.