Green energy as the next growth propeller

Green energy as the next growth propeller 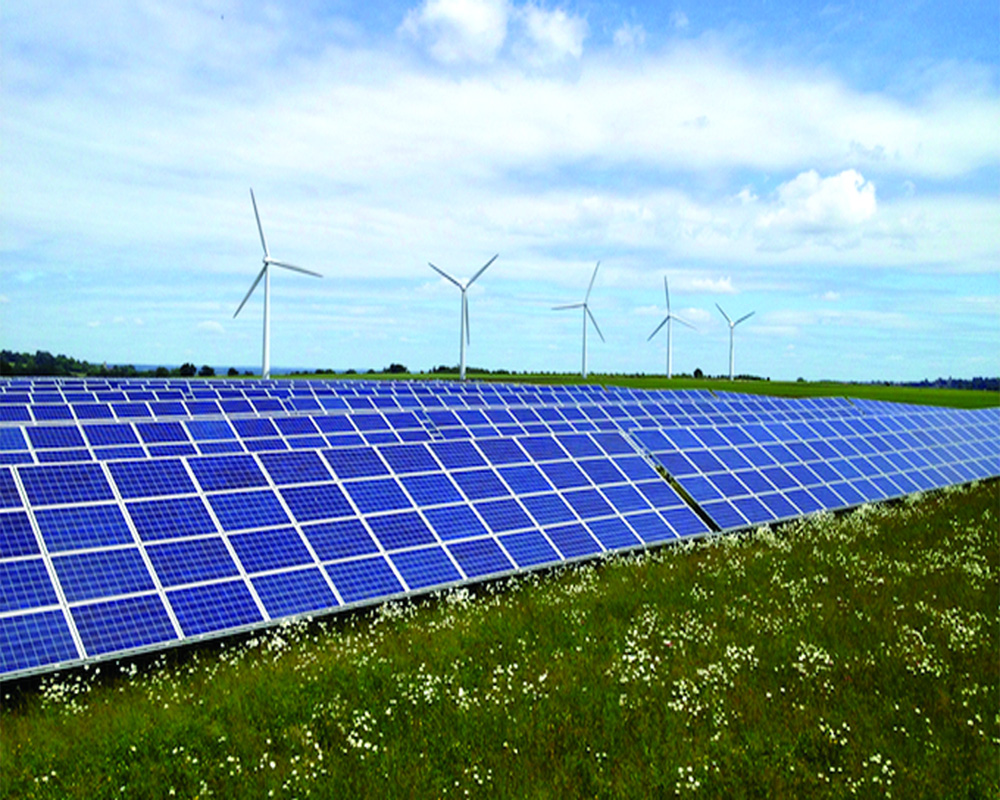 At the Quad summit last week, as also at the last G20 summit, Prime Minister Narendra Modi reiterated India’s commitment to combat climate change, as we move towards the target of “net-zero emissions by 2050”. This calls for far-sighted policy initiatives and a collaborative response with multilateral institutions to achieve a transition to clean energy.

The sunrise sectors that emerged as post-pandemic growth catalysts have been healthcare, ed-tech, digitisation, fin-tech and e-commerce. While there is a greater urgency to transition to smart infrastructure and green technologies, this space is yet to see traction, as renewable energy, electric vehicles (EVs), sustainable infrastructure, smart urbanisation and smart ruralisation, water harvesting, recycling of post-usage wastage and so on, are still in nascent stages of adoption by corporates and consumers.

Currently, there is a resistance to invest in the vast array of utilities and products that come under the sustainability sector, like solar and wind energy, or EVs, as most products have shorter technology life cycles. Also, these products need a proven track record of usage and need to achieve economies of scale to lower costs before consumers actually buy into them.

Just to illustrate this point, electric mobility is a sunrise sector in the sustainability field, with the potential to create 15 million jobs globally. Considering that India has high dependency on oil imports and rising levels of pollution remain a challenge, autonomous vehicles and EVs are a solution to both the problems. Yet, EVs account for less than one per cent of the total vehicles sold in India. Similarly, though solar power prices have declined globally and India produces the cheapest solar power as project costs have declined, the transition to solar energy is just two per cent of the global energy generated.

To accelerate the transition towards deep-decarbonisation and facilitate adoption, the Government needs to further incentivise the supply side through productivity-linked schemes as they have done for batteries, as also spur consumer demand through access to cheaper finance.

India’s weightage is today seven per cent of the world’s GDP, based on purchasing power parity. As we begin the road to recovery and target to reflate to healthy pre-crisis growth averages of six-eight per cent, increased economic activity will mean higher mobility levels and higher manufacturing intensity, therefore, higher emissions.

Even though India maintains that we are on target to achieve the goal of producing 450 gigawatts of renewable energy by 2030, we require $600 billion of funding to leapfrog to that goal. Apart from multilateral funding for mega renewable projects and for FDI for electric vehicles, there is need for easier financing through development finance institutions for long gestation projects. While the Government supports newer financial instruments like green bonds to raise capital at competitive rates to finance climate-friendly projects, public sector banks need to extend lower interest rates to companies at the forefront of sustainable ESG investing.

So, what kind of financial allocations and prospects are we looking at?

Being the most populous country with a high-living density, being a large manufacturing hub and having a large consuming population, our average carbon footprint is estimated at 0.19 tonne per capita among the poor, and 1.32 tonne among the rich. As the target is to cut emission intensity of the GDP by 33-35 per cent by 2030, this in itself holds great business potential.

Second, there is heightened awareness by corporates to provision for ESG investing into their business planning. So, with 24 of the largest conglomerates in India (that contribute to emitting 530 million tonnes of CO2 annually) having signed a declaration on climate change, this is an important beginning, as the private sector plays a vital role in bringing technical expertise and enhanced spending on research and development.

According to the World Economic Forum estimates, a “nature-positive economy” could globally deliver $10 trillion of annual business and create 395 million jobs by 2030. It is projected that for every $1 spent to advance the global energy transition, it offers returns of around $3-8 as renewable and clean energy infrastructure construction generates twice as many jobs per $1 million spent as compared to fossil fuel projects.

With the Government having set an aspirational target of becoming a $10 trillion economy by 2030, much of India’s growth will unfold in the next decade. This makes integrating the principles of green recovery a win-win business proposition that can address the concerns of jobs, growth and sustainability. This is an opportunity that must be tapped into by forging stronger public-private partnerships with the Centre and State Governments, as also by accessing global expertise for technology inputs if we are to make the green transition in conformity with the Paris Agreement.