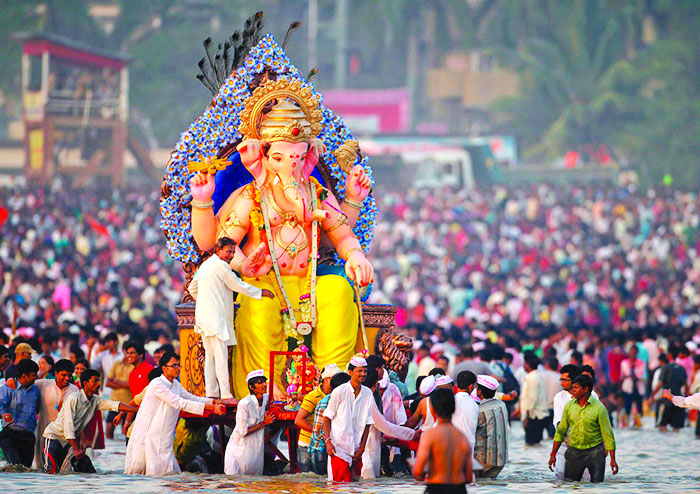 Compared to Abrahamic ideas on faith, which work on the principle of ‘deductive logic’, Hinduism is based on ‘inductive logic’ which has no assumed premise

Anyone who believes in karma in the framework of her/his dharma is a Hindu. The dharma of a soldier varies from that of a pujari; that of a doctor is different from a tailor’s. The dharma of a king or ruler is an onerous one compared to that of a shopkeeper. The former’s integrity is all-important for it would affect the whole country and its people, rather than justifying corruption by asking: “Which country in the world is free from corruption?” The questioning Prime Minister claimed to be a Hindu and invariably wore a string of rudraksha. For a dominantly Hindu country, to tolerate such ignorance at the peak of its society is disgraceful.

The lack of full Hindu awareness could be attributed to the Abrahamic influence over our civilisation. First, it was the Islamist invasions of Mahmud of Ghazni, then of Mohammed Ghori and so on. Much later was the arrival, followed by conquest, of the Christian East India Company. In between, Jews shipped in peacefully. Then was the growth of Marxists who have had a substantial influence on Indian thinking, especially the educated classes. Apart from politics, academics also influences thinking, often much more.

The mix of Abrahamic and Hindu ideas on faith is a sad mismatch. The former four —Judaism, Christianity, Islam and Marxism — are scriptured on ‘deductive logic’ where an assumed premise is given. For example, my god is so-and-so and he is the only god. Or, there is no god; religion is the opium of the masses. Having prescribed such a premise, the deductive reasoning proceeds virtually flawlessly in all cases because it is deduced from an assumed premise.

Hinduism has no such assumed premise. Karma is very similar to the reasoning in physics where every action has an equal and opposite reaction. Every karma causes bhagya, or fate, sooner or later. An illiterate peasant would ascribe his poverty to his unfortunate karma in the past. He is unlikely to blame the rich for having exploited him or his family. Which explains why Hindus are not a revolutionary people, but a tolerant culture and not easily excitable to violence. Despite the widespread poverty in 1947, communism did not get a countrywide response while the Chinese went red faster than a river of blood. Beijing has only two close allies, North Korea and Pakistan; it has annoyed the rest of the world. Can we ascribe this phenomenon to the paucity of faith or religion? Pakistan has pulled a curtain over its conscience due to national poverty. Or else Islamabad would not be the running terrier of a civilisation that is torturing and butchering brother Uighurs in Xinjiang.

Hinduism is based on ‘inductive logic’ which has no assumed premise; in fact, it has no premise at all. It rises from the ground upwards; the reasoning moves up until a conclusion is arrived at. To illustrate briefly, suppose four Hindus happen to meet and discuss a rose. The northerner says roses are only red. The southerner asserts they are only white. The Hindu from eastern India reports that he has seen only pink roses. On the other hand, the person from Maharashtra believes that the flower under discussion is yellow. There is likely to be a debate and the resolution might be that in each area the colour differs. Therefore, roses can have four colours depending on the soil; just because one has not seen it does not mean that a colour does not exist. A staunch Abrahamic would adjudge that roses can be, say, only red; the rest are probably weeds or possibly breeds of other flowers, not roses. This is a sample of ‘inductive logic’ in contrast to the deductive approach.

As far as I know, the word ‘Hindutva’ was first used by Rajnarain Bose, the grandfather of Sri Aurobindo, in 1863. It only means Hinduness. I have recently written a book called The Grammar of Hindudom, rather like Christianity and Christiandom. There are no differences except of emphasis and context. Hindutva is used in the political sphere whereas Hindudom is written when dealing with the socio-economic-cum-political comprehensiveness. Remember, this is the only ideology which has grown from the soil and under the sky of Asia. All others are alien. Marxism was written on a desk in the British Museum library by a German in the mid-19 th century. Capitalism was formalised by Adam Smith in the 18 th century. Fascism or class collaboration was conceived in Italy after World War I. Prof Alfredo Rocco set forth the gist of the ideology leading to class collaboration in 1925 at Perugia. It was felt that capitalism had proved inadequate and unfair to the poor whereas communism was considered dysfunctional. Hence all the classes should combine to pull the society forward. The industrialists should be fair to their workers. If the latter felt dissatisfied, they should litigate but not go on strike. The young village men should get jobs as soldiers. To occupy them, when possible, the State should try to conquer territory abroad. An occasional war would generate demand.