Hybrid warfare is the future of wars

Hybrid warfare is the future of wars 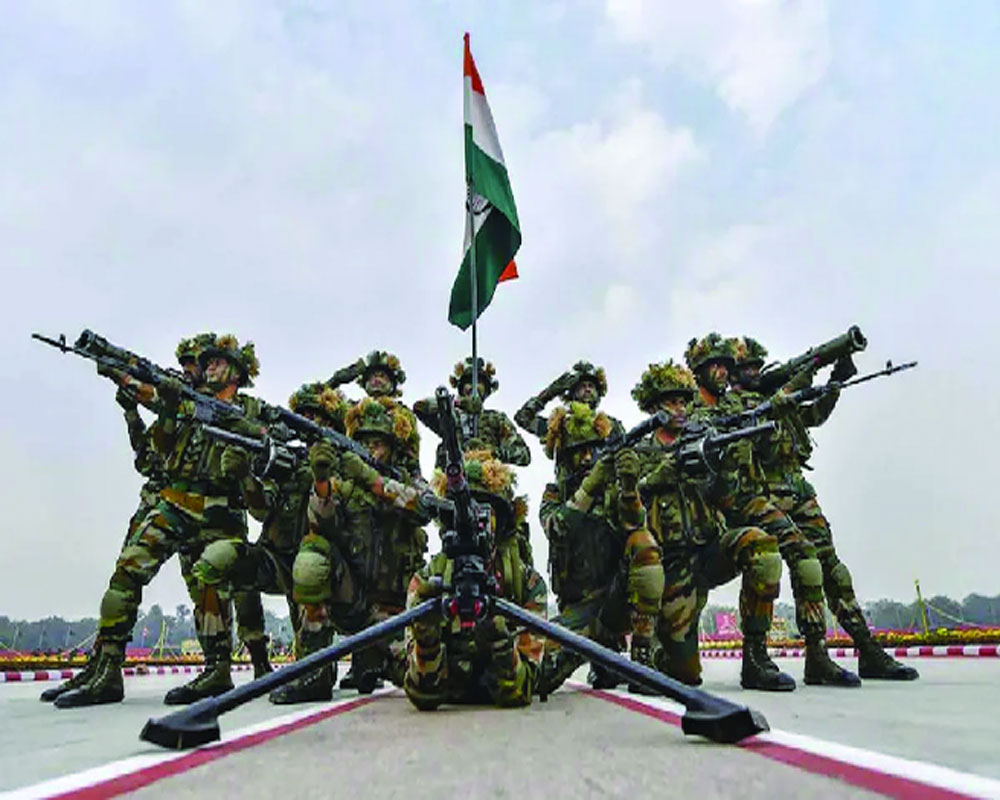 One need not be particularly perceptive or savvy to realise that our regional and internal security environment is extremely fraught and fragile at the present time. The US withdrawal from Afghanistan and the subsequent collapse of the Government there, much like a house of cards, did come as an unpleasant surprise, especially as it turns out that the Pakistan’s ISI supported Haqqani Faction now calls the shots within the Taliban. No wonder then that Pakistan is becoming increasingly emboldened and has once again turned its attention with renewed vigour towards fomenting trouble in Jammu and Kashmir and Punjab.

There are also reports that it is constructing an alternative route into the Chumbi Valley, through Bhutanese territory, that would be less vulnerable to interference and interdiction from our positions in Sikkim. This construction, when connected to the stretch earlier constructed in the Doklam Plateau that leads to the foothills of the Jampheri Ridge, will substantially enhance the vulnerability of the strategically vital Siliguri Corridor that connects the North East.

Our internal situation, too, has similarly become increasingly brittle. Not only has the insurgency taken a turn for the worse in the Valley, given the steep rise in militant activity, but what has really added to the uncertainty is the targeted killings of civilians, especially from minority communities. In addition, the situation in the Poonch-Rajouri sector is fluid. Ongoing operations, in which the Army has suffered substantial casualties, commenced over a month ago, and still show no signs of ending. This suggests that militants are operating in strength, which is unexpected and reminiscent of the conditions that prevailed there a couple of decades ago. We are certainly owed an explanation as to how the situation was allowed to deteriorate to this extent.

The situation in the North East appears to be no better, as the recent ambush in Manipur, that resulted in the tragic death of the Commanding Officer of an Assam Rifles Battalion, along with that of his wife and child, and of four personnel of his escort detail, clearly shows. More importantly, the peace deal being negotiated with the NSCN(IM) appears to be going nowhere.This Can only add to the frustration amongst militants and is hardly conducive to ensuring stability and peace in the region, more so, if the Chinese are back to their old tricks of supporting extremists there.

Over three decades ago, Prof William Lind and his colleagues published their pathbreaking paper, The Changing Face of War: Into the Fourth Generation, in the United States Marine Corps Journal. In it, they identified the central tenets of how fourth generation warfare has evolved and how it differs from its earlier avatars. In their view, each generational change has been marked by greater dispersion on the battlefield. Thus, fourth generation warfare “include(s) the whole of the enemy’s society,” and aims at the “goal of collapsing the enemy internally rather than physically destroying him.” In essence, they viewed fourth generation warfare as undefined, with the line between war and peace, and civilian and military blurring, if not disappearing completely. Such a war would be non-linear with no definable battlefields, and actions would occur concurrently, with society as a cultural and not just a physical entity.

It is wholly inconceivable that our bureaucrats and military leadership are not fully conversant with the linkages and ramifications of these developments. One cannot, however, say the same for our political establishment. It seems to inhabit an alternate universe in which all that matters is promoting self-serving agendas, fuelling dissension and distrust, and winning the next election on the horizon. Unfortunately, by their actions and words, both the military leadership and civilian bureaucracy appear to have forsaken their own moral and constitutional responsibilities and are busy genuflecting to the powers that be.

The quicker we accept that we are already in the middle of a war, in which our very survival as a nation is at stake, the better. In the coming battles, no quarter will be given and losing is just not an option. Instead of creating polarised vote-banks and blaming sections of society for falling prey to enemy propaganda, it is time that the disparate elements of our political establishment came together to spread awareness as to the immense dangers we face. We can only surmount the challenges only if we face them unitedly regardless of religion, caste, creed, ethnicity or gender. It also calls for breaking down the silos in which the security establishment prefers to work by reorganising and reorienting them to be able to work together seamlessly to face the challenge that the fourth generation warfare Poses.