Is conversion racket the tip of an iceberg?

Is conversion racket the tip of an iceberg? 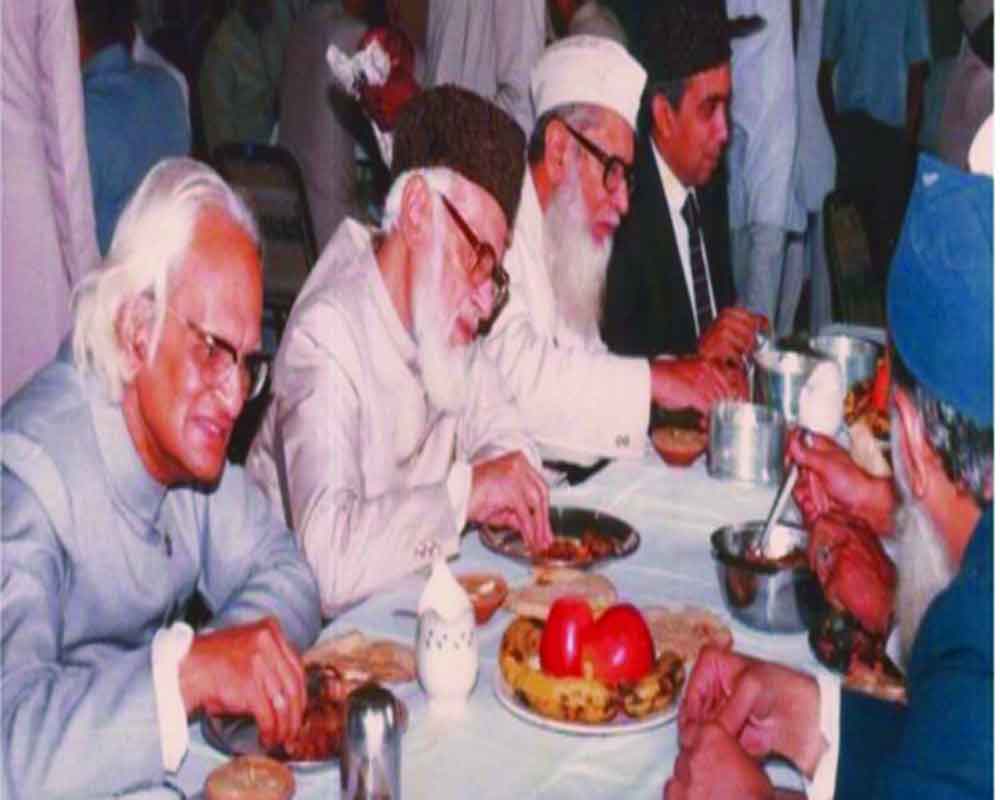 Da’wah, or inviting people in the way of Allah, is an established discipline in Islamic curriculum. It is not bound by fixed rules and regulations

New developments are happening every week in the Islamic ‘forced conversion’ case. The racket was busted in June by the Anti-Terrorism Squad of Uttar Pradesh Police. Some of those arrested — like Maulana Umar Gautam, Kunal Ashok Chaudhuary alias Atif and Dheeraj Jagtap Deshmukh — are recognisably ex-Hindus who became zealous Muslims. Maulana Gautam, who heads the Islamic Dawah Centre (IDC) in Jamia Nagar (New Delhi), was born Shyam Pratap Singh Gautam in 1964. He embraced Islam in 1984 before quitting post-graduation in Pantnagar’s Agricultural University (Uttarakhand).

The IDC, on its website, designates its converts to Islam as “reverts”. While this might appear tactical camouflage, it could actually be influenced by an Islamic myth: The “sovereignty of the world belongs to Allah” (the expression actually used in Pakistan’s Constitution) and everybody is a born Muslim, but should formally adopt Islam by reciting the Kalima. Asaduddin Owaisi on January 5, 2015, emphatically stated at a public meeting in Hyderabad (available on YouTube) that everyone in this world is actually born a Muslim and converted to other religions by their parents. The real “Ghar wapsi” (homecoming), he said, would be when everyone embraces Islam. According to some believers, the Sun, Moon and other planets are also Muslim because they follow the course laid down by Allah.

Islamic conversion, unlike Christian evangelism, falls below the radar. However, Da’wah (or invitation to the way of Allah) is an established and accredited discipline in Islamic studies. In 1980, Darul Uloom, Nadwatul Ulama, Lucknow, introduced a four-year course in Da’wah. It would be relevant to quote what its then Chancellor Maulana Syed Abul Hasan Ali Nadwi alias Ali Mian (1913-1999) stated in the first of his eight-lecture series he delivered (originally in Arabic) on Da’wah.

“There is no denying the importance of the Shar’ah and the obligations — their greatness is an admitted fact — but it is a question of priority (awwaliyah). Which aspect has priority over others? If viewed from this angle, then, according to me, the aspect of invitation to Allah and guidance is dominant (ghalib) over the commands and shari’ah in the Glorious Qur’an. It is because the foundation of faith (iman) is guidance (hidayah) and ‘to believe’ depends on an invitation to Allah and instruction in that……

“Conditions change with time..and the art of inviting people to Allah also needs ready wit and presence of mind. Besides, the one inviting to Allah must have a deep understanding of human psychology and weak points of society. It cannot be said with finality that he should do one thing and desist from another, and that he should adopt and present his invitation (Da’wah) in a particular manner. He has to face some situations in a particular society and very different in other societies. He cannot, therefore, be bound by fixed rules and regulations.” (Inviting to the Way of Allah, 1981, P.8-9).

This implies that fairness or foulness of methods to bring people to Islam is immaterial. It is fair to target the “weak points” of the society like poverty, caste fault lines, and so on.

Late Ali Mian was one of the leading and internationally acclaimed scholars of orthodox Islam in the 20th century. Amongst a number of books that he wrote, and speeches he delivered, the biography Hakim-ul-Islam Shah Waliullah in the series on Saviours of Islamic Spirit stands out. Ali Mian found his icon in Shah Waliullah (1703-1763), the 18th century theologian who tried to reestablish the rule of Islam in the subcontinent in the face of a disintegrating Mughal Empire, to the extent of inviting Ahmad Shah Abdali to invade India.

Da’wah could be a way to reestablish the Muslim supremacy. However, it has a far deeper objective in India. It is about non-violently extirpating “idolatry” and “polytheism” of Hinduism, which denotes Jahilya (darkness) from the Islamic standpoint. The RSS often reminds Muslims of their shared ancestry with Hindus, and the commonness of their DNA. From Islam’s point of view, however, shared ancestry was a period of darkness and nescience towards which there could be nothing more than acrimony and loathing.

Speaking on the eve of the centenary of famous Darul-Uloom, Deoband, in March 1980, Ali Mian said: “I have told Arabs on different occasions that Allah raised them from a state of insignificance to a state of eminence through Islam. I say the same to you now and wish to say as strongly as possible that you too were worth nothing in the past and that you too owe virtually everything to Islam… You can now take pride in the religion of Islam. Think of your past. What did you use to worship in India? You used to worship even things as humble as trees and stones. Who took you out from the deep darkness of such gross ignorance and indignity?” (Live to Lead: A Call to Indian Muslims, P.4-5).

The obvious answer is Da’wah or invitation to the way of Allah. Da’wah is meant to supersede all indigenous faiths. The IDC is only following the script. They could still argue in the court that they have done nothing wrong in the eyes of Islam.