The message of the pandemic

The message of the pandemic 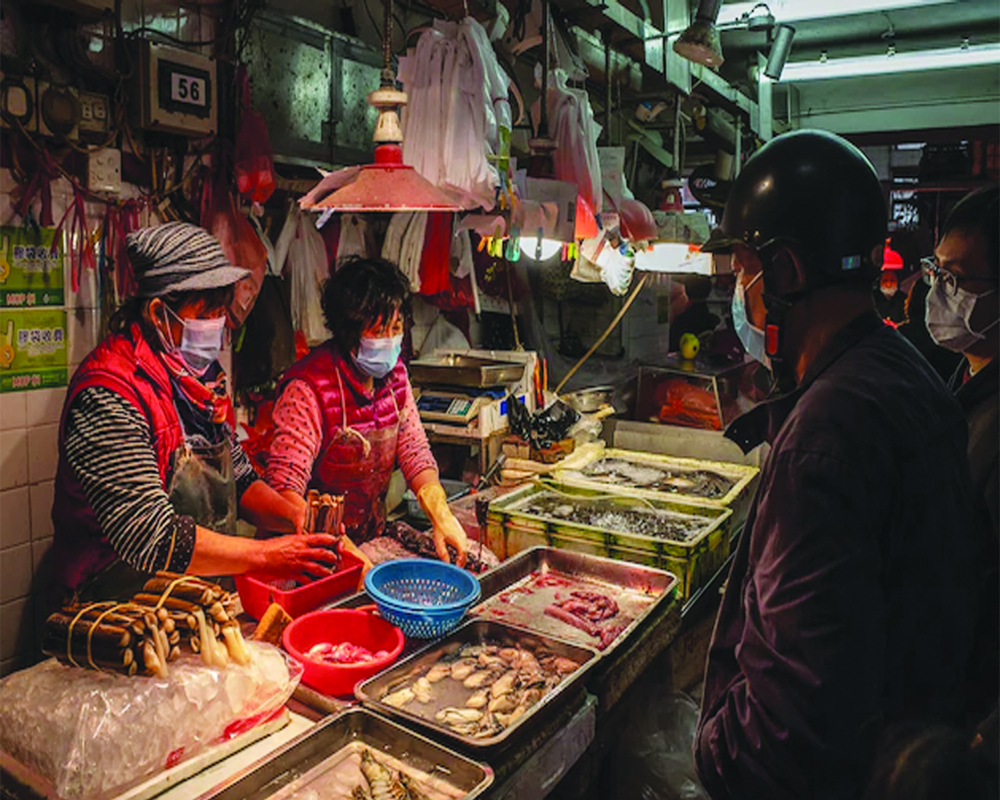 Elements of Nature like water, air, fire, plants and animals sustained our existence but an exploitative approach is recoiling on humankind

The report of the World Health Organisation-appointed team of international researchers that visited Wuhan, China, in January-February 2021 leaves one in no doubt that the COVID-19 virus originated from animals. Submitted on March 30, 2021, it described as “extremely unlikely” the possibility that the virus had leaked out from a laboratory in Wuhan. While saying that the virus had most probably travelled from one animal to another before afflicting humans, it also examined the possibility of the virus travelling directly to people from the original host animals or from the supply chain of frozen or refrigerated foods.

Animals and plants are parts of Nature. The question arises whether the COVID-19 virus, now in its devastating second coming in India, is fundamentally a part of humankind’s growing conflict with it. Like global warming, it is part of Nature’s counter-offensive against our relentless, colonial exploitation of almost every aspect of it, not for just survival but even luxuries. It would have been different otherwise. To quote Mahatma Gandhi’s famous observation: “The world has enough for everyone’s need, but not enough for everyone’s greed.”

A failure to recognise this and confining oneself to an instrumental response to the pandemic would not —  even if it succeeds —  prevent another major or similar calamity from striking us. The instrumental response is, doubtless, critically important in its consequences in the present instance and, equally without doubt, has been grossly inadequate. There has been an obvious failure to anticipate the fearful extent and ferocity of the current surge —  if not the very advent. As has been said, a major problem here has been insufficient knowledge about the virus and the dynamics of its mutations and spread. Hence, some part at least of the response has been on the basis of the knowledge of previous virus outbreaks. However, lockdowns and measures like curfew and other restrictions on movement, while providing some breathing space in the interim, cause substantial economic damage and social disruption in the form of events like the return of migrants.

While this is the best that could be done under the circumstances, matters have been made worse by the inadequate administrative action leading to acute shortages of vaccines, oxygen cylinders, beds in hospitals and intensive care units, ventilators and cremation facilities. This has been the result of complacence and inadequate prioritisation of the fight against COVID-19. Particularly unfortunate has been the role of the Election Commission of India. It should not have spread out the elections in phases, which extended campaigning over weeks in West Bengal and increased the time span of the resultant spread of infection.

This might have had a less disastrous impact had the ECI disallowed, from the beginning, the holding of large rallies and insisted that both those attending and addressing the ones permitted, wore masks. Realising that neither of these was happening, it should have, after due warning to all concerned, banned the holding of mammoth gatherings. It did nothing of the sort. It is perhaps not a coincidence that the ban on the holding of victory rallies came after the Madras High Court had lambasted its role in contributing majorly to the spread of the present surge.

The ECI had either not realised the implications of its decisions or was under pressure to do what it did. It is unbelievable that the former was the case; a person with minimal common sense would have known. Nor can the latter, if it has happened, be an excuse. It had a responsibility to resist pressure and act independently. In either case, its conduct has left much to be desired.

Be that as it may, the question of humankind’s relationship with Nature remains. Its own spiritual and biological attributes, and emergence and evolution in the matrix of Nature, had made its conflict with the latter inevitable. As to the former, MN Roy points out in the second of his Twenty-two Theses of Radical Democracy, “Quest for freedom and search for truth constitute the basic urge of human progress. The quest for freedom is the continuation, on a higher level —  of intelligence and emotion —  of the biological struggle for existence.”

Elements of Nature like water, air, fire, plants and animals sustained human existence; those like floods, cyclones, droughts, fire, wild animals and diseases threatened it. Humans survived by achieving mastery over, and harnessing, natural forces, to achieve ever-increasing levels of comfort and luxury. In the process —  lip service notwithstanding —  it has come to regard Nature as something to conquer and exploit. The COVID-19 pandemic is a result of its abuse of animals.

Individual liberty is important. Modern democracies, however, emphasise that harmonious social existence requires the imposition of some consensual limits on it to maximise freedom for all. The concept has to be extended to Nature, and human activities that damage it beyond the minimum needed, disallowed. No doubt non-human constituents of it, like animals, devour one another and/or plants. They, however, do not play the kind of havoc that humans do.