The national theatre of absurd

The national theatre of absurd 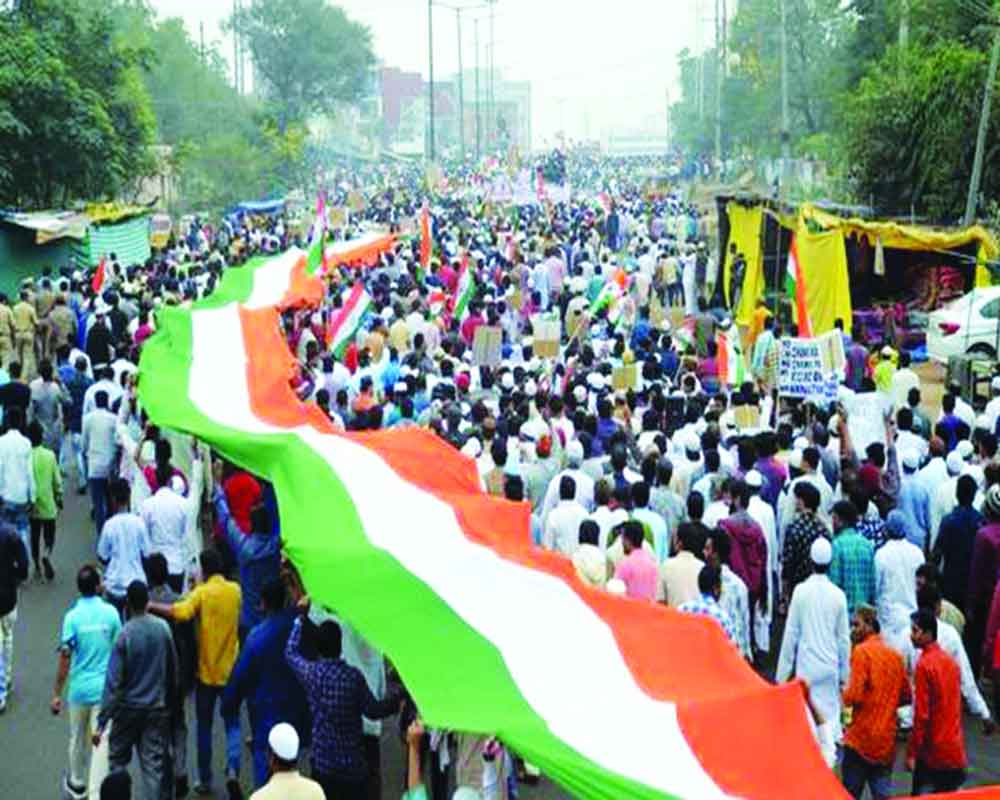 The public mood these days borders beyond logic; moodiness and absurdity rather than rationalism is the new norm

It is time to sit back and relax. It is time to watch the theatre of the absurd. The country which is now run on theatrics is turning into one. The dictionary meaning of the phrase aptly describes what we are witnessing right now: “A theatre in which conventions of plot and theme are distorted to convey the irrational and fictive nature of reality. It leads to isolation of humanity in a meaningless world.” We are all watching it play right here right now!

People are trying hard to create a country where absurdity is the norm rather than the exception; in the zeal to outsmart opponents, stupidities galore. We are turning ourselves into laughing stock. The latest fad — nationalism — is now reaching a feverish pitch. Nothing is sacrosanct; not even your flawless past and it applies to all and sundry — individuals, organisations and now even the home-grown companies. Even the ones touted as the pride of the country are not spared. One posturing against the Hindutva joint family can lead you in trouble. The onus would be on you to prove your innocence.

The latest to fall is Infosys. The company that led India’s “make in India” campaign has hit the quagmire. Even before Prime Minister Narendra Modi coined the “local pe vocal” slogan, Infosys was at it and is now being dubbed “anti-national”. That is if we are to believe Panchjanya, the RSS mouthpiece. This is hilarious as well as a sad commentary of the state we are in. The self-styled nationalists are not only shouting nationalism but also handing out certificates of nationalism. God forbid, if you falter on your promise to deliver a project on time, you join the rank and file of anti-nationals. Reminds one of the scientists in Stalin’s Russia who could not deliver on tight deadlines and ended up in Gulag.

Timeline goes — Infosys gets a contract of Rs 4242 crores to roll out a new income tax portal. It fails to deliver on time and problems dog the system. The Minister calls Salil Parekh, the CEO, something transpires and the meeting fails in fiasco. Lo and behold, in a couple of days, Panchjanya comes out with the story branding Infosys as anti-national. Please draw your own conclusions and spare the writer.

The nationalists’ brigade indeed has come a long way. First, they started small branding anti-Hindutva ideologues as “love jihadis”, “urban Naxals” and what have you. Now anti-national is in. The latest is branding corporate which don’t bow as anti-national.

But then what is the definition of nationalism or litmus test of one’s nationalism? They should praise the dear leader and the ruling party. The singing of the National Anthem or chanting “Bharat Mata ki Jai” is the ultimate test of one’s nationalist credential. That makes both Mahatma Gandhi and Rabindranath Tagore anti-national. Mahatma Gandhi did not celebrate Independence. There was no flag hoisting in the Sabarmati Ashram on Independence Day. Tagore wanted universal brotherhood. He even warned about the dangers of nationalism. Tagore’s fear came alive during the Delhi riots when people were made to sing the anthem while being beaten with sticks by the police.

The Infosys case is an eye-opener. It is a $100 billion company. A reputed company which employs more than two 2.5 lakh people become anti-national overnight. Infosys ranked number 3 on 2019 Forbes’ World’s Best Regarded Companies list. Surely for argument’s sake, it doesn’t matter if it is the big company, it can still indulge in anti-national activities. But then it is not an underground company.

Go arrest them all and seal the premises. That is how easy it is. But that is not the idea. The idea is to arm-twist and make it fall in line. Now the onus is on the individual or the company to prove that it is not anti-national.

A couple of weeks back, Union Commerce and Industry Minister Piyush Goyal targeted the Tata Group. He said that its business practices went against national interests. Yet another well established corporate paying the price of being not conforming to the Government’s dictates.

Recently, the Twitter CEO donated generously to an RSS-supported NGO. To put it in perspective, Jack Dorsey, CEO of Twitter, donated $2.5 million in his personal capacity to Sewa International, an affiliate of the RSS. Dorsey’s announcement sparked off controversy on Twitter itself but that proved nothing more than a storm in a teacup. What is interesting is that the grant came at a time when Twitter had suspended accounts of the right-wingers for hate speech. It included an account of actress Kangana Ranaut’s. It was seen as an attempt to stifle right-wing voices; interesting coincidences there.

A couple of days from now is September 18, which happens to be the birthday of Samuel Johnson who once said that patriotism is the last resort of scoundrels. He was so damn right. Was he talking about us? By the rate we are branding people and organisations anti-nationals, the country would soon have more anti-nationals than nationals in the country. And that would be a self-defeating proposition.

The nationalists would become a minority and thus vulnerable so they shouldn’t do it. An absurd argument, isn’t it? It is, but then what is sane about our times!

(The writer is a columnist and documentary filmmaker. The views expressed are personal.)