Time to make a fresh start

Time to make a fresh start 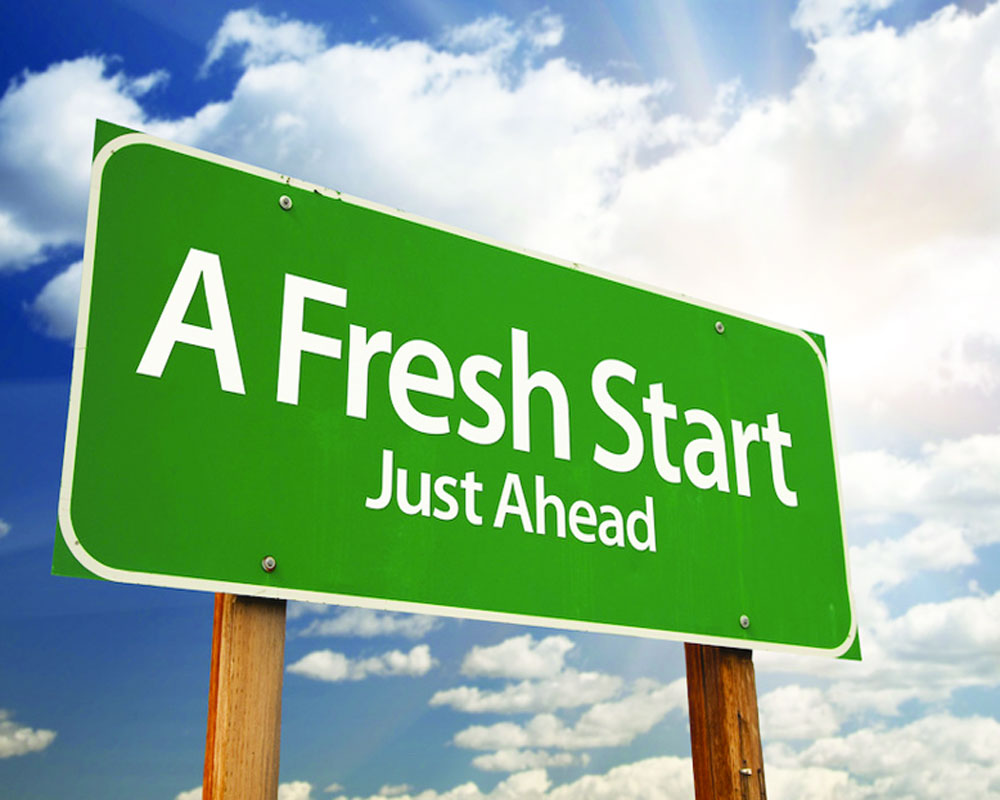 There is often talk of history of the planet and history as a discipline. The bald truth is that most histories are actually recalls of experiences of a limited part of the planet over some limited geography with a given vantage point of perception. There is nothing wrong with that. The problem is when it gets mistaken as something which applies globally or has significance beyond its boundaries of focus. This is a common error. It is akin to a half-educated person who begins believing that his/her experience and perception has universal validity. It can never be the case. This is matched by another cardinal error namely, that of expecting others to respond to our expectations. An index of fair relationships requires recognising varying expectations. But varying expectations cause conflict, confusion and heartbreak. The attempts at resolution of varying perceptions and outcomes are often half-baked, if not irrelevant. The fundamental laws of life require an understanding of the aggregate power of human civilisation and the Earth’s ecosystem. As distances shrink and time expands because of technology, the fundamental constructs of “how to think” need serious thought. This is apparently yet to be tabled as a major global agenda for reflection and action. The proposition would be clearer if what is said in the above paragraphs is focused on “energy studies.”

That life itself needs energy is fairly well-recognised. Where that energy comes from has many schools of thought. Those who find the cartoon character of Mandrake interesting, obviously, will believe in the power of the brain. There are claims in ancient texts of interplanetary travel of mental visualisation though brain power. Hence the ability to recognise inner power and experience wholeness of external energy should be a legitimate goal of a person claiming to be educated. At a personal level entropy is a formidable reality. Expression of entropy is in the form of aging. Organisation of self is a major challenge and a realistic hierarchy of personal values is essential to make relationships work. This is again one of those areas where a lot more attention needs to be paid than has been possible so far. At the global and the external level, like in the case of the inner world, it is important to realise more evolved postulates. That energy flows from the Earth back into the universe surrounding it as heat energy in the form of infrared radiation needs to be seen as one of the basics of all energy studies.

Putting it all together, the Covid-19 experience should be helping the planet to revisit its assumptions of learning, be it internal or external. If that were one of the outcomes of the shake-up the planet is going through it would be a civilisational gain. As of now, individuals have suffered, groups have been shaken and assumptions of productivity and progress look greatly challenged. Whether it has caused any new constructs to emerge remains to be seen. This is totally understandable because the Covid experience is still an unfolding reality. Perhaps one of the biggest results of this extended experience is the general fatigue the whole experience has caused. Being alert in one’s own defence requires a general environment of good sense, and as any thinking person knows, good sense is rare. People risk suffering and even death when their balance of energy has been exhausted in taking extended precautions. Time not only heals, it also exhausts.

The important question remains, are there limits to human response to feelings of agony and testing times? As attempts to restore past lives gain strength, the approach seems to be to bring it back to where it was to pre-pandemic experiences. That is understandable, but there should be an attempt to create something different, incorporating the learning of underlying behaviour of the human species. It is time to hold up the process of regression. It’s time to make a fresh start. One needs to look at new assumptions and approaches to create a world order for the future of the planet and its inhabitants.

(The writer is an internationally acclaimed management consultant. The views expressed are personal.)